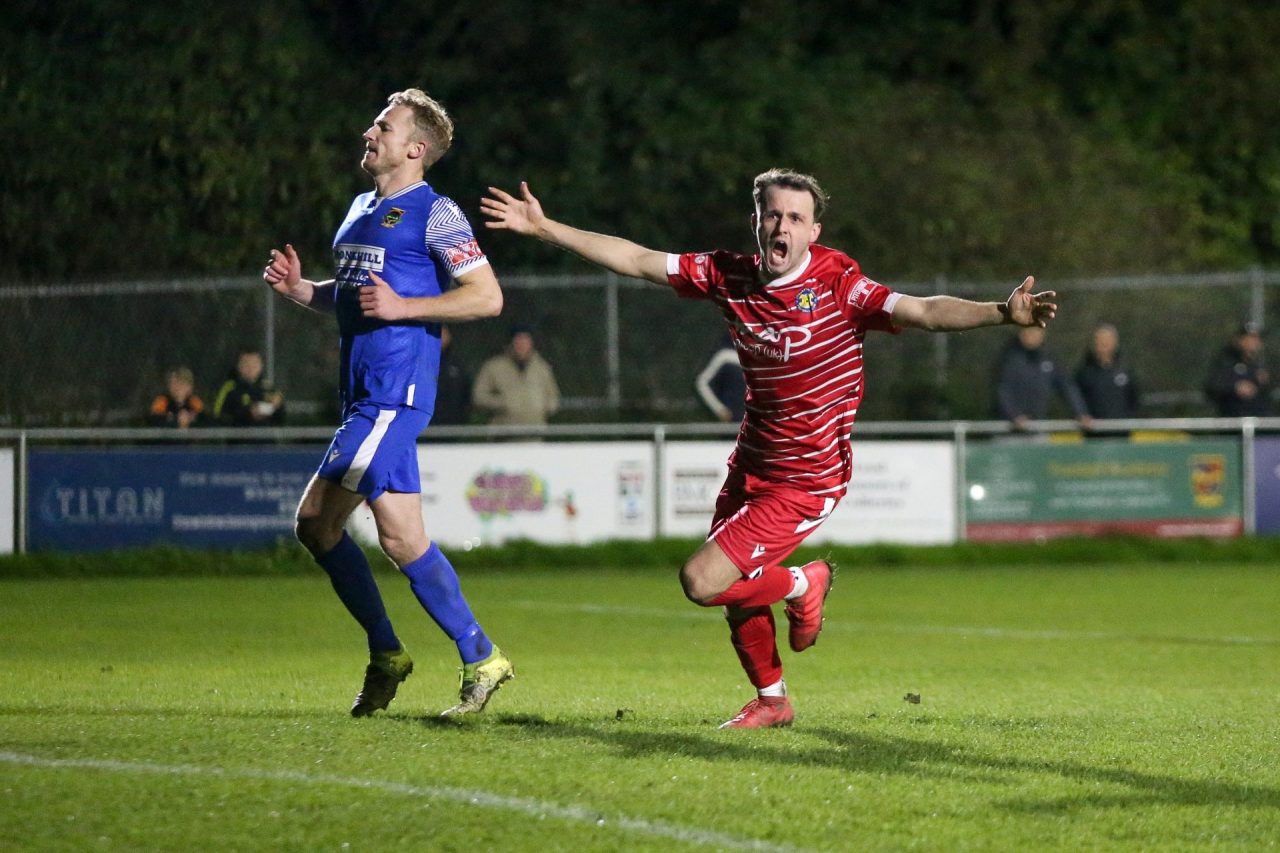 Elliott Beddow scored his second goal in as many games although Stockton Town lost out to Pontefract Collieries – in a game which saw the hosts end a man down.

Beddow fired the Anchors in front shortly after the break following a fine break away move before the hosts equalised just minutes later through Joe Lumsden.

Pontefract earned all three points late on as Spencer Clarke headed home from a corner, with Jack Shephard sent off for the hosts for an act of violent conduct in the aftermath of the goal.

Michael Dunwell named three changes to the side which faced Dunston on Saturday, with Cameron Painter, Mikey Roberts and Elliott Beddow entering the starting line-up.

It was the Anchors who had the first big chance of the game as Beddow teed up Stephen Thompson who fired over the bar on the edge of the box.

Big changes were few and far between in a tightly contested first half with Jack Vann going the closest for Pontefract with a strike that went just past the post.

Beddow had the first chance of the second half as he was played through by Thompson but his right footed effort was smothered by Jack Boyes.

Stockton took the lead just moments later as the Anchors broke from a Pontefract set piece in clinical fashion. Mikey Roberts played Beddow in behind the defence and the striker raced through and smashed his effort into the top right corner on his left foot.

Beddow was denied his second of the game by a brilliant save from Boyes as the striker headed Thompson’s free-kick goalwards.

Lewis King blocked Gavin Allott’s close range shot on the goal line as both sides looked for a winning goal.

Callum Roberts made a superb reaction save to prevent Adam Nicholson’s intercepting header from ending up in his own net.

The hosts took the lead as Spencer Clarke headed home whilst Jack Shephard was sent off in the aftermath for violent conduct.

Boyes made a great save to deny Beddow on the volley as Pontefract held on to take all three points.

The Anchors are back in action on Saturday 22nd October to face Bridlington Town at the MAP Group UK Stadium – 3pm kick off.