Anchors edged out at league-leaders Liversedge 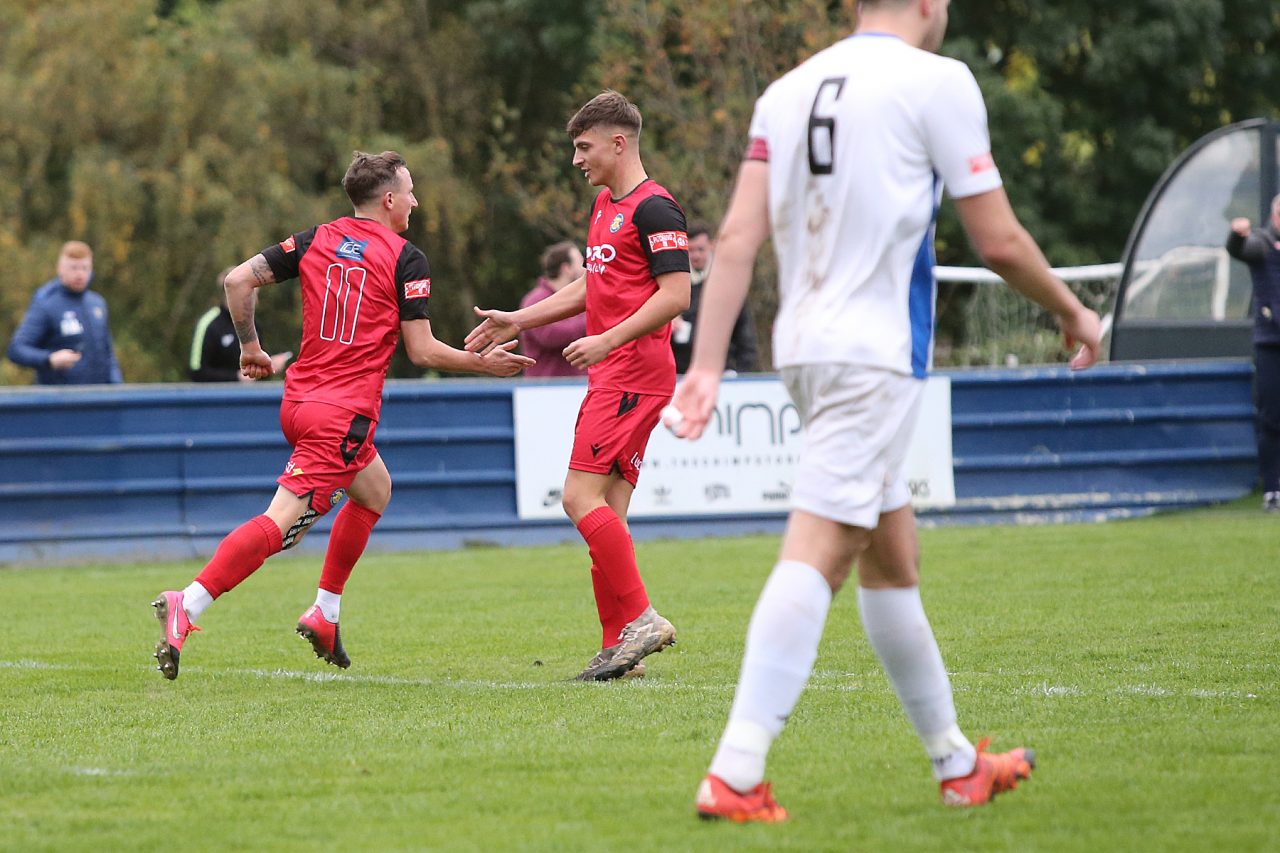 Mikey Roberts and Kev Hayes were both on target, but Stockton Town were edged out against league-leaders Liversedge at Clayborn.

Sedge opened up a two-goal lead ten minutes before half-time, with Kurt Harris and Gavin Allott on target for the hosts.

Mikey Roberts continued his excellent form with a goal back two minutes into the second half, before controversy struck as Liversedge increased their lead from a dubious award of an indirect free-kick from six yards.

Kev Hayes reduced the deficit once more with a finish inside the penalty area with twenty minutes to play, but Walker sealed all three points for the division front runners deep into second half injury time.

Michael Dunwell named two changes from last Saturday’s 4-1 victory against Pickering Town, with Tom Coulthard and Alfie Conway named in the starting line-up, the latter making his first senior start for the Anchors at just 16 years-of-age.

Jamie Owens, who is two goals shy of 100 for the club, went close to opening the scoring just two minutes into the game, the striker latched on to Tom Coulthard’s brilliant clipped through ball to cut into the box and firing narrowly wide.

The opening 15 minutes of the game were a closely fought affair, with Ben Atkinson striking wide after cutting in from the right-hand side.

Sedge almost took the lead half-way into the first half, Alfie Raw delivered a dangerous cross into the penalty area, Gavin Allott connected and Callum Roberts got a touch to it, before Tom Coulthard cleared off the line and Nicky Walker went close.

Atkinson had a huge chance to put the league leaders ahead, but the striker blazed high over the bar from inside the penalty area.

The Anchors resumed the second-half with increased purpose and were rewarded with a goal back inside two minutes of the restart, Shane Henry clipped a delicate through ball behind the Liversedge defence and Mikey Roberts raced in to slam home with a smart finish for his third goal in two matches.

Roberts was close to equalising just moments later, the forward tested Jon Stewart with a shot but it was saved.

Owens almost pulled off a spectacular chip from 40-yards as Stewart was out of his goal, the striker’s effort just landed over the bar.

Just as the Anchors were building ahead of steam, the hosts were controversially awarded an indirect free-kick six yards out, as the referee deemed Callum Roberts to have picked up a back pass, despite the ball unknowingly ricocheting off a Stockton defender.

Nathan Mulligan was booked for dissent in the aftermath but it little to nothing to deter Stockton protests.

Hayes pulled Stockton back into the contest with a close range rebound after Nathan Steel’s effort was palmed away by the Sedge ‘keeper.

Hayes almost equalised with a sumptuous free-kick from 25 yards, the winger’s effort hitting the crossbar and bouncing over.

The Anchors pushed forward for an equaliser and were agonisingly close to finding just that, Jonathan Franks sent a ball into the box and Owens scooped to head home but it went just wide.

The Anchors are next in action on Saturday, as they make their longest league trip of the season to Lincolnshire to face Lincoln United.