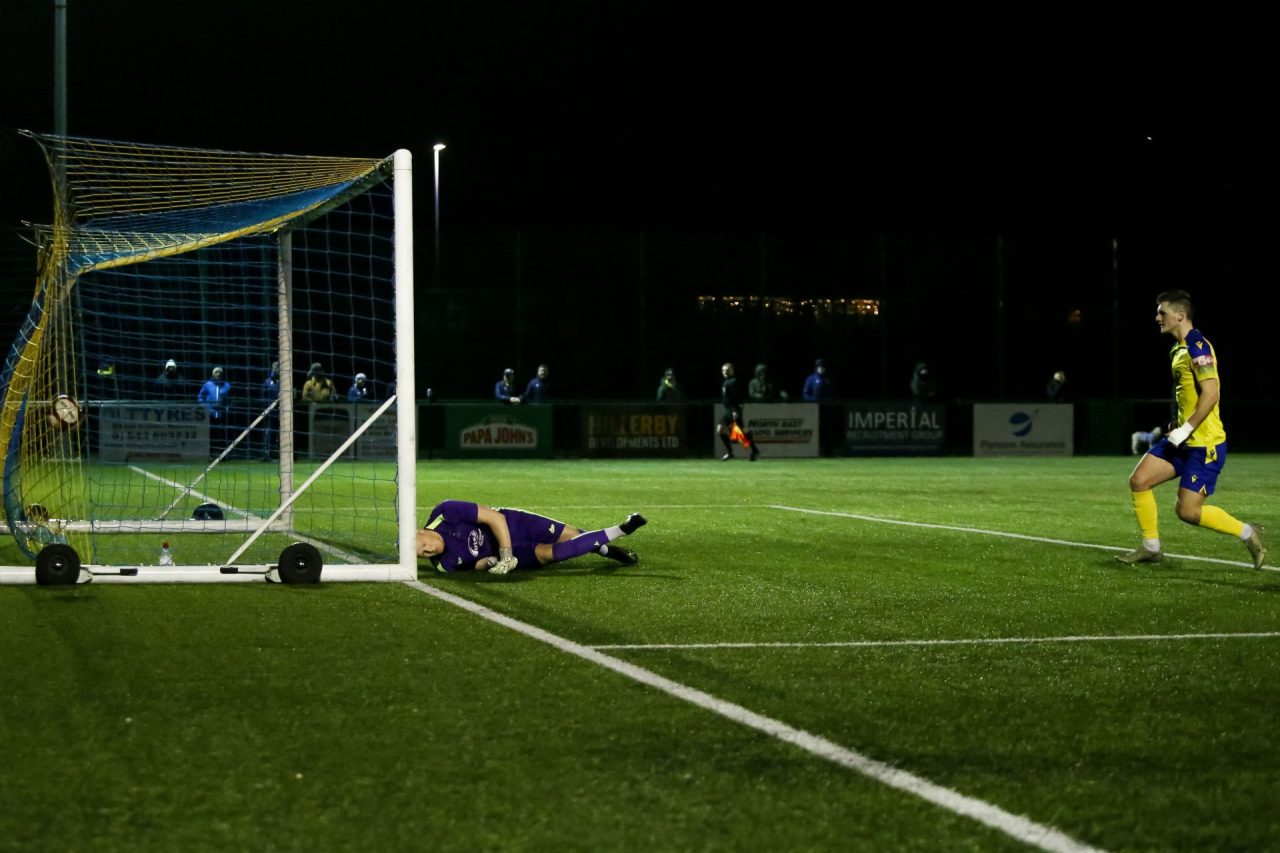 Stockton Town bowed out of the Durham Challenge Cup with a quarter-final defeat to Dunston.

Dunston scored two goals early in the first half, and despite Cameron Painter’s goal which pulled it back to a one goal lead, Dunston held on before they secured the win late on.

Liam Thear, Carl Finnigan and Michael Fowler scored for Dunston in an end to end game that was filled with chances.

Dunston had the first good chance of the game, when a shot from Liam Thear forced Patrick Boyes into an early save.

Dunston took the lead in the 12th minute when a header from Liam Thear was adjudged to have crossed the line, despite Patrick Boyes’ best efforts to keep it out.

Dunston doubled their lead after 32 minutes when they caught Stockton on the counter. Thear found himself through one on one and he unselfishly squared it across to Carl Finnigan who tapped into the empty net.

Stockton pulled a goal back in the 35th minute when a brilliant ball was put into the box which Cameron Painter managed to get a foot on and loop it over the goalkeeper.

Dunston took a one goal lead into half time with the score at 2-1.

The second half started with Cameron Painter being shown a yellow card for a dangerous tackle in midfield.

Moments after, Dunston’s Liam Thear almost broke the crossbar with a thunderous volley from about 30 yards out which was inches away from securing Dunston’s goal of the season.

The Anchors made two substitutions in the 57th minute, and were forced into a third, only two minutes after, when Cameron Painter was carried off injured and taken straight to the changing room.

Stockton’s best chance of the second half then followed when Glen Butterworth timed a run to perfection but his effort was saved well by Anderson in the Dunston net, then Dale Mulligan’s follow up was blocked brilliantly before he sent his final effort over the bar.

Stockton ‘keeper Patrick Boyes made a flurry of top quality saves to keep Stockton in the game in the second half, but in the 88th minute there was nothing he could do when a shot from Thear bounced off the post straight into the feet of Michael Fowler who tapped in to secure Dunston’s place in the semi-final.

The Anchors now look to bounce back on Boxing Day in a derby game at home to Consett.