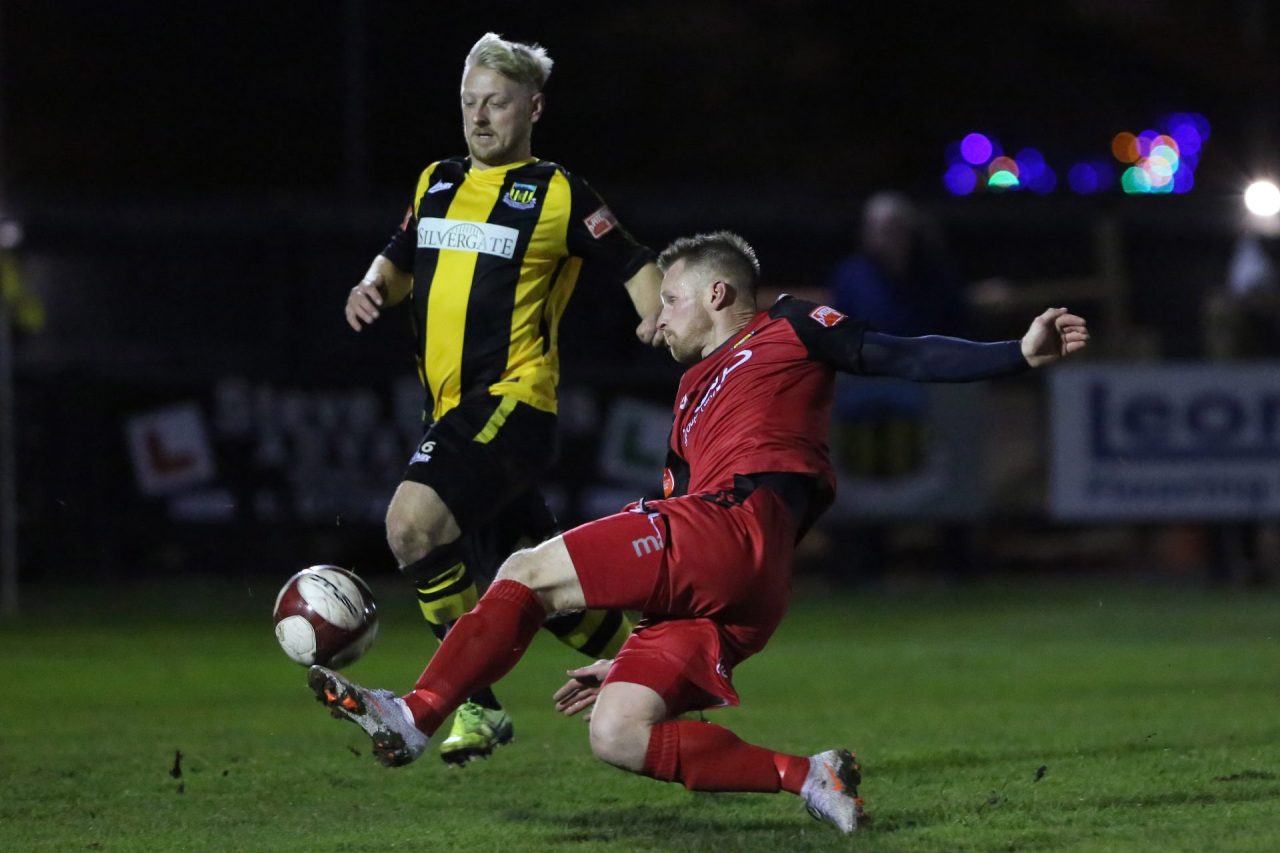 Stockton Town progressed through to the next round of the Durham Challenge Cup after a 2-1 win at Hebburn Town.

Adam Nicholson headed the visitors ahead inside two minutes before Jonathan Franks netted his first goal of the season.

Kieran Aplin scored just before half-time and although the Hornets went close to levelling late on, the Anchors held out to book their place in the Second Round.

Manager Michael Dunwell made five changed to the side that thrashed Hebburn at the weekend, and it was the Anchors that started on the front foot and quickly broke the deadlock.

Franks whipped in a dangerous corner from the left side and Nicholson got above his man at the back post before heading home from point-blank range.

Callum Roberts was called into action in the sixth minute to tip Amar Purewal’s goal-bound shot around the post.

The lead was doubled in the 21st minute when Franks’ free-kick, from the left, curled into the back post and nestled into the bottom corner – after Kieran Hunter come to collect and missed the ball.

Hebburn reduced the deficit with three minutes of the first-half remaining. Aplin curled a delightful free-kick into the top corner of the net, which left Roberts helpless in the Stockton goal.

After half-time, the Anchors edged the first 10 minutes, with Alfie Conway, Franks and Nicholson going close.

It wasn’t until deep into injury time, at the end of the second half, when the Hornets took a foothold and went within inches of snatching an equaliser.

Firstly, Roberts produced a world-class save to not just get a glove on a header, but to also get it away from the danger area. Just a minute later, the post came to Stockton’s rescue.