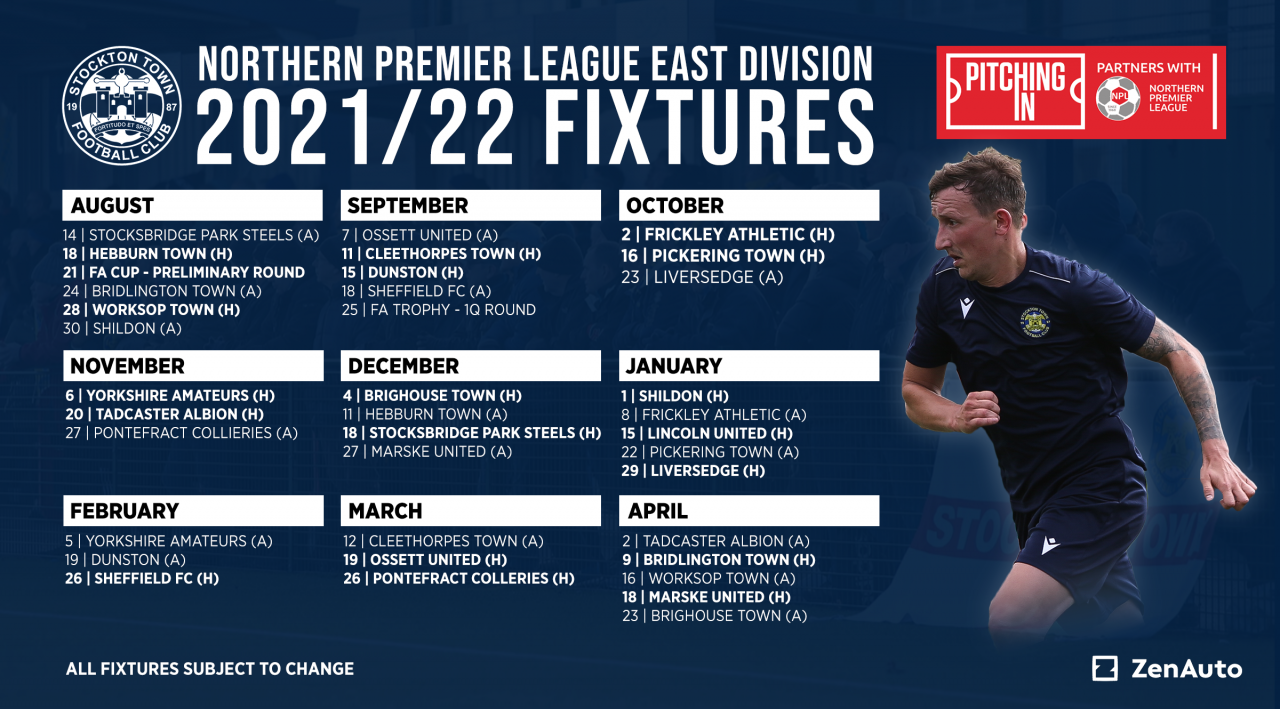 Stockton Town will begin their inaugural Northern Premier League East Division campaign with a trip to Stocksbridge Park Steels on the opening weekend of the season.

The Anchors’ first home game as a step four club will be a blockbuster clash against fellow promoted club Hebburn Town at the MAP Group UK Stadium on Wednesday 18 August.

Michael Dunwell’s men will travel to Dean Street to face the another promoted Northern League club, Shildon, in a Bank Holiday fixture on Monday 30 August.

Completing the schedule for the first month of the season is a trip to Bridlington Town – who the Anchors defeated 4-1 after extra-time in the Buildbase FA Vase during the 2019/20 season – on Tuesday 24 August and a home game against Worksop Town on Saturday 28 August.
Stockton are set for a local derby in the traditional festive fixture – which will be on Monday 27 December – as they travel to Mount Pleasant to take on Marske United.

Dunwell’s men will also have a New Year’s Day fixture for the first time in the club’s history as they will play host to Shildon on Monday 1 January, 2022.

The key run-in sees the Anchors face three away games in the last month of the season; with trips to Tadcaster Albion and Worksop before concluding the season at Brighouse Town on Saturday 23 April, 2022.

The final home game of the season will see Stockton host Marske for the first time since their dramatic FA Vase Semi-Final Second Leg, which saw The Anchors progress to the Wembley final 3-2 on aggregate – that game will be on Easter Monday (April 18).