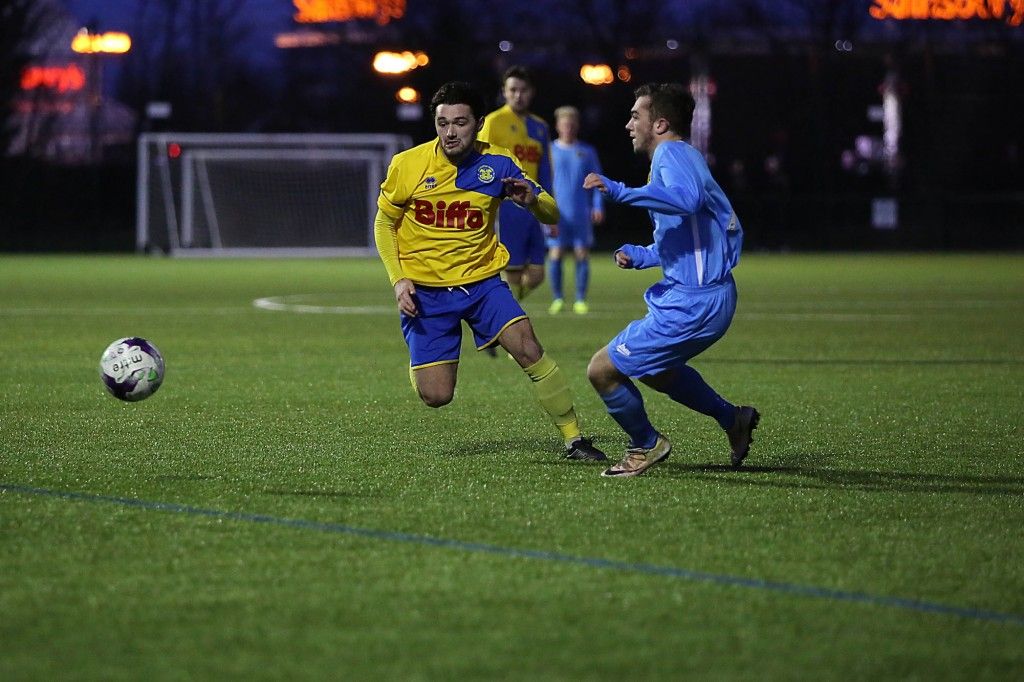 STOCKTON TOWN made it ten out of ten in the league with a convincing 7-0 triumph over Crook Town on Saturday.

The win consolidates Stockton’s position atop the Ebac Northern League Division Two table and ensures the Anchors head into the final twelve games of the campaign in unrivalled form.

The visitors came flying out of the traps with Daniel Mann forcing a block out of skipper Adam Nicholson in the first 30 seconds. It was to be the only real chance of note for Crook in the first half. 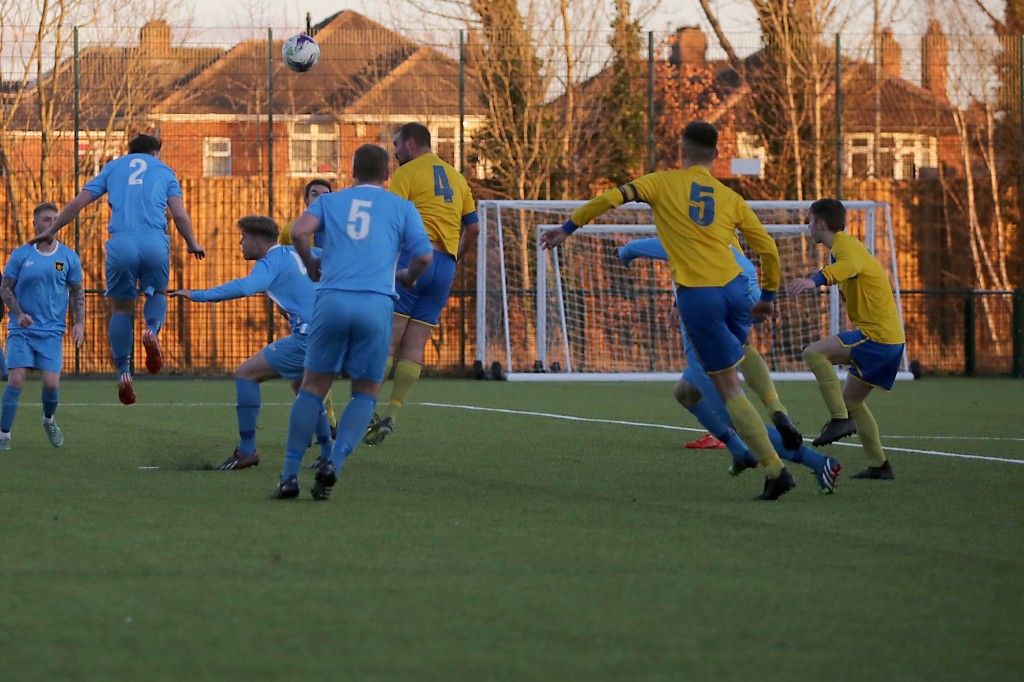 Three minutes later they were behind. A perfect Max Craggs corner from the left was headed home by an unmarked Chris Dunwell to set the tone for the afternoon.

Stockton were in total control and it was a matter of when, not if, they extended their advantage. Kallum Hannah’s backheel was cleared off the line after a goalmouth scramble and Adam Nicholson’s header beat Niall Harrison but struck the Crook bar and went over.

Stockton’s pressure finally told when Kev Hayes was upended on the edge of the Crook area. Craggs stepped up and his 20 yard effort curled over the wall and past Harrison to double the advantage just after the half hour. 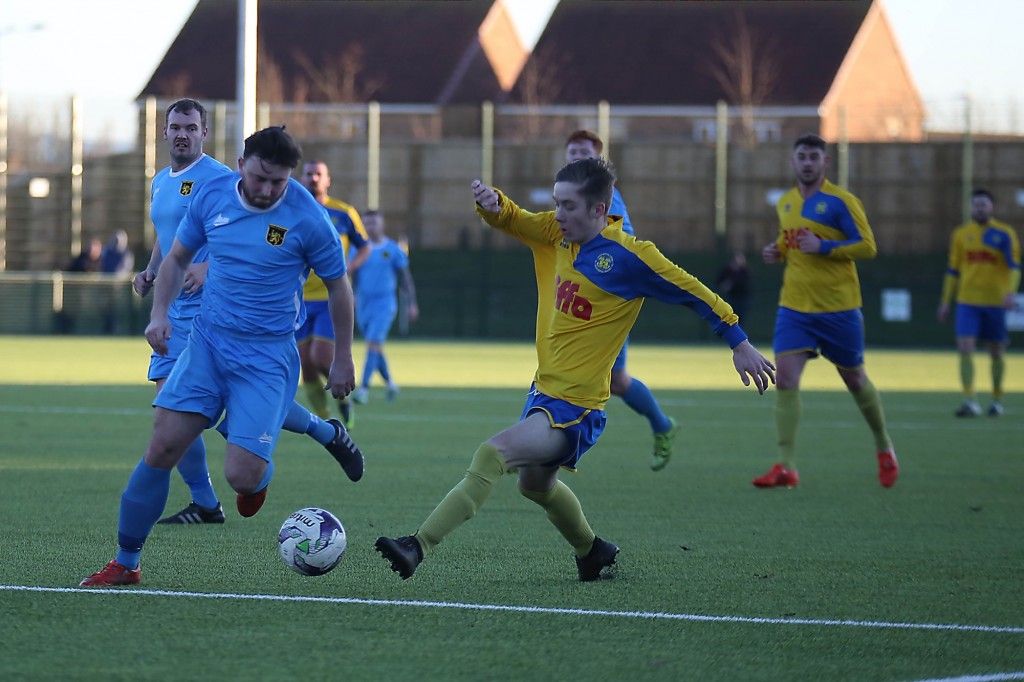 The Anchors continued to dominate and were pressing for a third as the half drew to a close. Carter and Hannah were both denied by excellent, point blank Harrison saves as they looked to put the game beyond the visitors.

Hannah wouldn’t be denied for long, though. Hayes’ marauding left wing run beat Declan Moss and the right back’s late challenge gave the referee no choice but to point to the spot. Hannah stepped up and finished clinically to Harrison’s right to send the home side in three up at the break.

Stockton continued their dominance into the second half and after a smart save from Liam Jordan to deny James Warnett they were back on top. The fourth came just after the hour when two substitutes combined. Joe Posthill’s 25 yard drive was fumbled by Harrison and Joe Scaife-Wheatley capitalised on the rebound.

The floodgates opened soon after and it was five moments later. A deep cross to the back post was headed back across the face of goal by Scaife-Wheatley and, another substitute, Sonni Coleman nodded in from close range. 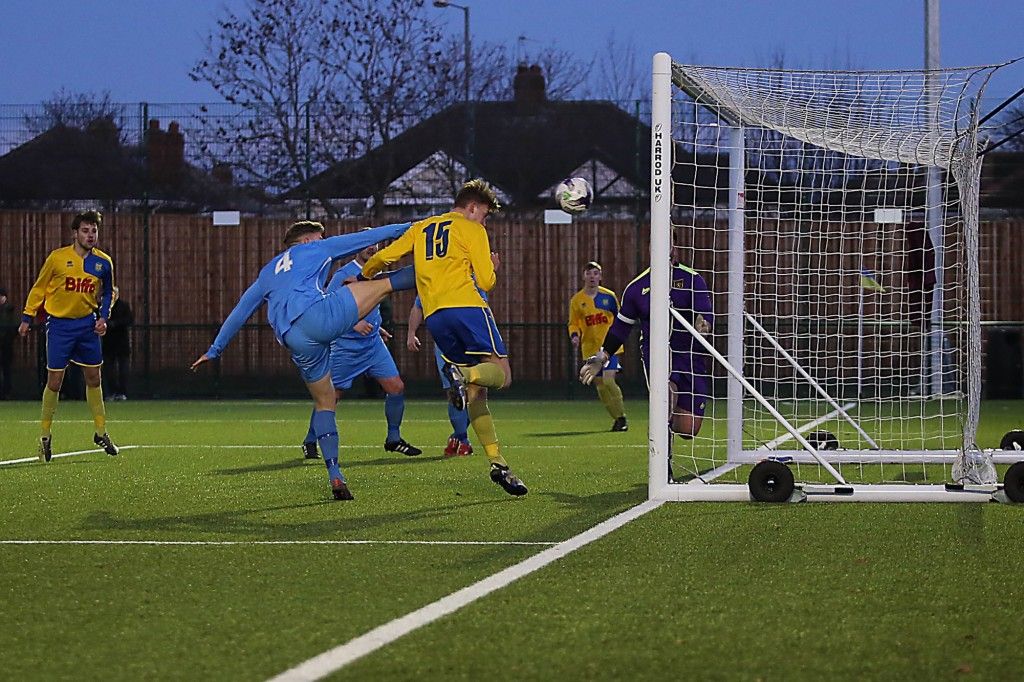 Five became six in the 85th minute with the Crook defence at sixes and sevens. An attempted clearance ricocheted off Adam Nicholson and forced a good save from Harrison. The captain responded quickest to the rebound and squared to Coleman for his second tap in.

The icing was put on the cake in calamitous circumstances just before the final whistle. Hannah blocked an attempted clearance from Harrison inside the six yard box and Posthill capitalised for his first goal for the senior team. 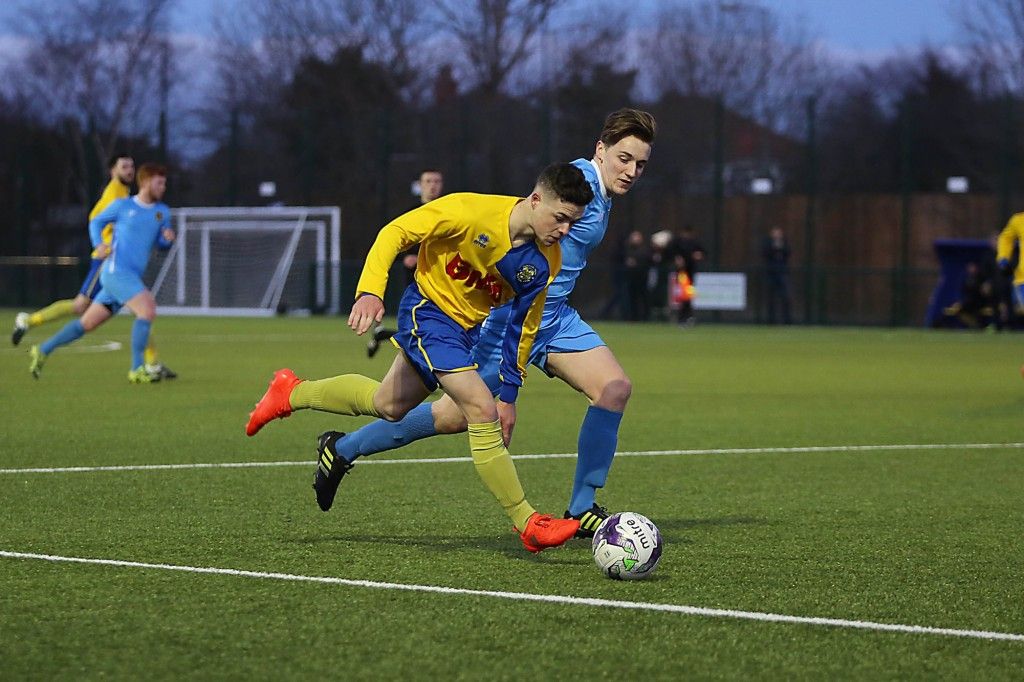 Stockton Town return to action in the League Cup on Tuesday night when they travel to Consett.