Jamie Owens salvaged a point for the Anchors when he scored a stoppage time header at Hillheads. Whitley Bay had opened the scoring late in the second half through Craig McFarlane and despite creating several opportunities especially in the first half, The Anchors looked to be heading for a defeat before Owens excellent flicked header.

Stockton headed into the game looking to build on wins over Barnoldswick and Esh Winning and Whitley Bay had scored two injury time goals to take a point from their game with Thornaby on Tuesday night.

After a scrappy opening, the away side dominated the first half and their first genuine chance fell to Max Craggs who was set up by Owens but from 12 yards and time to pick his spot the effort was too close to keeper Lister and the Whitley goalkeeper managed to get to the follow up effort from the rebound too.

Just minutes later a ball in from Tom Coulthard was headed against the bar by Craggs, with Lister beaten it dropped to Owens who backheeled it back towards goal but into the hands of Lister still laid on the floor. 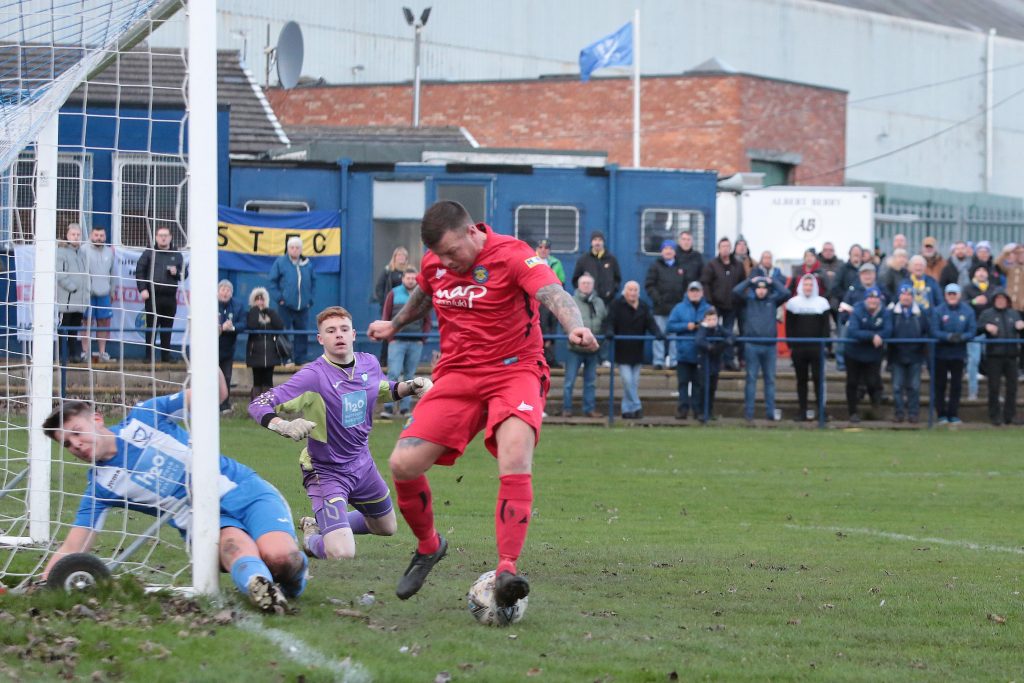 Owens tries to convert after Craggs header had clipped the bar

Craggs was involved again as frustration grew for the Anchors. First his freekick was headed down by Adam Nicholson and Kev Hayes half volley effort was wide. Then another Craggs free kick flicked on by Owens was just missed by a sliding Nicholson at the far post. 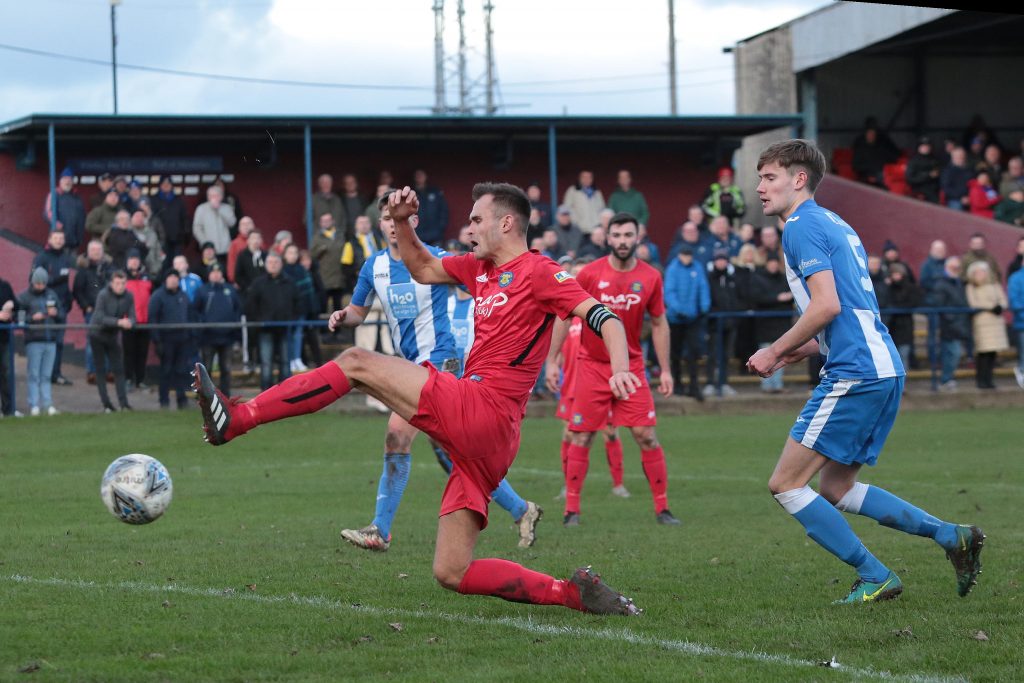 Nicholson inches away from opening the scoring

Finally Craggs with another free kick took the shot on but over the bar. 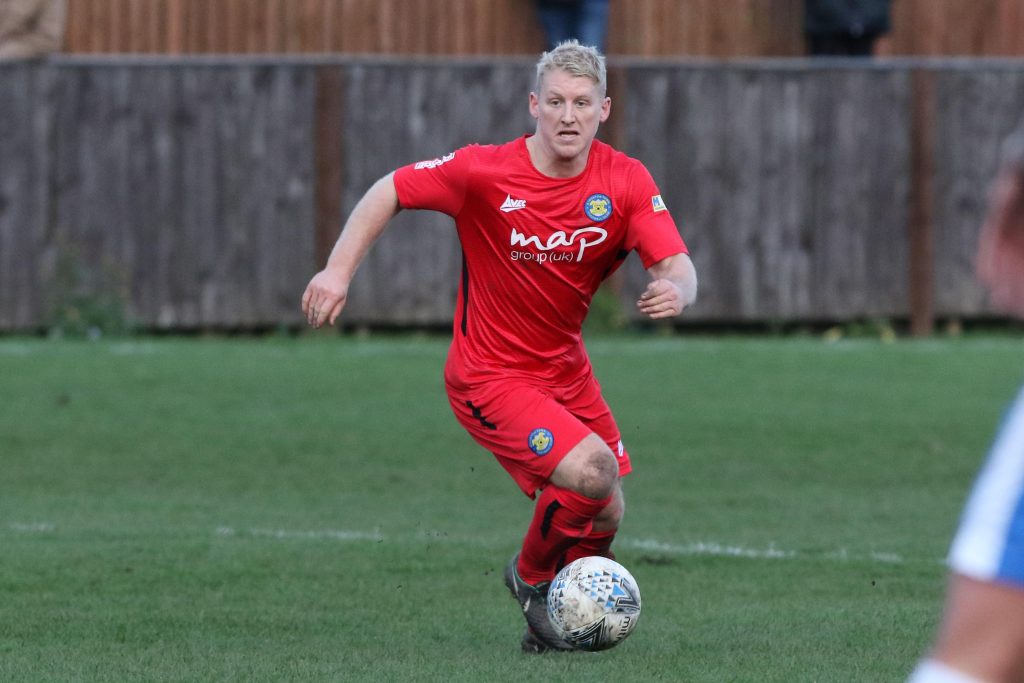 Stockton continued to dominate possession and territory and ended the half with a couple more opportunities. Tom Portas surged forward but his shot from 18 yards was straight at Lister. Then Jamie Owens cutting in from the left sent a shot wide from range. HT 0-0

Stockton continued to search for the opener in the second half but were unable to craft a any real golden opportunities.

In the 55th minute, Craggs headed over from Dan McWilliams’ cross. Several minutes later Owens sent a shot wide. McWilliams then sent a cross in that evaded everyone. 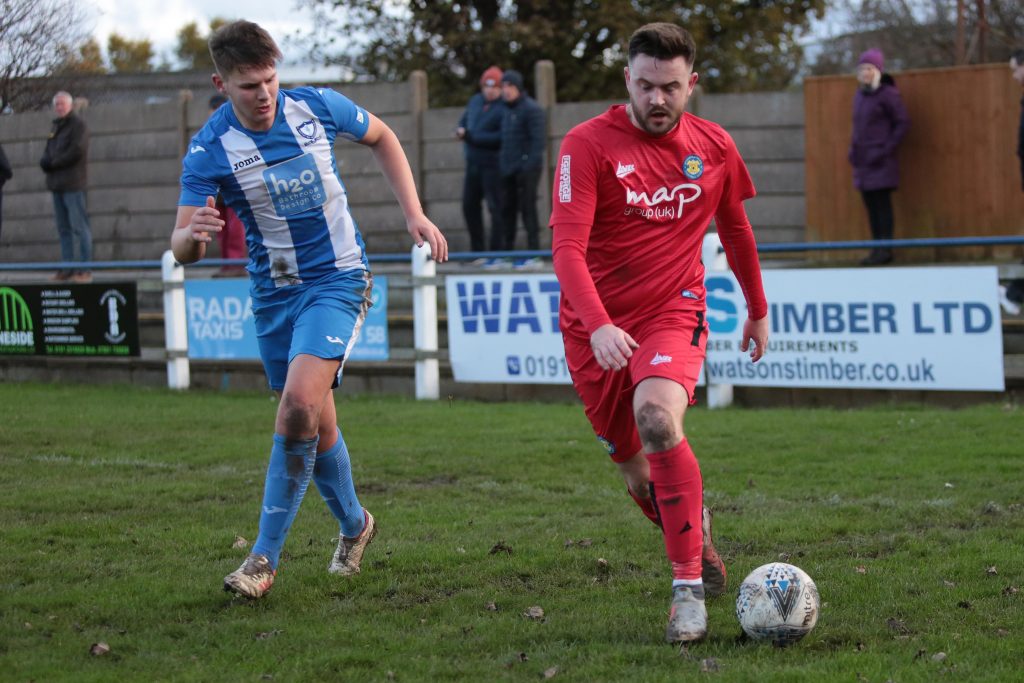 Max Craggs was involved in most of Stocktons opportunities today

The home side began to grow in confidence as they saw the visitors starting to labour a little bit and run out of ideas. The Anchors were then punished for their inability to convert their dominance into goals when in the 76th minute the ball arrived to Connor Smith he played it across the box and Bay Captain Craig McFARLANE scrambled it home at the far post.

It almost went from bad to worse just 2 minutes later when Lewis King was caught cold in possession but substitute Jake Martindale inexplicably put it wide. Then as Stockton pushed more and more forward they were allowed another let off by the Bay forwards when Michael Colquhoun fired wide when through on goal.

But it was the Anchors turn to make Whitley Bay pay for missing chances as, in stoppage time, Nathan Mulligan’s free kick from the left hand side seemed to be a little short of its intended target but it was met by OWENS who back flicked it into the net to take a point for the Stockton side. FT 1-1 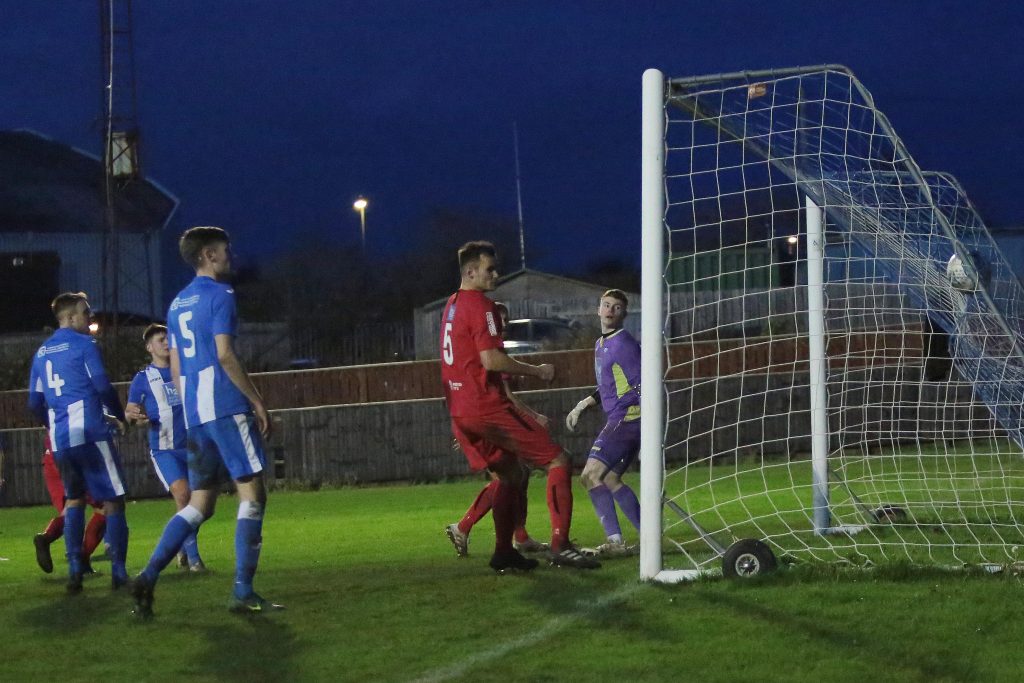 Owens header hits the net for a late equaliser

The disappointing run of League form continues with only 1 win now in the last 5 games but it could have been worse for Stockton, the tough games continue and next up is a another test at home to West Auckland.