Young Anchors to face South Shields after edging past Workington 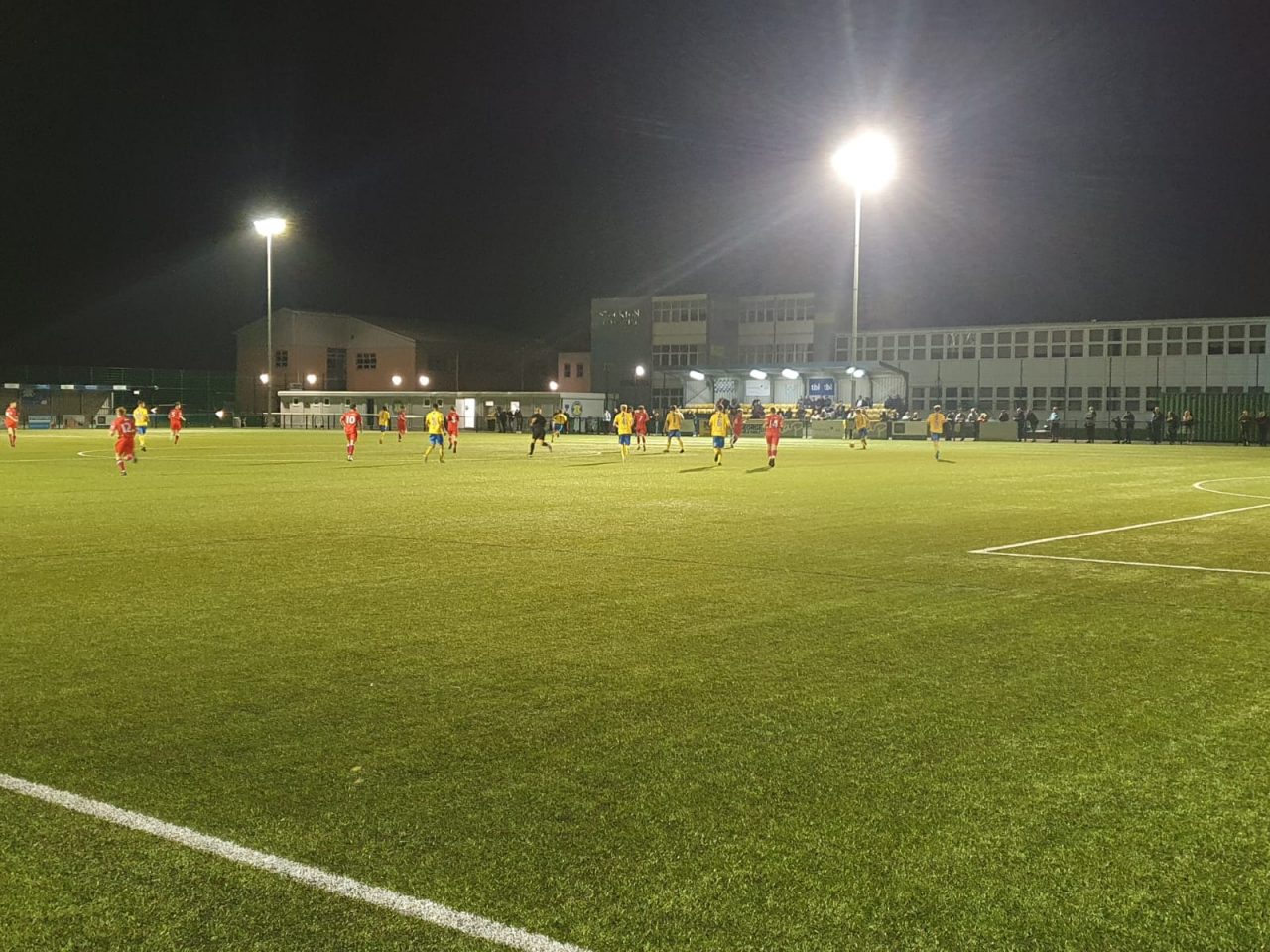 Lloyd Shobo’s second-half strike fired Stockton Town U18s into the Second Qualifying Round of the FA Youth Cup after a narrow victory against Workington at The MAP Group UK Stadium.

The Young Anchors’ reward for progressing past the Cumbrian side is a trip to the 1st Cloud Arena on the week commencing Monday 27th September to face South Shields U18s.

Shobo showed great tenacity to win the ball back inside the Workington penalty area and curl home an effort from the resulting opportunity.

Liam Cox’s side hit the post five minutes into second half stoppage time when the match became end-to-end as Workington searched for an equaliser to force a penalty shoot-out – Tyler Harrell twice going close to converting Thomas Downes’ crosses from the right flank.

“I thought we were brilliant,” Cox said after the game. “I thought we showed every aspect of the game we needed to.

“We’ve dominated at times, but we’ve had to dig in at times as Workington showed that they’re a strong side.

“Our lack of game time recently did show towards the end, which is why the last 20 minutes was nervy, but up until then I thought we were worthy winners.”

It was a tense first-half, with big chances for either side at a premium. Jack Williams and Shobo had efforts saved, while Ellott Lowrie was close to connecting to Louis Webster’s threatening corner.

Stockton broke the deadlock just seconds into the second half, Shobo with an excellent sliding tackle to win back possession before playing a lay-off and curling his shot into the bottom corner.

Alfie Conway went close to doubling the lead shortly afterwards, his effort from outside the box was just wide of the post.

Workington pushed for an equaliser as the game progressed, and should have drawn level with an unmarked free header ten minutes from time.

The game stretched as the visitors threw men forward in search of an equaliser, two identical chances came and went for Workington as Downes twice swung in a cross which Harrell failed to connect with.

Stockton’s reward for progressing to the FA Youth Cup Second Qualifying Round for the first time is a trip to South Shields, and the U18s manager reacted to the draw.

He said: “South Shields are a brilliant side, they’re a club we hold a high regard to throughout our football club.

“It’s testament to our players, they’ve won two games in the FA Youth Cup for the first time. The fact we’ve done that means we will now play a really good side, which the lads will look forward to.”