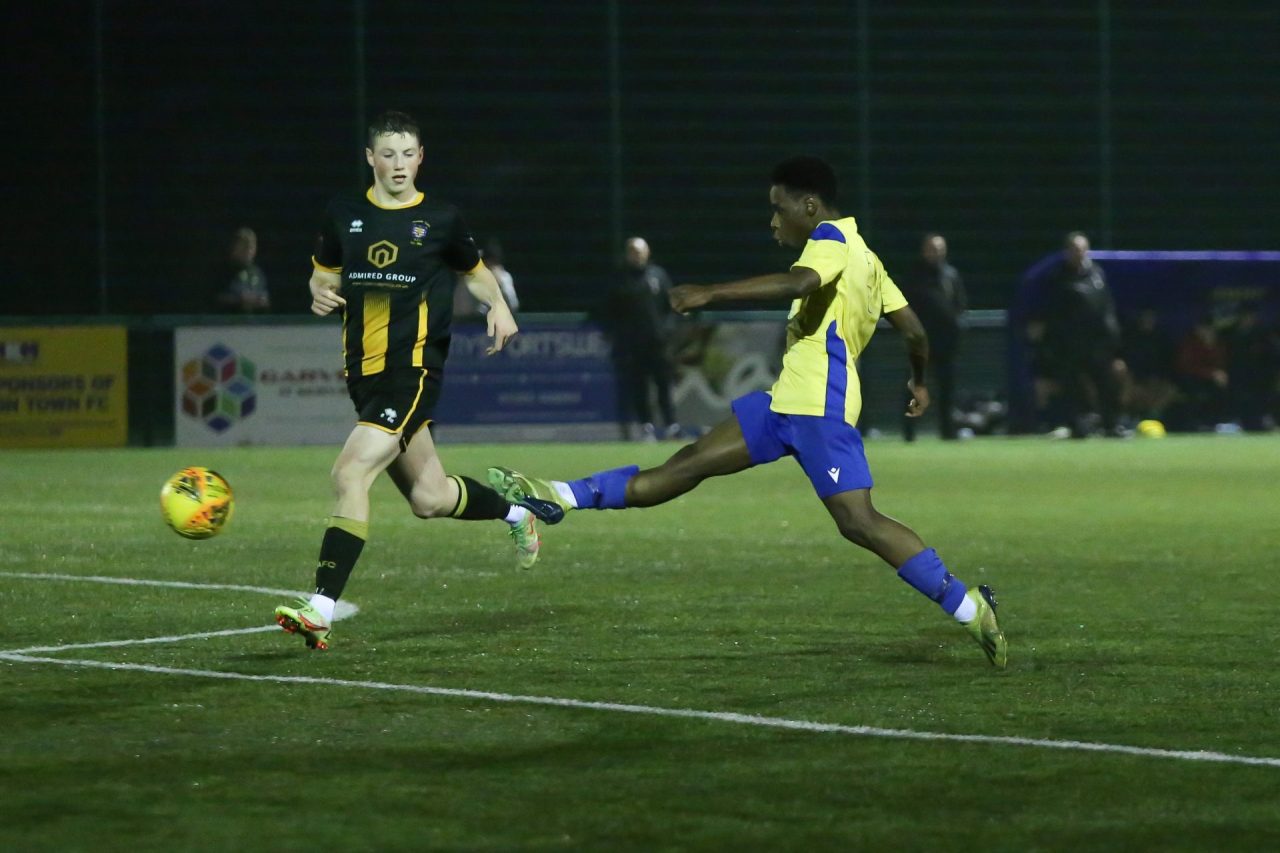 Tyron Dhliwayo scored four goals as Stockton Town came from behind to beat Morpeth Town in a ten-goal thriller.

The two sides traded goals in the first half with Morpeth Town going into the break holding a 4-3 lead.

Dhliwayo doubled his tally of two in the second half to turn the game in Stockton’s favour and send them through to the Third Qualifying Round for the first time.

Stockton Town came into game after defeating Carlisle City 4-1 in the previous round while Morpeth Town had beaten Guiseley in a ten-goal thriller.

After a quiet first 15 minutes of the game, it came to life as the goals began to rain down.

Morpeth took the lead when a strike from the edge of the box was tucked neatly into the corner.

Stockton levelled when a free-kick was diverted into the net by Dhliwayo.

The visitors regained their lead when Richardson’s corner from the right led to pinball in the box which eventually found its way into the Stockton net.

The Young Anchors equalised soon after though when Joss Storr’s free-kick was touched into the net by Dhliwayo again.

Morpeth Town thought they had the lead again when a neat move down the right saw Jakub Zych play the ball into Harvey Walsh for a simple tap-in. However the referee blew up for an injured Stockton Town player.

They did have their third and the lead minutes later when the ball found its way to Walsh who powered the ball beyond Scaife.

Morpeth netted again when Flynn Williamson’s shot was deflected into the path of a forward who converted to give the visitors a cushion.

That lead was cut to one goal when Stockton scored their third. Tommy Hood whipped a wonderful free-kick over the goalkeeper and into the net.

Stockton found the equaliser early in the second half when Tyron Dhliwayo was released and he had the composure to finish for his hattrick.

Dhilwayo then showed his class when he played a delightful ball out to the right which was then played to him in the six-yard box to score.

Morpeth pressed for an equaliser and forced a few decent saves from Scaife but were unable to find the decisive strike.

Stockton Town’s win means they are into the FA Youth Cup Third Qualifying Round for the first time.

“I thought Morpeth could have finished the game at half-time. Their forward play deserved the lead at the break

“But at halftime we knew if we stayed in the game the final 20 minutes was ours.”

Lille added: “I can’t fault the lads on effort, we stuck to the plan in the second half and got over the line.”