Sadly it wasn’t to be the glorious victory everyone craved to end to this brilliant season. Despite an amazing effort from all 14 players who despite showing impressive fitness levels just couldn’t get that bit of luck to get back on level terms in this Buildbase FA Vase Final. The Anchors were finishing strongly and if they had equalised perhaps they would have gone on to win it in extra time as Thatcham players were dropping like flies with cramp.

A 23rd minute penalty converted by Shane Cooper-Clarke which keeper Michael Arthur agonisingly almost kept out was all that separated the teams and although Thatcham had two or three good chances to finish the Anchors off in the second half, the Anchors drove men forward in the last 20 minutes. Stockton had Thatcham on the rack with a succession of corners and goalmouth scrambles including a second goal line clearance in the final 5 minutes but the ball just wouldn’t fall for them.

On the plus side what an absolutely magnificent occasion and experience for everyone involved and the fans in particular were exceptional. The support at times made the neck hair stand up. A sea of yellow and blue and the giant Anchors flag was amazing to see.

Massive credit to the manager and coaches, all the players, the committee and Chairman for a huge team effort to make this the most memorable of weekends, with a handful of stand out performances too.

This might be the end of the Stockton Town FC fairy tale but it’s the beginning of the next chapter in this Clubs story.

We aren’t the newbies anymore we’ve proved beyond doubt we belong at this level and the challenge for everyone now will be to keep progressing. I can assure you everyone will meet that head on both sides of the pitch perimeter. 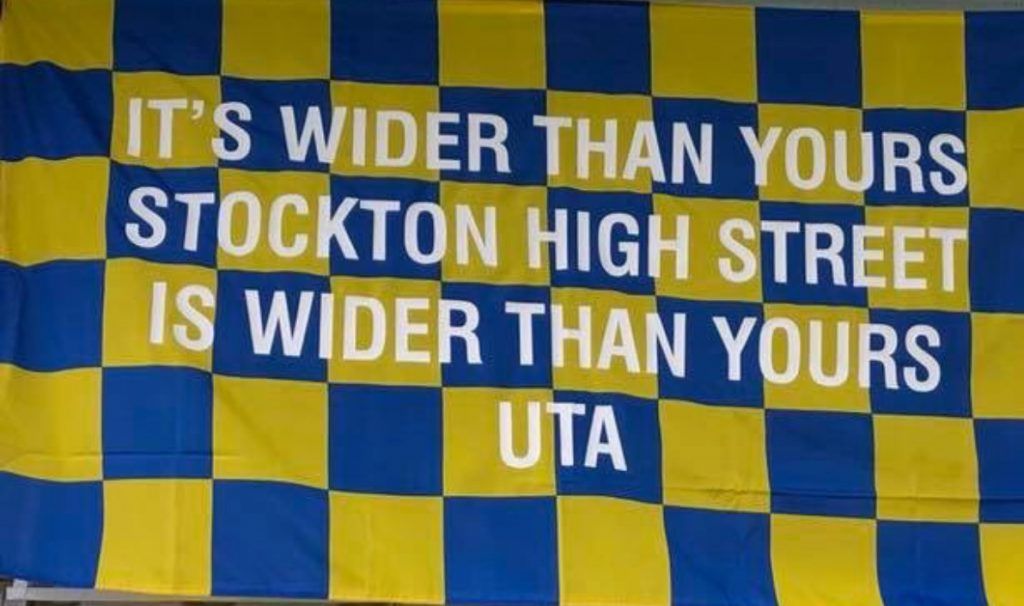