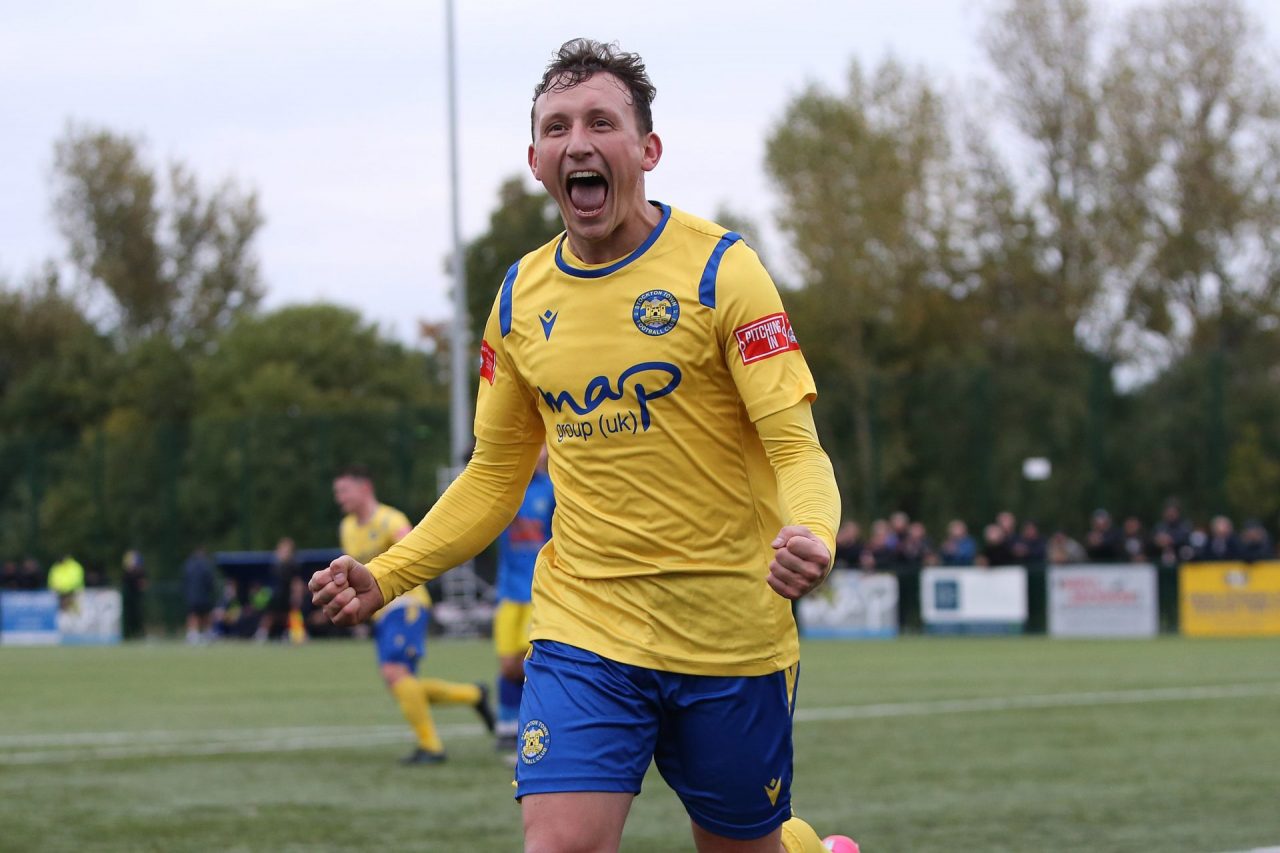 Forward Mikey Roberts admitted everyone was pleased to get back to winning ways last weekend as “nothing less than three points” is the aim in every game.

Roberts, who is into his fourth season with the club, scored a brace for the Anchors as they produced a stunning second-half performance to come from behind to beat Pickering Town.

“Everyone within that dressing room wants to win every game,” Roberts said. “Every game that we go into, nothing less than three points is the aim.

“We don’t fear any team, so we’ll go on Saturday and hopefully come away with three points.

“I’m hoping the Pickering result kick-starts our season, and we can go on a run and climb the league table.”

Attacking-wise, it was probably the most prolific the Anchors have been so far this season, while defensively looking as solid. Four goals were scored, but the threat was there right throughout the second-half.

Roberts believes it was the best half of football the team have played this season, and admitted the Anchors don’t fear anyone.

He added: “It was probably the best half of football we’ve played this season.

“The lads are confident going into Saturday. We are all winners, and we believe we can win every single game.

“We don’t fear anyone and know that if we turn up on the day and do what we do, we can beat anyone.

“Let’s go to the league-leaders, put in another good performance, and hopefully cause, what would look like from the outside looking in, an upset.”

Roberts also thinks that the Anchors have been unfortunate not to pick up more points this season, but wants the result against Pickering to be the start of a good run as they travel to league-leaders Liversedge tomorrow.

“We feel as if we’ve been hard-done-by with some of our results,” the forward said. “We feel like we should have came away with more, but we’re pleased to get back to winning ways and hopefully it kick-starts our season.”

Michael Dunwell’s side make the trip to Clayborn to take on Liversedge, and supporters can stay up-to-date with the game via our social media channels.