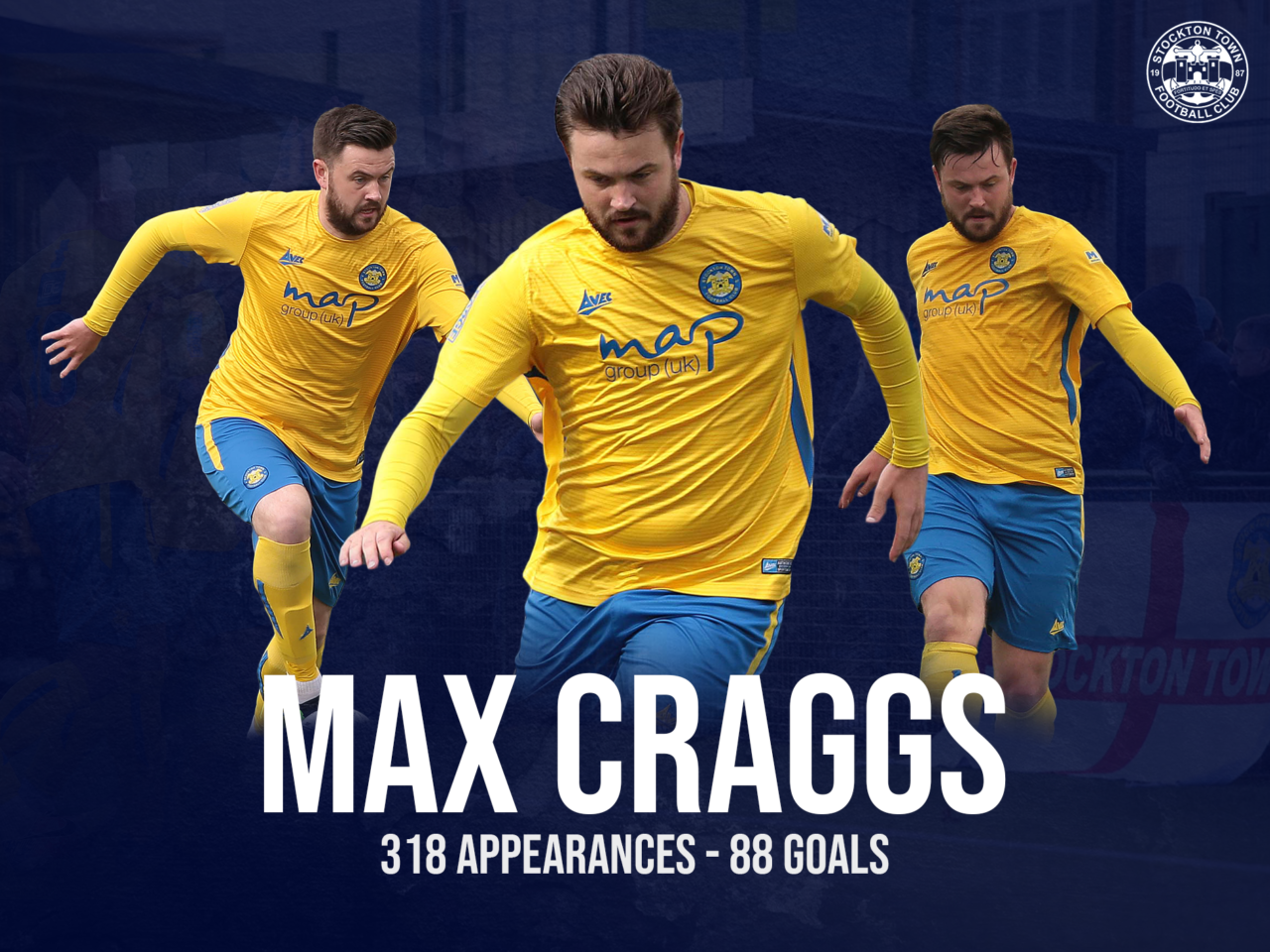 Stockton Town Football Club can confirm that midfielder Max Craggs is to leave the club.

The 26 year-old has taken the decision to leave due to the extended travelling involved with the Anchors’ impending promotion to Step Four of the National League system.

Craggs is a product of the youth system at Stockton Town, and after stepping up to the senior squad aged 17, he has made 318 appearances for the Anchors, scoring 88 times.

“I never really wanted to leave, to be honest,” Craggs said. I’ve always really enjoyed it at Stockton, and with the team going up, you’d like to progress with them as I’ve been a part of the team for so long.

“I didn’t really want to leave, but with things like work, I can’t commit to travelling to games, so it’s just one of those things unfortunately.”

Talking about Craggs’ time at the club, manager Michael Dunwell said: “Max has been excellent. After leaving us when we were in the Wearside League, we brought him back from Billingham Synthonia.

“He was a major part in us getting promoted from Division Two and then the following season with us getting to Wembley in the FA Vase.

“Unfortunately, he got a bad injury before the final, which was devastating for him. It’s probably a big statement, but if Max had played that game, we might’ve won the game because he was a massive player for us that year.

The 26 year-old is third in the list of all-time top appearance makers at the club, behind defensive stalwarts Adam Nicholson and Tom Coulthard, and has been a part of three promotions and a run to the FA Vase final during his time at the MAP Group UK Stadium.

Craggs added: “The club has been a big part of my life for years. I played for them [Stockton Town] even when I was in the juniors as well, so it’s not something I’ll forget about.”

The midfielder had a brief spell at Billingham Synthonia during the 2015-16 campaign before returning the next season to help the club earn promotion as champions of Northern League Division Two.

Craggs played a pivotal part in the club’s run to the 2017-18 FA Vase final, scoring two goals along the way, including a sensational free-kick in Extra-Time of the Second Round tie against Bootle, but a cruel knee injury ruled him out of the Wembley final against Thatcham Town.

Speaking on Max’s departure, Dunwell added: “In the last couple of seasons, Max has been an important part of the squad with us getting promoted and unfortunately due to work commitments and travel, he wouldn’t be able to make the games.

“It’s frustrating for him, but he’s been a great servant to us since he’s been here, and we wish him well.”

“It’s been massive [my journey at the club]”, Craggs continued. From the Wearside League days, winning that in the successive years that we did and then getting to Wembley, it’s been a good journey that not many people can say they’ve done.

“It was a bit of a downer that I didn’t get to play that day [at Wembley], but at the same time, it was good for the team.”

Everybody at Stockton Town Football Club would like to thank Max for his time and efforts with the club and we wish him all the best for the future.