The fans are massive for the team, says Callum Roberts 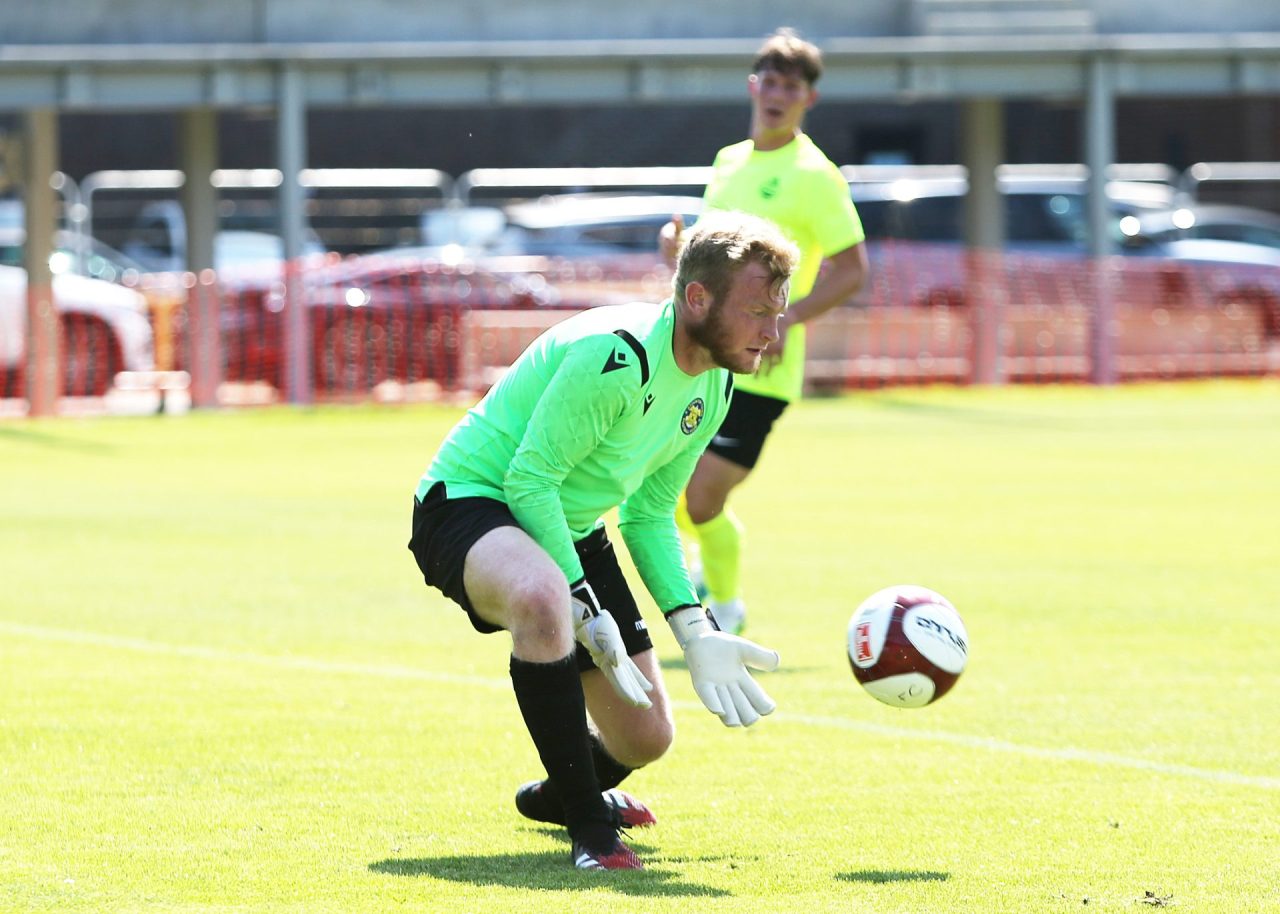 Stockton Town goalkeeper Callum Roberts believes the fans are ‘massive’ ahead of a busy festive period.

The Anchors face a pivotal month in their quest for the playoffs in the Northern Premier East Division which begins the visit of Brighouse Town this Saturday.

They then face a double-header with North East rivals Hebburn Town in the league and Durham Challenge Cup before a home game with Stocksbridge Park Steels.

Michael Dunwell’s side will then have, arguably, their toughest game of the season against Teesside rivals Marske United at Mount Pleasant.

Roberts said: “The fans are massive. We have got to go into this next game looking for three points, obviously it will have been two weeks since our last game.

“We need to go into it as lively as we were in our last game (a 4-0 win over Tadcaster Albion) with hunger, which I think we have always got.

“I think we can just push on and start games a bit better. It always takes us sometimes to the second half and that’s when we ramp up the tempo a bit more.”

Stockton Town are in a good run of form and have produced two of their best performances of the season in their last four games.

At the end of October, the Anchors ran riot with a 5-0 win at Lincoln United and in their last outing they put a show on for the home fans with a 4-0 win over Tadcaster Albion.

The quality was oozing from the home side with four different goalscorers that afternoon, and the Anchors will be looking to continue that on Saturday.

It was deserved after Michael Dunwell’s men had been unlucky during some early games in the campaign.

“I think there have been games where we have played well but it just has not hit the back of the net,” Roberts said. “Sometimes it just a bit of bad luck and we will have those games when it does not happen for us.

“I think over the course of the season we are happy with how we have done so far. I think we could have turned a few more draws into wins.

“Recently we have started hitting the back of the net a bit more which is what we really need to do and make sure that happens more consistently.”

A lot of successful teams are built on a strong defence and that is something Stockton Town very much have.

The Anchors are fourth in the league in terms of goals conceded and have managed to keep three clean-sheets in their last four games.

It is a continuation of the stellar defence that the club showed during their domination of the Northern League in the previous two seasons.

“Defensively we have always been strong since I joined them and the lads in front of me are always great,” Roberts added.

“It is always something we take pride in the clean-sheets and to get them recently just shows that we are cutting out those sloppy goals.

“Sometimes it’s never a bit of brilliance that beats us. Sometimes it is daft mistake or getting caught out which allows those daft goals in.”

The Anchors take on Brighouse Town at The MAP Group UK Stadium on Saturday afternoon – 3:00pm kick-off, and we hope to see you there.