Ten-man Anchors pick up point against Shildon at Dean Street 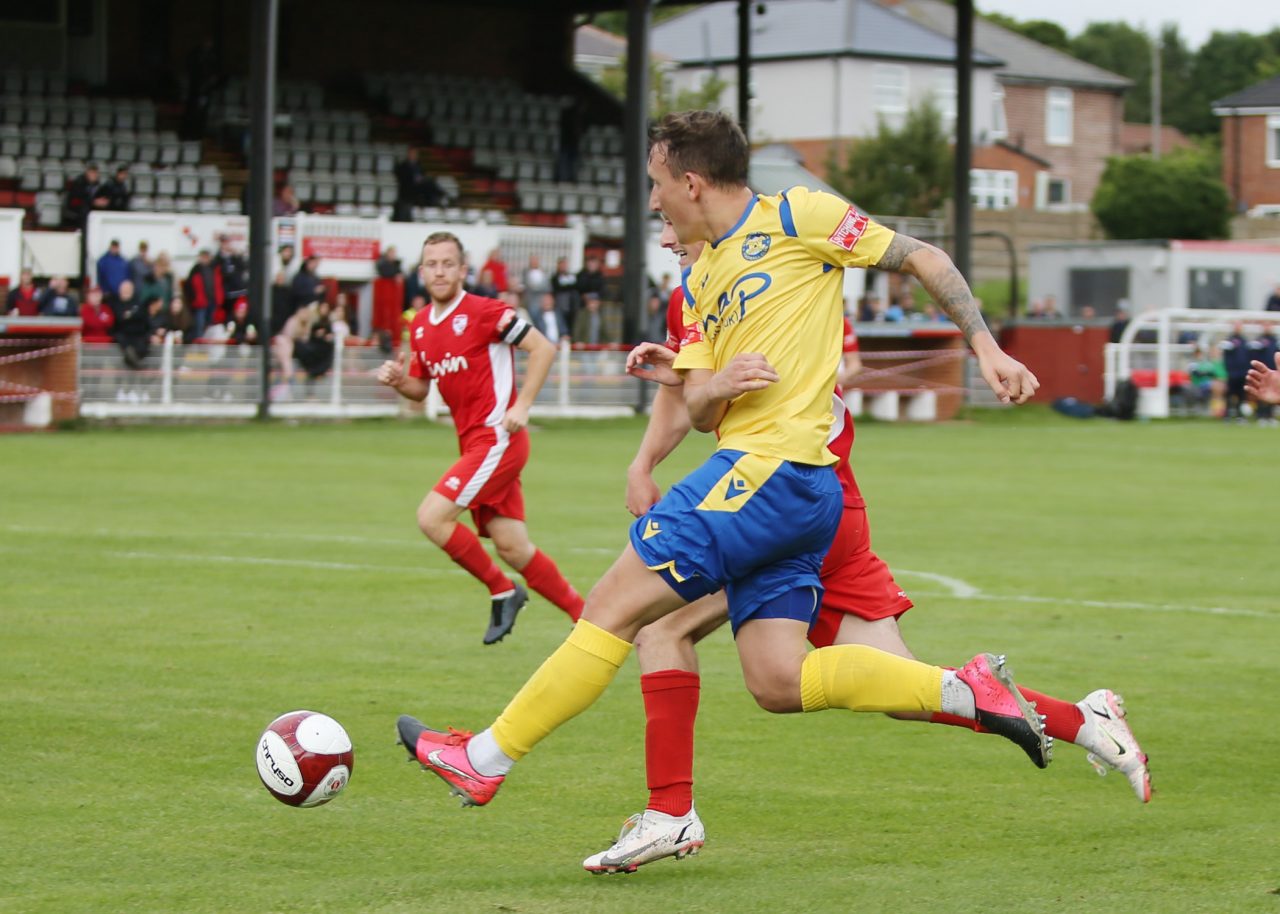 Stockton Town picked up a point on the road at Shildon on Bank Holiday Monday, in a game which saw both sides have a man sent off.

In a stop-start game with fouls aplenty, Jamie Owens and Shildon captain Chay Liddle were both sent off as both sides finished the game with ten men.

Michael Dunwell made three changes to the side which lost to Worksop Town on Saturday; Peter Bulmer, Dale Mulligan and Dan McWilliams came into the starting line-up in place of Lewis King, Tom Coulthard and Shane Henry.

Owens had the ball in the Shildon net after just three minutes but the forward’s effort was ruled out after he was adjudged to have caused a collision between Ryan Bolton and goalkeeper Shaun Newbrook, in which Owens was yellow carded. After receiving lengthy treatment, the Shildon no.1 left the field and was replaced by player/manager Daniel Moore.

Tom Portas tested Moore for the first time after twenty minutes, the midfielder intercepted the ball after a mix-up in the Shildon midfield, he drove forward and forced a great save from the goalkeeper inside the penalty box.

The game changed as Jamie Owens was shown a second yellow card on the thirty-five minute mark, reducing the Anchors to ten men for the rest of the match.

Billy Greulich-Smith used his feet well to get past Adam Nicholson and through on goal, but the forward fired over the bar and out of the ground from the edge of the penalty area.

Former Anchors midfielder Joe Posthill had the first shot on target for the hosts, his curling effort drew a smart low save from C. Roberts.

The Anchors came within inches of taking the lead as the game approached injury time in the first half, Portas floated a free-kick into the penalty area, Adam Nicholson’s header was superbly tipped onto the crossbar by Moore.

Twelve minutes of first-half injury time were signalled and Greulich-Smith was once again in on goal, the forward’s effort trickling inches wide of the post.

It took until the hour mark for the second-half to breathe into life, Michael Sweet raced in on goal but C. Roberts stood tall to deny the Shildon forward, minutes later Sweet was again in on goal but Dale Mulligan was on hand to make a goal-saving block.

Portas, who had an excellent game, intercepted inside the Shildon half and raced forward, his shot was blocked and Nathan Mulligan couldn’t stretch to connect with the rebound.

Shildon went the closest of the two sides to breaking the deadlock with 12 minutes to go, Greulich-Smith headed towards the far corner and C. Roberts produced a stunning reflex save to tip the ball round the corner.

As the match headed into injury time, Liddle was dismissed for a second yellow card for hauling down Portas on the counter-attack.

Neither side could break one other down in the final stages as the Anchors played out a second successive goalless draw at Dean Street.