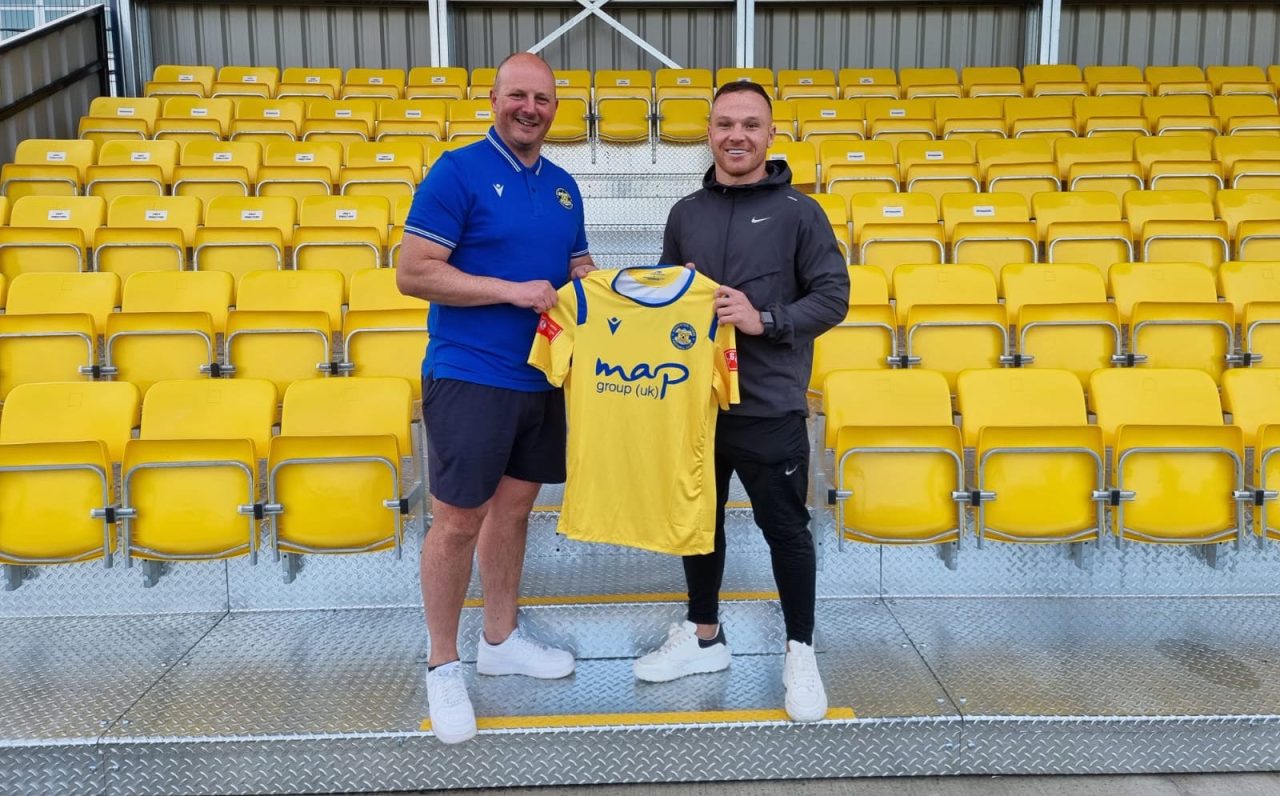 Stockton Town Football Club are delighted to announce their first signing of the summer as forward Stephen Thompson arrives from Spennymoor Town.

The experienced striker, who started his career with Middlesbrough, joins the Anchors having spent the last two seasons in the National League North with Spennymoor.

Thompson spent the final two months of last season on loan at Marske United where he played twice against Stockton and gained promotion with the Seasiders.

The 33-year-old admitted there were a number of factors for his desire to put pen to paper, and one of those was the ambition of the club.

“I’m delighted to sign for the club,” Thompson said.

“The interest shown from Michael and the management team, and then meeting and speaking with them, they told me the direction the club are going in.

“You just look at the set-up, how professional it is, and the way they play football, it was massive in the decision.”

Thompson has achieved success wherever he has played, and remains the joint all-time top scorer for Darlington with 100 goals.

The striker has admitted he wants the Anchors to go one better in the 2022/23 campaign, and to also get firing on all fronts straight away.

“We want to go and win the league this season,” he added. “That’s the number one aim for me, to build on from last season and finish top.

“Coming in, I know there’s a couple of young lads, so I’ll be looking to pass on my experience to them in any way I can.

“I’ve got a couple of promotions out of this league in my career, so I’ll be looking to get another one with Stockton Town.”

Manager Michael Dunwell expressed his delight in signing Thompson, and feels the striker will bring a lot of experience and goals to the team.

“It’s a really big signing for us,” Dunwell said. “The calibre of player that he is, he’s scored a number of goals at Darlington and Spennymoor Town.

“We’ve played against him a few times now, saw him over the years and know what he can do.

“He’s a very attack-minded player, and will bring goals to the team, which is what we were looking for. It’s a really big signing for us and one we feel will improve us massively.”

Season tickets have gone on sale for the 2022/23 season and supporters click here to purchase theirs.