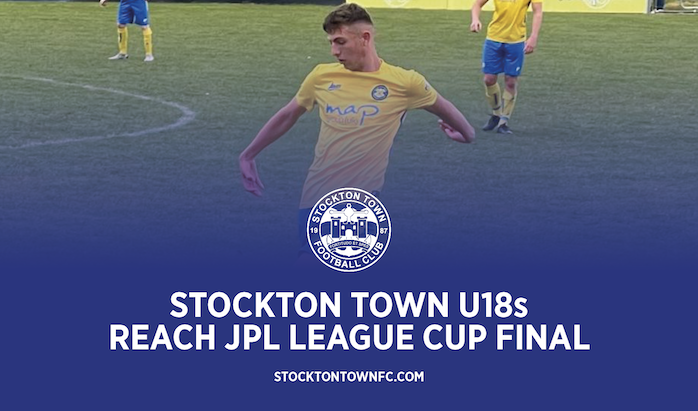 After a heartbreaking penalty shoot-out defeat to FC Unsworth in the JPL National League play-offs last weekend, Liam Cox’s side produced the perfect reaction to brush aside the disappointment and earn a shot at silverware next Saturday.

Wakefield pulled a goal back through Almahdi’s penalty, but Conway’s cool finish secured the young Anchors’ place in the League Cup final.

“We deserve this,” manager Liam Cox said. “After going out of one of the competitions on penalties last week, it’s only fair we progress through one of them because we’ve been the best team in the North region, it’s a brilliant feeling.

“To go out on penalties [last week], it was really hard to take, the way it happened. After dominating for so long last week, and to concede in the 92nd minute, it was a big sucker punch.

“The way the lads responded today was so impressive, we know that we now need to get something to show for this season.”

After a tentative first half, the Anchors opened the scoring just four minutes into the second period. S.Conway delivered a menacing cross from the left flank that landed at Povey’s feet who calmly slotted home.

Stockton doubled their lead just after the hour mark, S.Conway with another excellent delivery from a corner that was met by an emphatic Hall header.

Wakefield pulled a goal back late on via the penalty spot, Gordon was felled inside the box and Alhmahdi slotted the spot kick home to ensure a nervy last 10 minutes for the hosts.

S. Conway, who was excellent throughout the second-half, put any late nerves to bed with a calm finish under the Wakefield goalkeeper, to seal the young Anchors passage into the final.

“I said to players at half-time that we know what we’re capable of,” Cox added. “If we look to dominate the ball high up the pitch, we’re going to create opportunities and score goals.

The first half was a tight affair, with Wakefield offering the better chances in the opening 45 minutes, and were close to taking the lead just before half-time as Plater had two good chances inside the penalty area, but shot over the bar on both occasions.

Stockton came out for the second half with purpose and were on the front foot immediately, Sam Conway delivered a teasing cross across the face of goal that was claimed by the Wakefield ‘keeper.

Just minutes later the hosts did take the lead as Sam Conway once again delivered a cross into the area which Povey slotted home.

The Anchors were denied a second goal by two close range saves from the visiting ‘keeper, Gary Mitchell and S. Conway thwarted.

Louie Hall doubled the hosts lead just after the hour mark with a thumping header inside the penalty box, just reward for a dominant period.

Wakefield were awarded a penalty with less than 10 minutes to go, which Alhmahdi converted by wrong footing McCallay in the Stockton goal.

S. Conway sealed the result in injury time on the counter-attack with a calm finish to send Stockton Town Under-18s into the JPL Cup Final.

With the young Anchors yet to discover who their cup final opponents are, Cox says it will be tough to prepare for the game ahead.

He said: “There’s no way to prepare for the opposition, but it’s been the same all season with travelling across the country.

“We know we have a squad that is very talented, so we just worry about how we play and adapt ourselves to whatever is thrown at us on the day.”