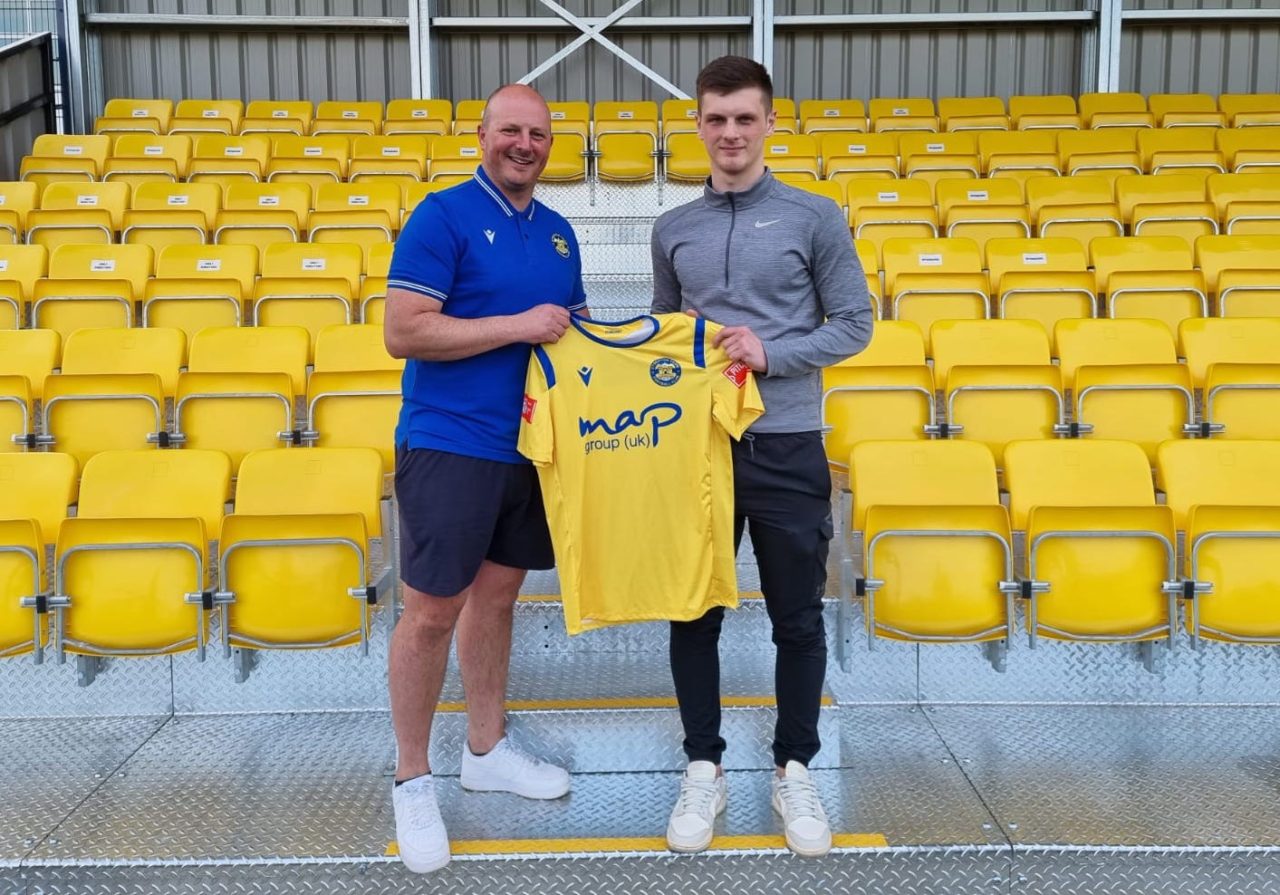 The 20-year-old – who can also play as a right-back – becomes the Anchors’ third signing of the summer, following the acquisition of forwards Stephen Thompson and Matthew Tymon.

Painter, who was part of the junior setup at Stockton, re-joins the club following spells in the Football League with Grimsby Town and National League with the Spartans.

The midfielder played 11 times for Blyth in the National League North during the 2021/22 campaign, also featuring against Stockton last pre-season.

Painter admitted the continued ambition of the club was a major factor in his decision to return to the Anchors.

He said: “It’s a great feeling. I loved it here as a kid, won a few trophies which (first-team coach) John Fielding was a massive part of, so I’m delighted to be back.

“I spoke to the manager and the chairman and where they want to be and it’s a club moving forward. I want to be a part of it.

“I’ve followed the club since I left as a kid and every season they’ve improved. They were quite unlucky to not be promoted in their first season in the Northern Premier League.

“It’s a club making big strides and that’s exactly what you want as a player.”

The midfielder featured for Stockton Town Under-18s at just 16 years of age before making the move to then-League Two side Grimsby in 2018.

Painter signed scholarship terms with the Mariners at 16 and captained the Under-18 side to a league title in his first season at the club.

He went on to sign a professional contract aged 18, also moving on loan to Lincolnshire-based Spalding United, of the Northern Premier League, for three months in 2020.

The Anchors narrowly missed out on securing back-to-back promotions in their debut season at Step Four, and Painter believes the squad is capable going one better in the 2022/23 season.

The midfielder also spoke of his own ambitions for the upcoming campaign, stating he wants to enjoy his football with Stockton.

He said: “The lads did magnificently last season so we just need to take that even further and go for promotion again.

“On a personal level, it’s just about enjoying my football again, getting some game time and chipping in with goals and assists.

The Anchors claimed the highest average attendance of all Northern Premier League East sides last season with 633 and boasted an incredible travelling support throughout the season.

Painter admitted the draw of the Stockton support was something that excited him to return to the club.

He said: “I can’t wait. I’ve heard a lot about the support and seen videos on social media with fans travelling down to Cleethorpes Town on a Tuesday night for a play-off game, they were magnificent.”

Manager Michael Dunwell commented on the transfer, believing Painter will be a great addition to the squad.

The Stockton manager said: “Cameron was at the club when he was younger.

“He played for our Under-18s when he was only 16-years-old and he was a real talent then as he went to Grimsby Town for a couple of years.

“He came out of the professional game and then went to Blyth Spartans, where we played against him last pre-season.

“He can play in a couple of positions, in midfield and can cover at full-back too. He’ll bring competition for places in that midfield area and he’ll be a great addition to the squad.”