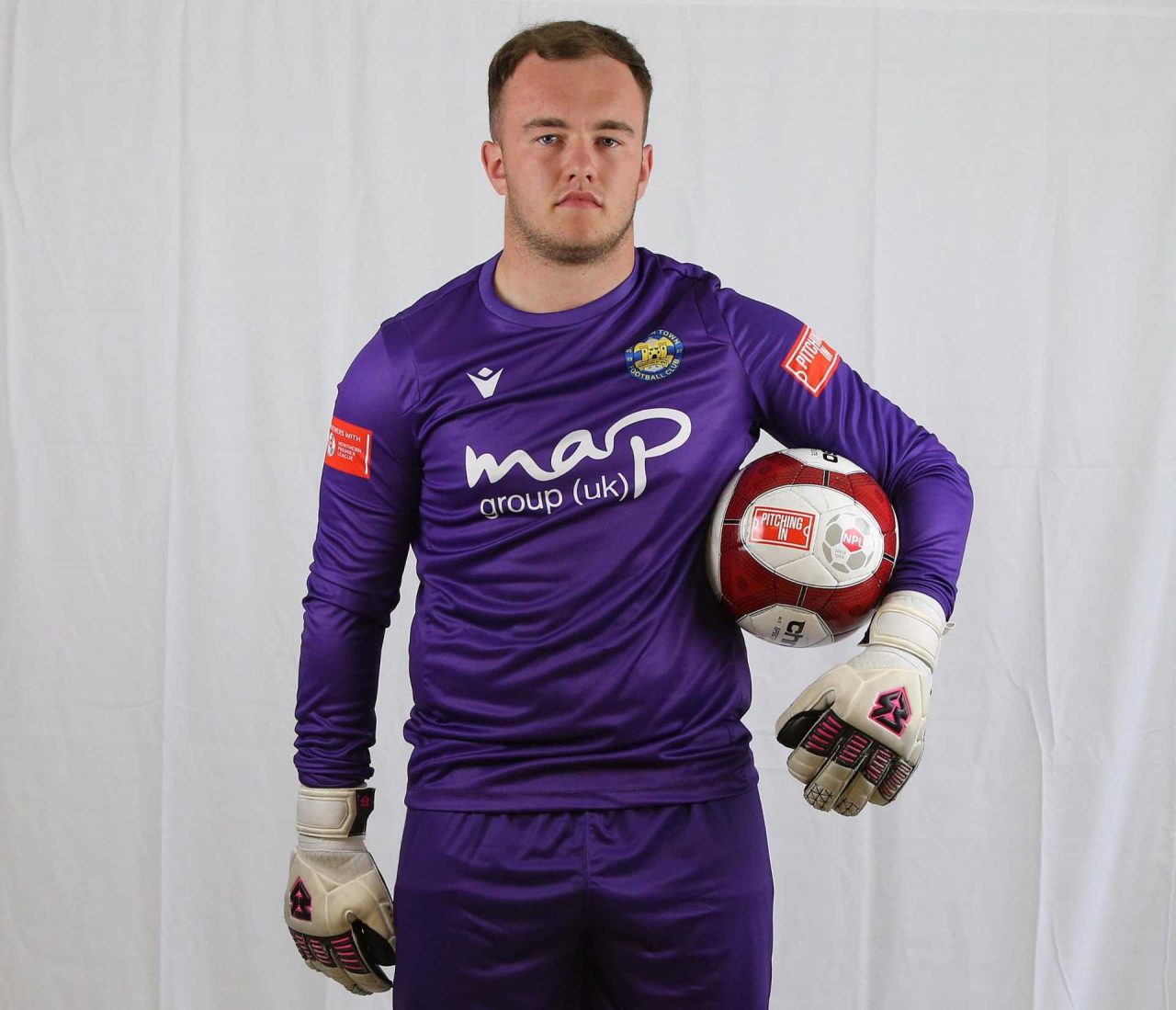 Stockton Town are delighted to confirm the signing of goalkeeper Lewis McDonald ahead of the 2021/22 season.

The 22-year-old joins the Anchors to strengthen our goalkeeping unit ahead of the club’s first ever season in the Northern Premier League.

McDonald signed for Marske United in 2016 and was part of the squad that won the Northern League title in 2018 along with teammates Peter Bulmer and Mikey Roberts.

The shot-stopper then had a three-year spell at Billingham Town in the Northern League, and now joins a Stockton side competing in Step Four for the first time.

“It feels good to join Stockton,” McDonald said. “It wasn’t what I was expecting after the past few years but when people see the name Stockton, it’s a good club that is well run so I was happy to sign.”

McDonald has faced Stockton a number of times over the years, including the unforgettable FA Vase Semi-Final during the 2017/18 campaign, and the goalkeeper hopes to make a good impression on the Anchors support when he steps out onto the field.

“I’ve had good memories and bad memories [of playing Stockton],” the goalkeeper said. “I was part of the Marske United squad that lost to Stockton in the FA Vase Semi-Finals in 2018.

“I know where the club has been, whenever I’ve played against Stockton in the past I’ve had a few good games so hopefully the fans recognise that.

“Hopefully when I play for Stockton I’ll be able to show what I’m good at.”

Manager Michael Dunwell says McDonald’s enthusiasm about joining the club was a big factor in the decision to sign the goalkeeper.

He said: “He’s only young, he’s played in the Northern League for a long time with Billingham Town and other clubs.

“We scored six past him on the first day of the 2019/20 season but he was probably man of the match, he saved two penalties and made some great saves.

“He’s keen, enthusiastic and wants to be at the club which is a big thing when we sign someone, we want them to want to be at Stockton.

“When we spoke to Lewis he was keen to be involved and get his sharpness back and we will need him throughout the season.”