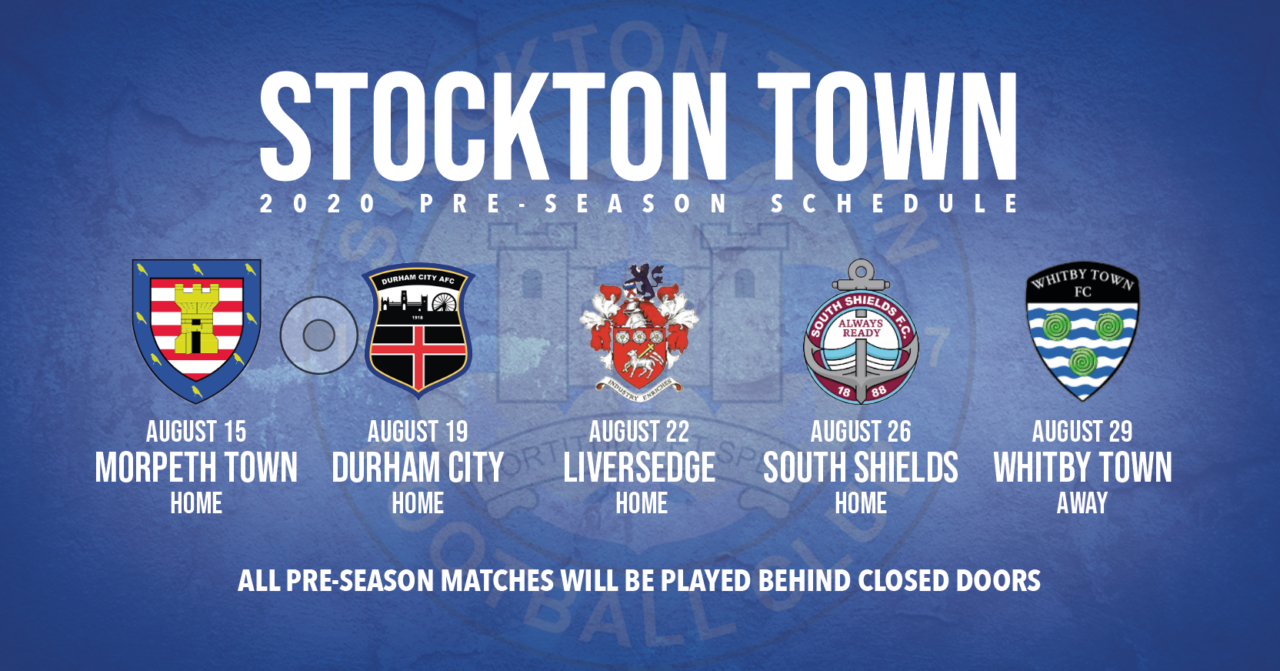 Stockton Town can officially confirm their pre-season schedule ahead of the 2020-21 Northern League Division One season.

The Anchors have five games arranged and will face three teams from the Northern Premier League, starting with Morpeth Town on Saturday 15 August.

Stephen Turnbull will bring his Morpeth side to Teesside for the first meeting between the two teams in two years. The Highwaymen were ninth, with several games in hand, in the NPL before the COVID-19 pandemic brought a stop to all sporting action.

Next up at Bishopton Road West will be Northern League Division Two side Durham City on Wednesday 19 August. Three days later, the Anchors will then play host to Northern Counties East Football League Premier Division side Liversedge – a team Stockton beat 2-0 in the FA Cup last season.

The final week of pre-season sees Stockton face two sides from Step 4, the first of which will be the team that led the way in the NPL last season.

South Shields, who were promoted from the Northern League as champions back in 2017, will be the visitors on Wednesday 26 August before the Anchors travel to Whitby Town on Saturday 29 August.

Manager Michael Dunwell said the strength of the schedule will prepare his side for the upcoming season and the Anchors boss is looking forward to getting minutes into the players ahead of the new campaign.

“We don’t like to have too many pre-season games, we always think five or six is a good number,” Dunwell said. “Plus this season, with the lads being away for a long period of time, we will get some good training sessions into them.

“We haven’t started training three times a week like we’d normally do because of the long lay-off and it was also a long time between July and the start of the season when we didn’t have a start date.

“Now that we’ve got a start date, we’ve put five good pre-season friendlies in the middle to end of August, which should put us in good stead for the beginning of the season on September 1.”

He continued: “We always like to test ourselves in pre-season. We’ve done quite well against teams higher than us in the past like Whitby (Town) and Spennymoor (Town), which we won and drew against respectively last year.”

The club would like to remind supporters that, as it stands, the pre-season games will be played behind closed doors unless new guidelines are released.