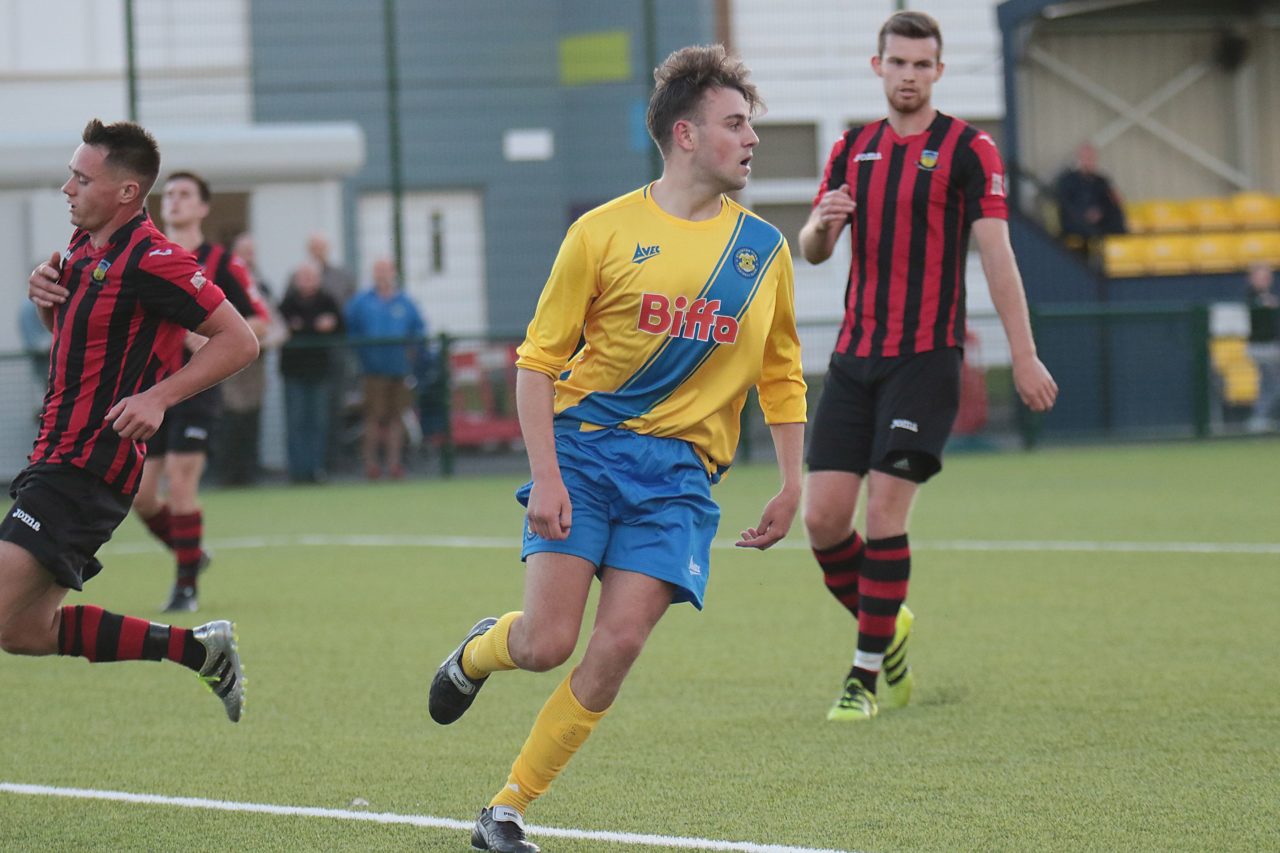 Stockton Town made it three wins on the bounce for pre-season after coasting to a 4-1 victory over EBAC Northern League Division Two side Hebburn Town.

Nathan Mulligan scored the only goal of the first half as he curled a free-kick home from distance.

Joe Scaife-Wheatley doubled the lead after the interval but Hebburn reduced the arrears shortly after as Paul Chow netted from the spot, before Kallum Hannah and Fred Woodhouse added a third and fourth respectively to give Michael Dunwell’s side a comprehensive victory.

Looking to make it three wins in the space of a week after positive results against Darlington Railway and Guisborough United, it was the visitors who had a lot of the early running.

However with their first real chance of the game, the Anchors were in front. Joe Posthill was chopped down around 25-yards from goal, and Mulligan took his free-kick quickly which caught Hebburn stopper Steve Hubery off-guard as it sailed past him and into the back of the net.

Joe Carter nearly added a second for the hosts just before time as he jinked his way down the right before cutting inside, but his strike flew well over the bar. 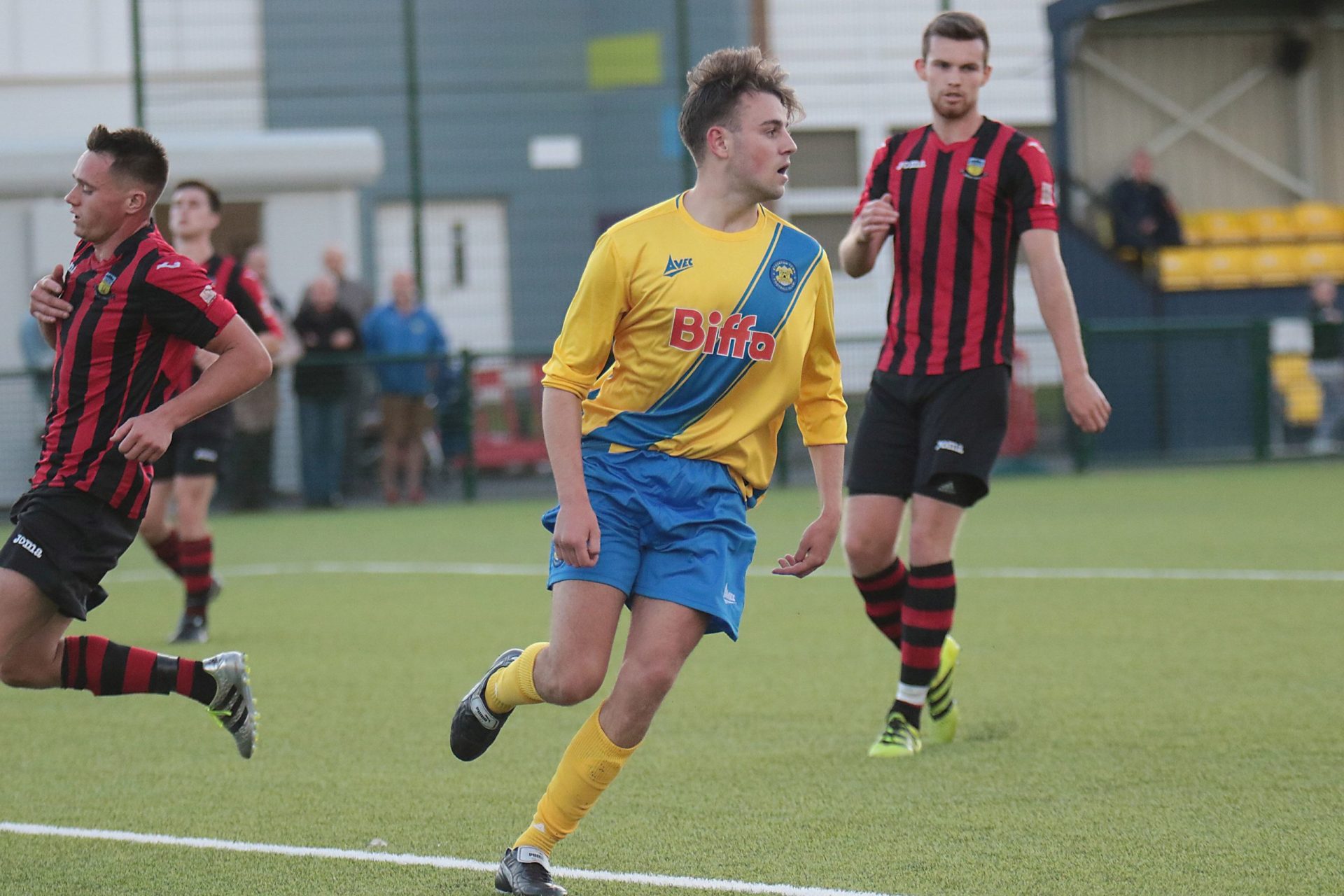 Stockton dominated after the interval, however without any penetration as they looked to extend the lead.

However, the second goal didn’t come until the 63rd minute after free-flowing move from midfield led to Tony Johnson feeding through Scaife-Wheatley, and after the youngster saw his original shot saved he snaffled up the rebound to make it 2-0.

Seven minutes later the visitors had halved the deficit as Michael Arthur brought down striker Chow, who picked himself up to send the Anchors’ substitute keeper the wrong way from the spot. 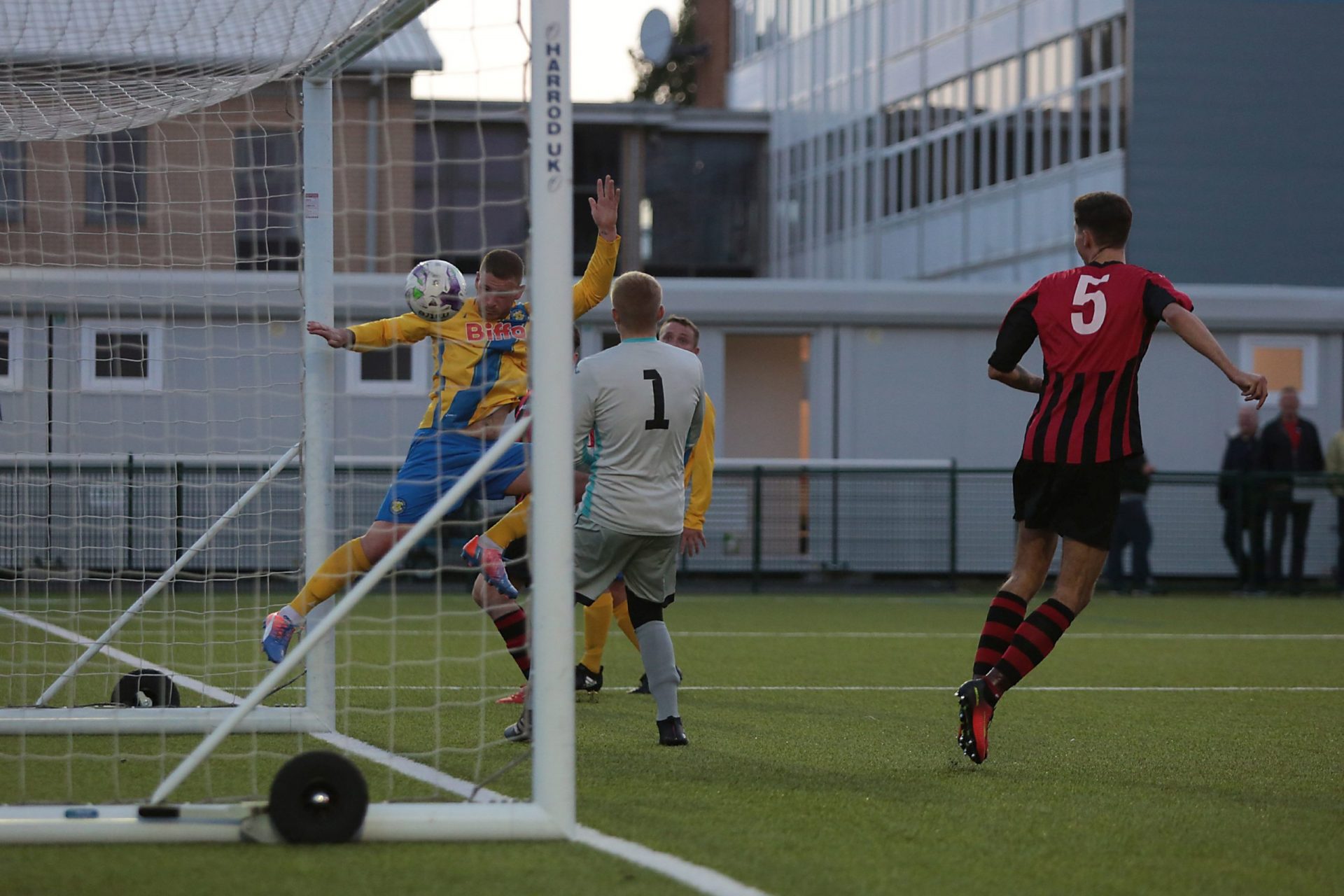 It wasn’t 2-1 for long, as Hannah thumped a header past Hubery to restore Stockton’s two-goal lead after he was subbed back onto the pitch for the injured Johnson.

And with just minutes remaining, Scaife-Wheatley turned provider as he floated a delightful ball to the back post for Woodhouse to nod home from the back post to wrap up a comfortable 4-1 win for the home side.