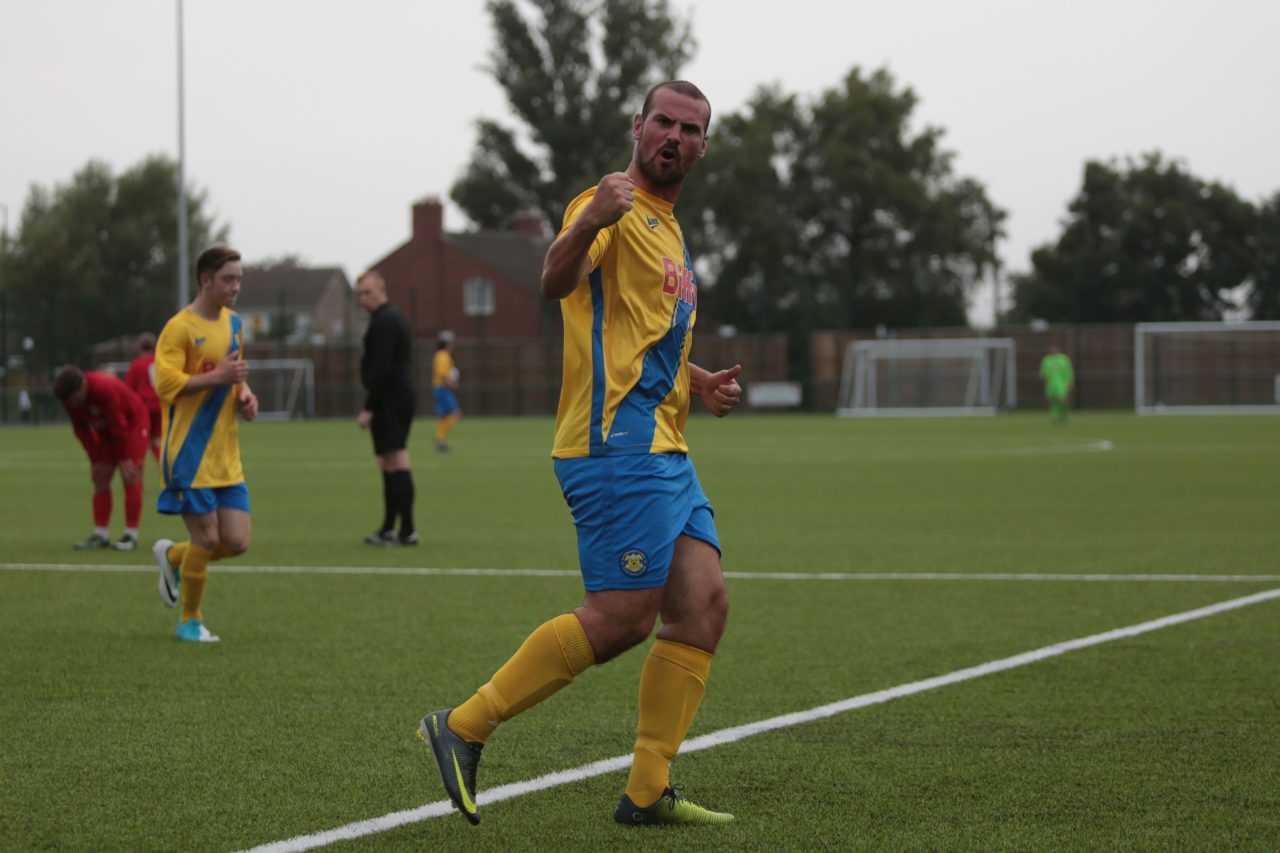 Chris Dunwell opened the scoring on 25 minutes before Kallum Hannah came off the bench to net the second from the penalty spot. Striker Jamie Owens added gloss to the scoreline shortly after in half-time stoppage time, before adding to his tally in the second-half to complete a stellar display by the hosts.

Looking to bounce back from last week’s heavy home defeat to National League North side Spennymoor Town, the Anchors had a lot of the early running, with Joe Carter finding the net inside four minutes, however only to see the linesman’s flag ruling it out.

Owens was looking menacing up top for Town during the opening 45 minutes, and he was unlucky not to find the net after some excellent footwork left the Darlington defence in knots, but his fierce strike fizzed just past the post.

Young winger Kevin Hayes was next to try his luck for the home side, but his curling effort was pushed away by Darlo ‘keeper David Atkinson.

However shortly after, Stockton took the lead as Dunwell collected a Fred Woodhouse pass before lacing a low shot past the despairing Atkinson and into the bottom left-hand corner. 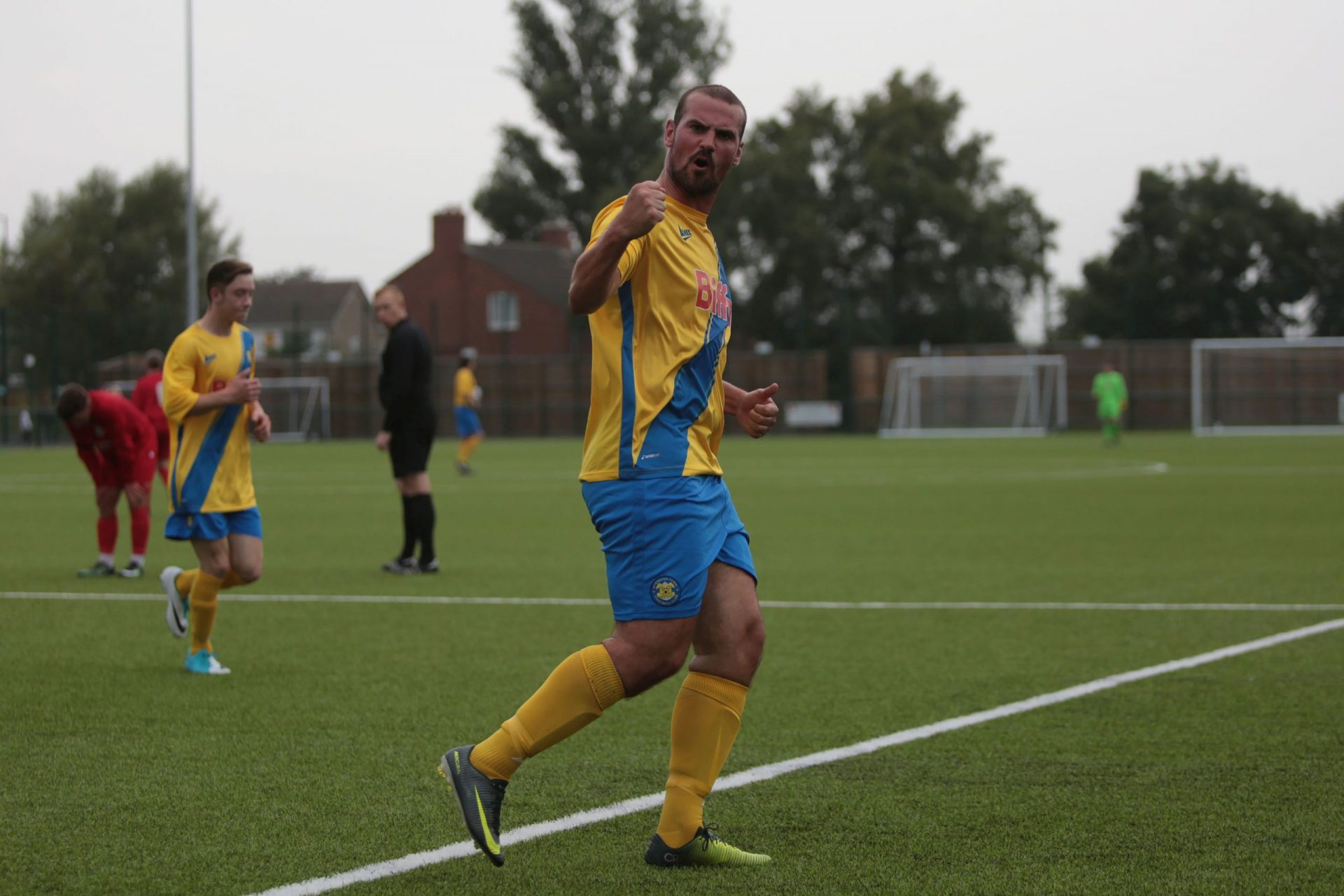 Owens and Dunwell both went close to extending the scoreline with a venemous strike and a powerful header respectively, but five minutes from the interval the Anchors suffered a major blow in midfield.

Max Craggs came off worse in a 50/50 challenge in the centre of the park, with the stretcher being called for due to the injury looking a serious one.

His replacement was Kallum Hannah, and the substitute couldn’t have wished for a better start when Town were awarded a penalty after Owens was felled inside the area.

Hannah stepped up for Stockton, and cooly sent the goalkeeper the wrong way by finding the bottom right-hand corner of the net.

With a further five minutes of stoppage time added on, Owens deservedly made it three to the good when he hit a stunning strike from 25-yards out which flew past Atkinson.

Gaffer Michael Dunwell made a number of changes at the break, bringing on Tony Johnson, Chris Stockton, Matt Stockhill and Michael Arthur, as the Railway came out for the second-half seemingly more focused and disciplined.

It wasn’t until just after the hour mark that the next noteworthy chance came, as Dunwell almost found his second of the evening after his looping header came back off the crossbar.

But on 75 minutes, Stockton did find their fourth of the day as Owens finished from close range to notch his second of the match. 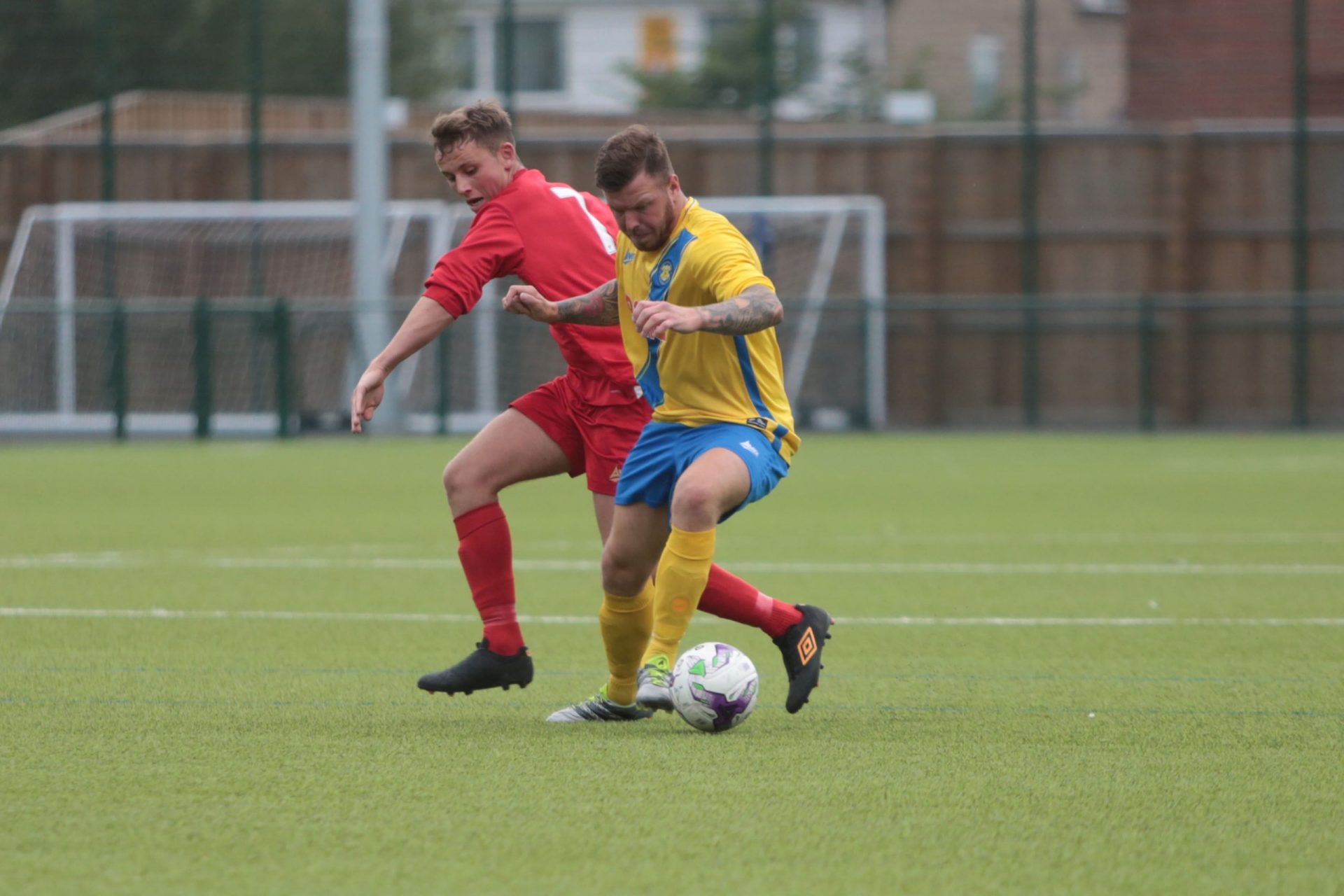 Darlington hit back almost immediately as Glen Donaldson tried his luck from distance, and was unlucky to see his effort strike the bar and fly away from danger.

Town pushed for a fifth late on, but with the referee bringing the game to a close, it was back to winning way for the mighty Anchors!