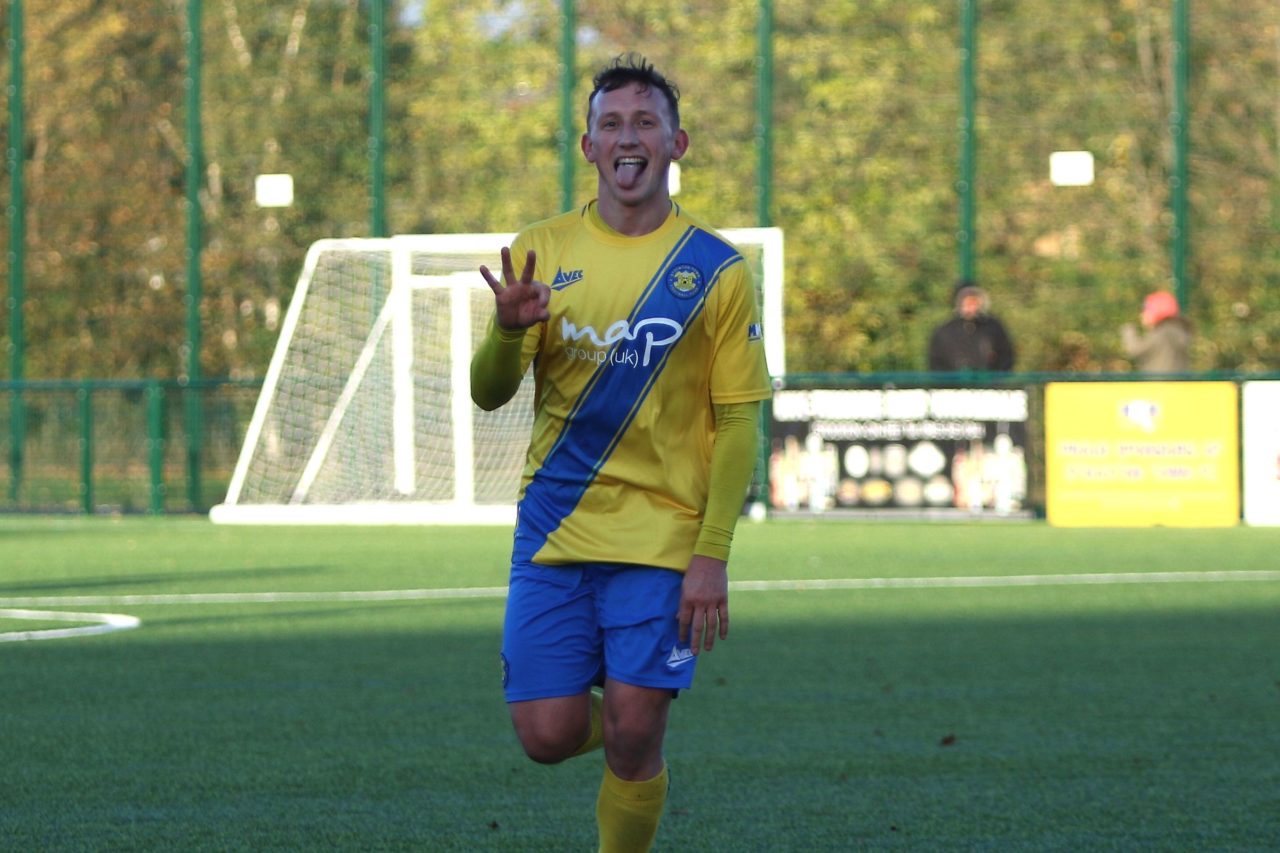 Stockton Town made it two wins in a week with a convincing 3-0 triumph over Ryhope CW at the Coverall Stadium.

A Mikey Roberts second-half hat-trick sealed the points for Stockton, who really should have been out of sight much earlier. Roberts eventually put the game to bed with two goals in the last five minutes of the contest.

Michael Dunwell made four changes to the side that overcame Spennymoor so impressively during the week. Liam Jordan made a first start of the season in goal whilst Shabz Mohammed, Pete Bulmer and Fred Woodhouse all returned to the side.

The Anchors made a blistering start to the game and had two good opportunities to take the lead inside the first couple of minutes. First, Roberts slid the ball to Mohammed on the edge of the area but his effort was dragged wide. Shortly after, Bulmer was played in behind the Ryhope defence but pulled his strike wide of the same post.

It would prove to be a sign of things to come throughout the first half as Stockton dominated but were unable to convert their dominance into the goals it warranted.

They allowed a glorious opportunity to hit the front slip through their fingers on 13 minutes. Chris Stockton played a through ball to Bulmer, who was causing problems for the visitors with his tireless movement off the ball. The winger found himself one on one with Joe Atkinson but he scuffed his shot and it rolled tamely into the hands of the thankful Ryhope ‘keeper.

An already daunting task became substantially more difficult for the visitors when they went down to ten men on 20 minutes. Chris Stockton looked to latch onto captain Adam Nicholson’s impeccably weighted through ball but was pulled back by Corey Nicholson. The referee judged the Ryhope right back to have denied a clear goalscoring opportunity and gave him his marching orders. 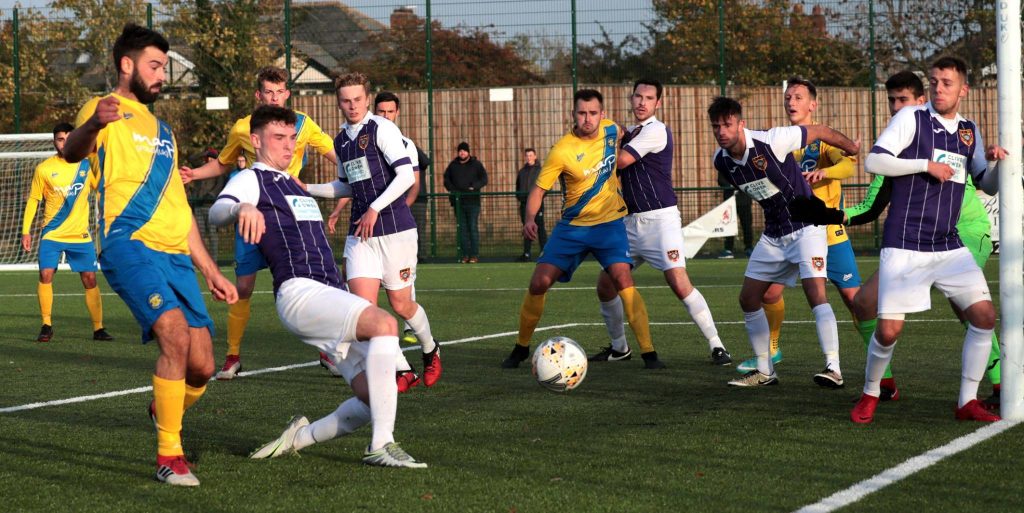 Stockton should have taken the lead from the resulting free kick. Mulligan’s effort was too hot for Atkinson to handle and he fumbled at the feet of Roberts. The Anchors forward reacted instinctively but his snapshot went sailing over the bar.

Ryhope sent a warning of what might happen to the wasteful Anchors as they began to gain a foothold in the game after half an hour. They created two fantastic shooting opportunities for James Ellis but the winger squandered both chances with minimal threat to the returning Jordan.

Stockton would go into half time with a numerical advantage but no advantage in the scoreline despite enjoying almost total control of the game’s opening stanza.

It took the Anchors a little while to resume their pressure on the Ryhope goal as the second half got underway but Nathan Mulligan did give Anchors fans a glimpse of his technical ability. A corner was cleared into his path and as the ball dropped out of the sky, Stockton’s top goalscorer unleashed a stunning volley but Atkinson saved comfortably to maintain his clean sheet. Mulligan’s luck was out and he was also about to lose his grip on the top of the Anchors’ goalscoring chart.

The deadlock was finally broken just after the hour mark as the door finally opened for Stockton. Ryhope failed to clear their lines from a corner and from the ensuing scramble, Roberts hooked the ball home to give his side the lead.

Stockton pressed for a second to put the game to bed but found Atkinson equal to everything they were throwing at him. He twice denied Mohammed from the edge of the box before denying a curling Bulmer effort at full stretch. His finest save came five minutes from time when he denied Roberts a second. Substitute James Ward crossed from the left and Roberts met the ball with a fierce volley. The ball looked certain to find the net but a stunning reaction save from the ‘keeper kept his side in the game.

Roberts wouldn’t be denied just a minute later, though, and he finally put the game beyond the visitors. Ward was again the architect as he looped a ball over the Ryhope defence. Atkinson came out to close the angle but Roberts poked the ball past him to double his tally.

His hat-trick would be complete two minutes into injury time. Ward and Coleman combined to create space for Roberts, who lashed a venomous effort beyond the helpless Atkinson to seal the match ball for himself and the points for his team.

The scoreline eventually resembled the control the Anchors enjoyed during the contest and secured the perfect end to a great week for Michael Dunwell’s side.