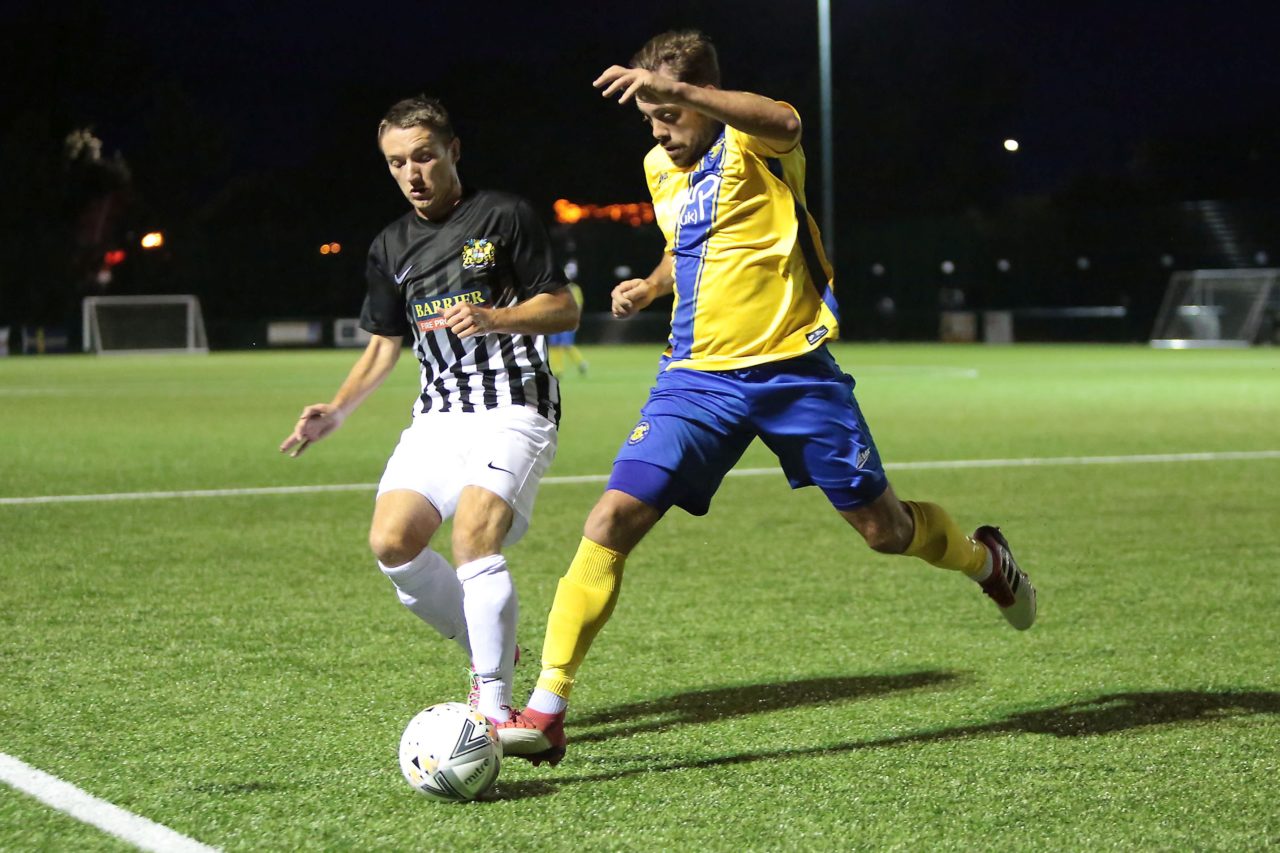 After beginning the campaign unbeaten in four, Stockton Town head to Newcastle Benfield on the back of two consecutive league defeats. With an FA Cup score to settle also, The Anchors will be looking to regain some momentum at Sam Smith’s Park.

Stockton have been unable to maintain any consistency in selection so far this season with players missing through suspension, injury and unavailability and this has perhaps been a large reason for an inconsistent start. With two wins, two draws and two losses on the board, The Anchors have been a mixed bag this season and the trip up the A19 comes with Michael Dunwell looking for a reaction from his side after an underwhelming home defeat on Wednesday.

Stockton will be relieved to have two of their defensive lynchpins, James Risbrough and captain Adam Nicholson, available for selection again after they missed the mid-week defeat to Bishop Auckland. If selected, that will afford Dunwell the option of returning Max Craggs into midfield, the set-piece threat having deputised in the heart of defensive in the past two fixtures.

One player who could miss the trip north is Peter Bulmer. The wing back returned to the starting lineup on Wednesday night but lasted little over a quarter of an hour before leaving the game through injury. In his post match interview, Dunwell stated that Bulmer could be missing for a couple of weeks with the knock.

The Anchors were pleased to see summer signing Jordan Robinson make his debut from the bench on Wednesday night and he will look to press his claim to continue his rehabilitation with more minutes on Saturday.

Saturday’s game is Stockton’s ninth of the season in all competitions but also their third against Newcastle Benfield. An FA Cup draw at Sam Smith’s Park was followed by Stockton’s worst display of the season in losing the replay at the Coverall Stadium.

Benfield have also had a mixed start to the season with highs and lows already in their fledgling campaign. They followed cup success over The Anchors with an eye-catching triumph at home to big-spending West Auckland to continue their FA Cup journey.

Despite their cup heroics, however, Benfield also head into Saturday’s game on the back of two consecutive league defeats. A 3-2 defeat away to Shildon was followed by a 1-0 reverse away at West Auckland and Mark Convery will be keen to kickstart some life into his side’s league season. With a difficult run of fixtures, Benfield’s only win league win has come with a 1-0 triumph over Sunderland RCA on the opening day.

One to watch – Paul Brayson

A veteran striker who needs little introduction, Brayson has been one of the region’s premier non-league forwards for the best part of fifteen years now. Prior to his time in the non-league, Brayson enjoyed spells that saw him scoring football league goals at Swansea, Reading, Cardiff and Cheltenham.

Now at 40 years of age, Brayson is very much in the twilight of his career but has shown little sign of letting up. With three goals in seven outings this season he trails Benfield’s leading marksman Dale Pearson by just one and has already found the net against The Anchors this season.

The former England C international continues to cause Northern League defences a problem despite his age and Stockton will be pleased to be see some defensive reinforcements available for selection to counter Brayson’s inevitable threat.

Nathan Mulligan’s excellent finish earned Stockton a 1-1 draw at Sam Smith’s Park earlier this season before an abject performance at the Coverall Stadium saw The Anchors dumped out of the FA Cup with a 3-0 defeat.

It was much more plain sailing for the yellow and blues last season, though. Scoring four in both the home and away fixtures, Stockton completed the double over Saturday’s opponents in 2017/18.

Goals from Kevin Hayes, Jamie Poole, Sonni Coleman and Chris Stockton secured a 4-0 home victory in October, which fell in the middle of a run of eight unbeaten for The Anchors. In the away fixture, goals from Max Craggs, Joe Carter, James Risbrough and Jamie Owens saw Stockton return down the A19 with all three points after a 4-1 triumph. More of the same on Saturday would be very welcome.

Newcastle Benfield vs Stockton Town is a 3pm kick off at Sam Smiths Park (NE6 4NU).