PREVIEW: Anchors Look To Bounce Back Against Bishop 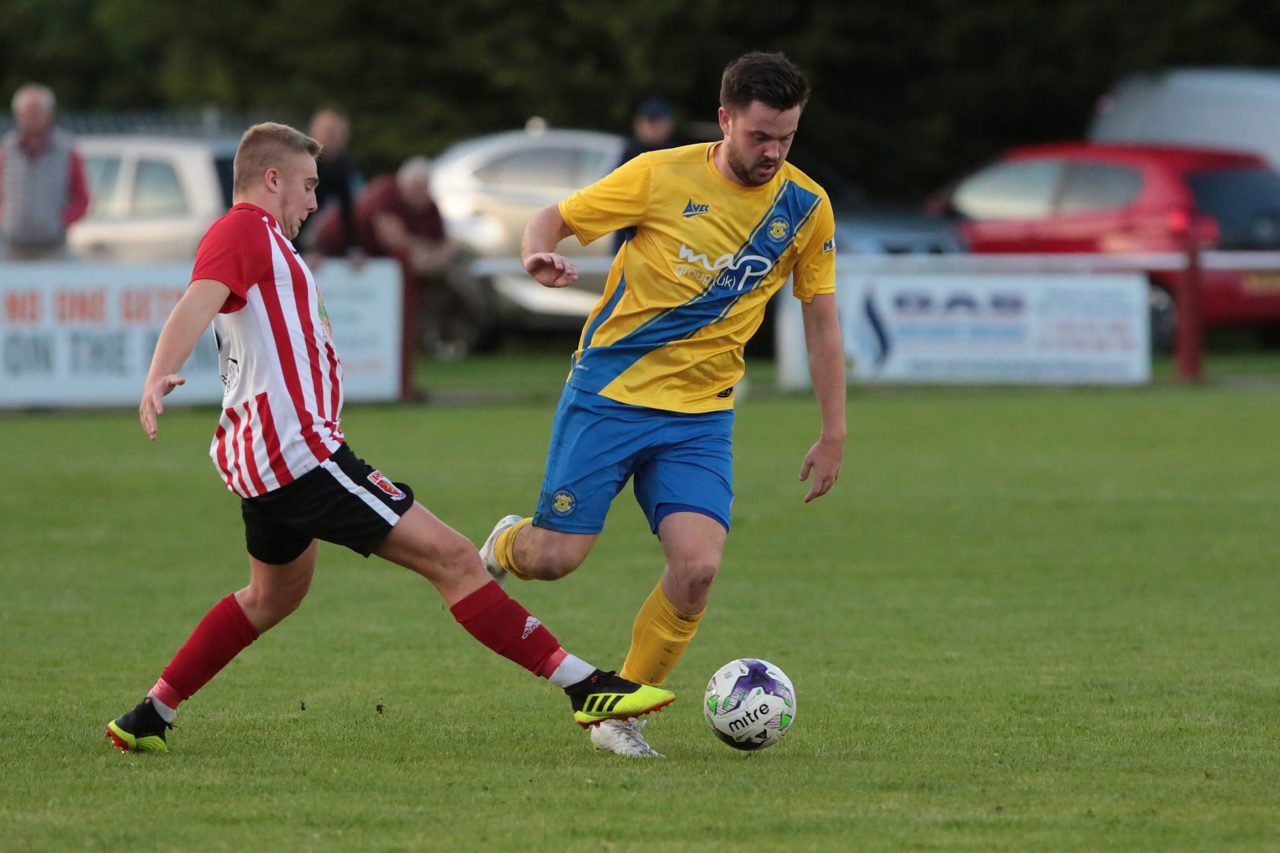 Stockton Town welcome Bishop Auckland to the Coverall Stadium on Wednesday night, looking to bounce back from the disappointment of a first league defeat of the season at the hands of North Shields.

Stockton were without a plethora of key players for the defeat at the Daren Persson Stadium with caretaker coaches Jason Hamilton and John Fielding facing a defensive selection headache. Such was the scale of the unavailability, Max Craggs was drafted into an emergency centre half role.

Despite still facing a few absentees, The Anchors welcome quite a few back into contention but also welcome back Michael Dunwell and JD Briggs to the dugout. The defence is still not quite at full strength for Dunwell as captain Adam Nicholson is unavailable once more and he is joined by James Risbrough in missing Wednesday’s game.

Stockton will be pleased to have wing back Pete Bulmer, who has impressed since joining from Marske, available and are also set to be strengthened in the heart of the defence with Dale Mulligan back from suspension. Fellow central defender Jordan Robinson was fit enough to be on the bench on Saturday and a debut may not be far away.

Nathan Mulligan impressed in the middle of the park when coming on as a substitute on Saturday and will be pushing for a return to the side having only been used from the bench after missing the game at Hebburn Town.

Stockton may have faced selection problems at the back but no such issues exist with the forward line. Mikey Roberts scored his fourth and fifth goals of the season in the losing effort at North Shields and his partnership with two-goal Sonni Coleman has been one of the most promising aspects of the season so far.

Bishop Auckland endured a rare campaign of struggle last season finishing just outside the division’s relegation places. A club with high ambitions, the Two Blues have frequently applied for promotion across recent season but have never been able to seal a return to the Northern Premier League with their league performances.

They matched their lofty aspirations with a sensational start to this campaign, flying out of the traps with three consecutive league wins. Scoring twelve goals in the process, Bishop saw off Whickham, North Shields and Ryhope CW to open their season.

FA Cup exit at the hands of Pickering Town has been compounded by a draw at Guisborough Town and defeat to Newton Aycliffe to bring their flying start back down to earth but it has still been a promising start. At times, they have been the architechts of their own downfall and have struggled to keep a full quota on the pitch. Five red cards in their last five games have caused key players to miss game time.

Bishops have demonstrated an ability to score goals across the park with versatile midfielder Darren Richardson among the division’s top scorers having found the net four times in six games. This one looks set to be a closely fought contest between two sides keen to return to winning ways after a first league defeat of the season at the weekend.

One to watch – Andrew Johnson

One of the division’s premier forwards over the past decade, Johnson is a clinical poacher and a proven goalscorer. In the 2012/13 season, he topped the goalscoring charts in the Northern League’s top division with 39 goals. His first spell with the club is when his reputation reached its peak with his record of 99 goals in 106 appearances catching the eye of the region’s big non-league clubs.

A move to Darlington followed in 2013 but he was never a forward suited to Martin Gray’s direct style of play and he was quickly let go. Johnson moved to Spennymoor before returning to home comforts at Heritage Park in October 2014. Despite scoring just once so far this season, Johnson possesses the knack of appearing inactive in a game before finding the net suddenly and he will no doubt prove a threat to Stockton’s defence if he features in this one.

It was honours even last season between the two sides with one win apiece. In the first meeting between the two sides, Stockton travelled to Heritage Park in October with the doldrums of their fledgling days as a Northern League Division One club becoming a distant memory. Bishop would play the spoilers on that occasion with a 3-1 victory handing The Anchors their first defeat in nine.

Stockton would get their revenge ten days before the first leg of their FA Vase semi-final with Marske United. You could have argued the case that The Anchors might be focusing on the game ahead but they sealed a professional 2-0 win at the Coverall Stadium. Bishop Auckland’s season was heading in an unusually negative direction by this point and goals from Kevin Hayes and Adam Nicholson sealed their fate on this occasion.

Stockton Town vs Bishop Auckland is a 7:45pm kick off at the Coverall Stadium.