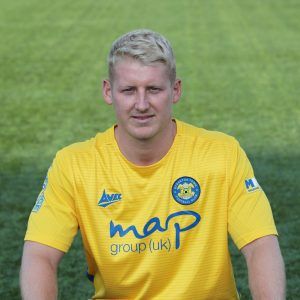 Tom started his career at Middlesbrough’s youth academy leaving at age 15. He played for Stockton Towns succesful U16s before being picked up by Guisborough where he received a lot of attention. He joined Evo-Stik League Whitby Town in 2011 and won three player of the year awards at the club in season 2012-13.

He signed for Darlington in the summer of 2014, and scored the goal of the season against Bamber Bridge. Tom starred in two consecutive promotions for the Quakers including winning the Evo Stick Premier Title. After missing most of the 2016-17 season with a bad injury, he left and spent last season at West Auckland. Tom is a mobile, all round, proven high quality, central midfielder who has a complete range of passing and dead ball skills.