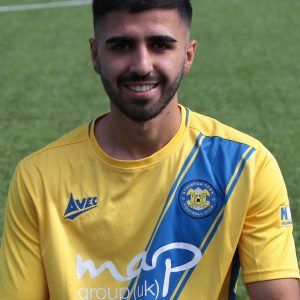 Shabs joined Stockton from Greatham as a junior player and starred in the successful U18s side that won the League and Durham County Cup double in 2017/18. Shabs is a tough tackling old school type box to box midfield player with bags of energy. Shabs has good ability on the ball and often gets on the end of things in the opposition box too. Shabs has been recognised nationally by England Schools FA where he captained England to the U18 Boys Centenary Trophy. After already featuring for the First Team in games in the last 2 seasons Everyone at the Club believes Shabs will become an important member of the First Team squad.