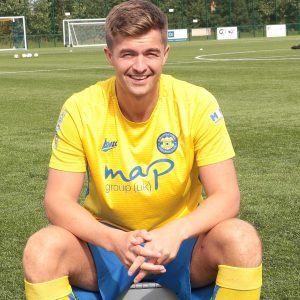 Nathan arrives from Shildon and is an experienced Northern League striker who has had successful spells at several clubs. He won the North Riding Senior Cup with Guisborough Town and was also part of the team that won promotion from Div 2, he also won promotion with Synners in the same year the Anchors came up from Div 2. Nathan is a tall, strong, target man type of forward who has good technical ability too and gets regular goals.