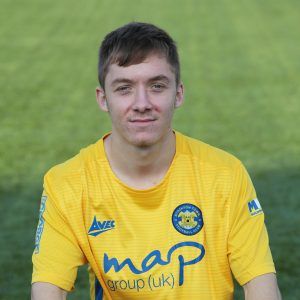 Kev forced his way into the first team squad during the 2nd Division title winning season in 2017 with a string of impressive performances for the U18s and continued that form to cement a regular starting place. Kev is the type of player that spectators want to see on the ball as much as possible, a naturally gifted wide attacker who commits defenders with a drop of the shoulder and can go past players at very close quarters and has rocket of a left foot. Kev can play on either wing and with his work rate and regular goals is a vital member of the attacking part of the team. After some mesmerising performances on the way to the Vase Final in 2018 he was voted North East young player of the year in the Sunday Sun.