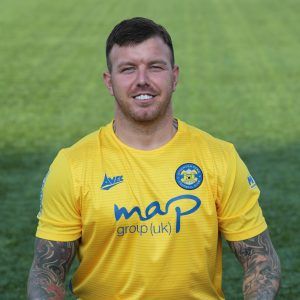 Jamie returns to Stockton Town for his third spell. J’LO played his junior football for the Club and starred for us in our First season as an Adult side in the Teesside League winning the Clubs Golden Boot. Jamie brings a wealth of experience and has played for Newton Aycliffe, Billingham Town and Marske Utd with whom he won the ENL Div 1 Title in 2015 and more recently in the Evostick League. He is a powerful quick striker with good feet and an explosive left foot shot. Like all top Strikers he scores all types of goals and has been prolific in the Northern League Division 1 for many years.