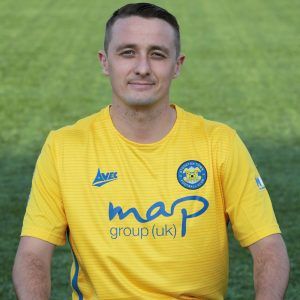 ‘Wardy’ is a product of the youth system at Stockton joining the club as an 7yr old and is a naturally gifted creative footballer with a superb touch and a wand of a left foot. After playing mainly in midfield and attacking roles throughout his career he was drafted into the role of left back and has held that position ever since and now shows a discipline never imagined as well as being instrumental in the attacking football encouraged by the manager.