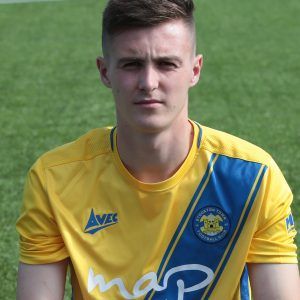 Jake is a product of the youth system at Stockton and was an important member of the U18s team that won the League and Durham County Cup double in 2017/18. He was included in the first team squad regularly during that season and when he played he didn’t look out of place in the Northern League and this season has become a full time squad member. Jake is an athletic and mobile centre midfield player who can play in a holding role and be creative with a range of passing and dead ball skills.