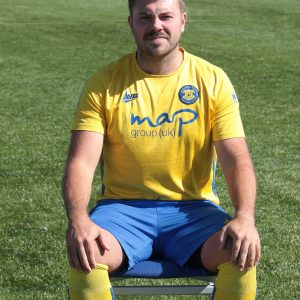 Dale re-joins his brother Nathan at his hometown Club after a spell at Shildon FC. He played for the Anchors during their successful Wembley run in 2017-18 and won Managers Player of the Year for some colossal performances, leaving for the Railwaymen early the next season. Dale is an old school centre half big and strong with a great never say die attitude. He is a no nonsense player good in the air and loves a tackle, he defends with everything on the line always. His experience of the Northern League and character strengthens the squad further.