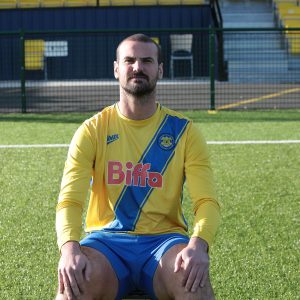 Chris joined in 2014/15 season and is a hugely experienced player with several Northern League sides. Chris has overcome a serious injury that kept him out for two seasons. A strong, physical player who after playing centre half for majority of his career is now used in a holding midfield role. Chris Captained Wolviston to their only trophy win the Wearside League Shipowners Cup win a few years ago.