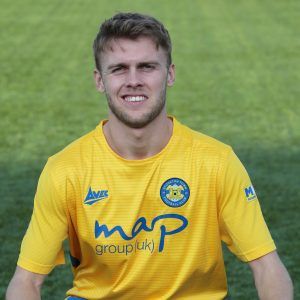 Cameron spent his youth days at Middlesbrough FC and then York City’s Academy’s. After being released he played for Whitby Town in the Evostick Premier League. Cameron is quick and athletic and is a talented and skilful player. He mainly operates as a wide attacker, but can play off the striker too. Camerons academy background and direct style will make him a good addition to the squad.