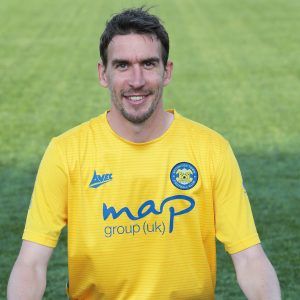 ‘Cossa’ joined us in 2013 and brought a huge amount of experience to a young squad after having many seasons playing in the Northern League. Alans versatility has been vital to the squad playing both midfield and defensive roles when called upon. Good in the air and quick in the tackle Alan excels as a holding midfielder with his work rate and commitment a major factor in providing cover for the back line. Cossa may be the elder statesman of the squad but he’s more vintage than veteran and he’s still one of the fittest and dedicated in the squad and is an excellent role model for any young player