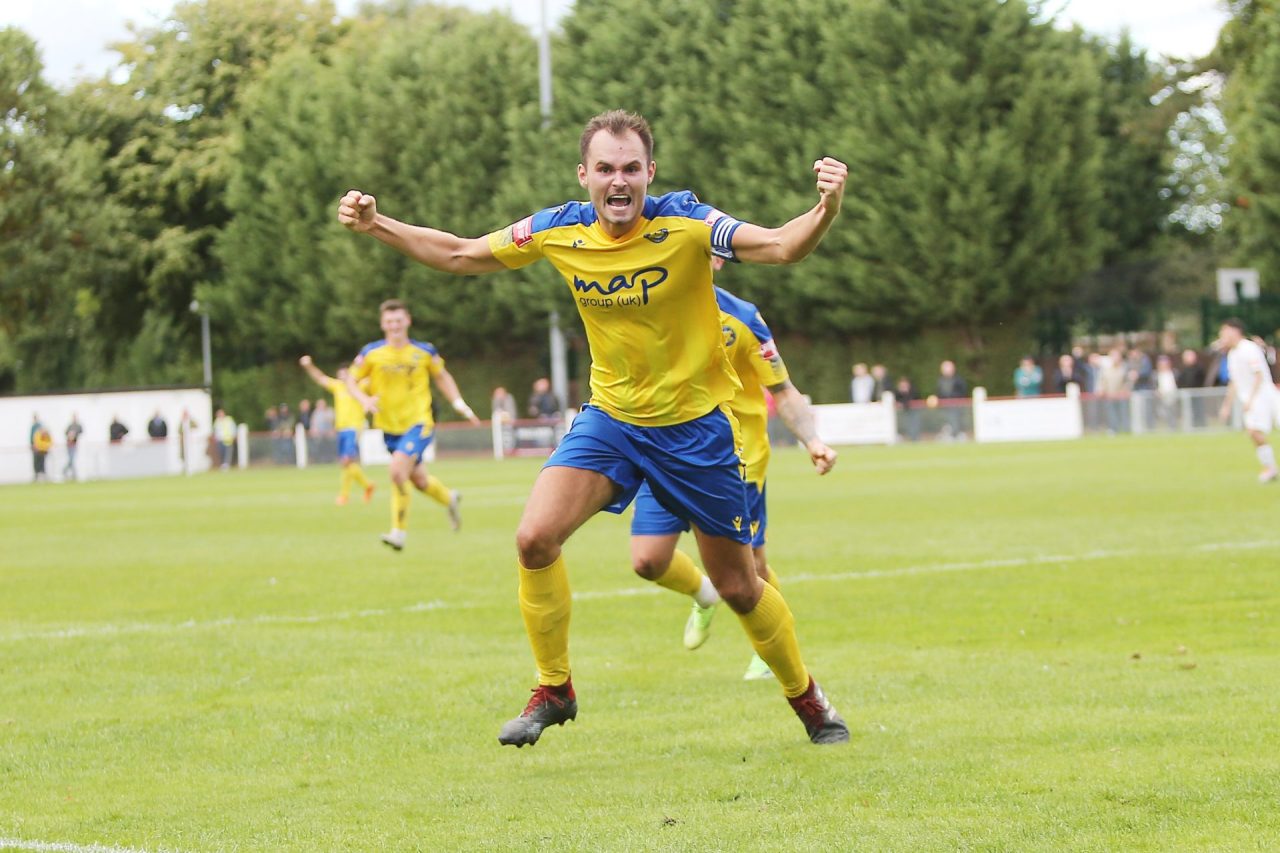 The Anchors looked set to be denied all three points for the first time this league season, however the Stockton captain got the final touch on the goal line to grab a crucial three points on the road.

Nathan Mulligan opened the scoring with a well taken penalty in the first half before the hosts equalised midway through the second period through Jake Park.

Stockton dug deep and found a winning goal as N. Mulligan’s corner was headed on by Stephen Thompson and stabbed home by Nicholson.

The result means the Anchors open up a three point advantage on Hebburn Town, with the Tyneside club having played two games more than the league leaders.

Michael Dunwell named two changes to the side which exited the Isuzu FA Trophy last Friday, with Lewis McDonald and Tyrone O’Neill coming into the team in place of the suspended Callum Roberts and Liam Cooke.

The Anchors started the game brightly as Tyrone O’Neill had the first shot on target in the game, which was forced behind for a corner.

Stephen Thompson and Kev Hayes had efforts on goal that went close; first Thompson’s effort was deflected behind from close range then Kev Hayes let fly from range which flew just past the post.

Stockton earned a penalty as Thompson’s cross was handled inside the penalty area, with N. Mulligan converting into the bottom left hand corner.

Mikey Roberts had the chance to double the Anchors lead as he was sent through on goal but he sent his shot straight to the ‘keeper.

M. Roberts was denied moments later by a stunning save from Nykah Liburd-Hines as he turnerd his curling effort round the post.

There were shouts for a Lincoln penalty on the stroke of half-time as M. Roberts cleanly intercepted the ball, nothing was given.

Thompson almost forced an own goal from Danny Briggs as the midfielder’s pull back was diverted towards his own goal by the Lincoln defender.

The hosts almost equalised as the ball was directed goalbound by Matthew Cotton but Dan McWilliams cleared it off the goal line.

Lincoln did level the game just after the hour mark as Jake Park slotted home under pressure inside the penalty area.

The Anchors stepped up the pressure in the final 15 minutes as Cameron Painter and Liam Cooke had efforts saved.

The game became stretched as both sides looked for a winning goal, M. Roberts and Tobias Liversidge with shots blocked in the final stages.

Stockton finally broke the resilience of Lincoln as N. Mulligan’s corner was headed on by Thompson, which looked to over the line, before Nicholson bundled the ball home to bedlam in the away section of the sideline.