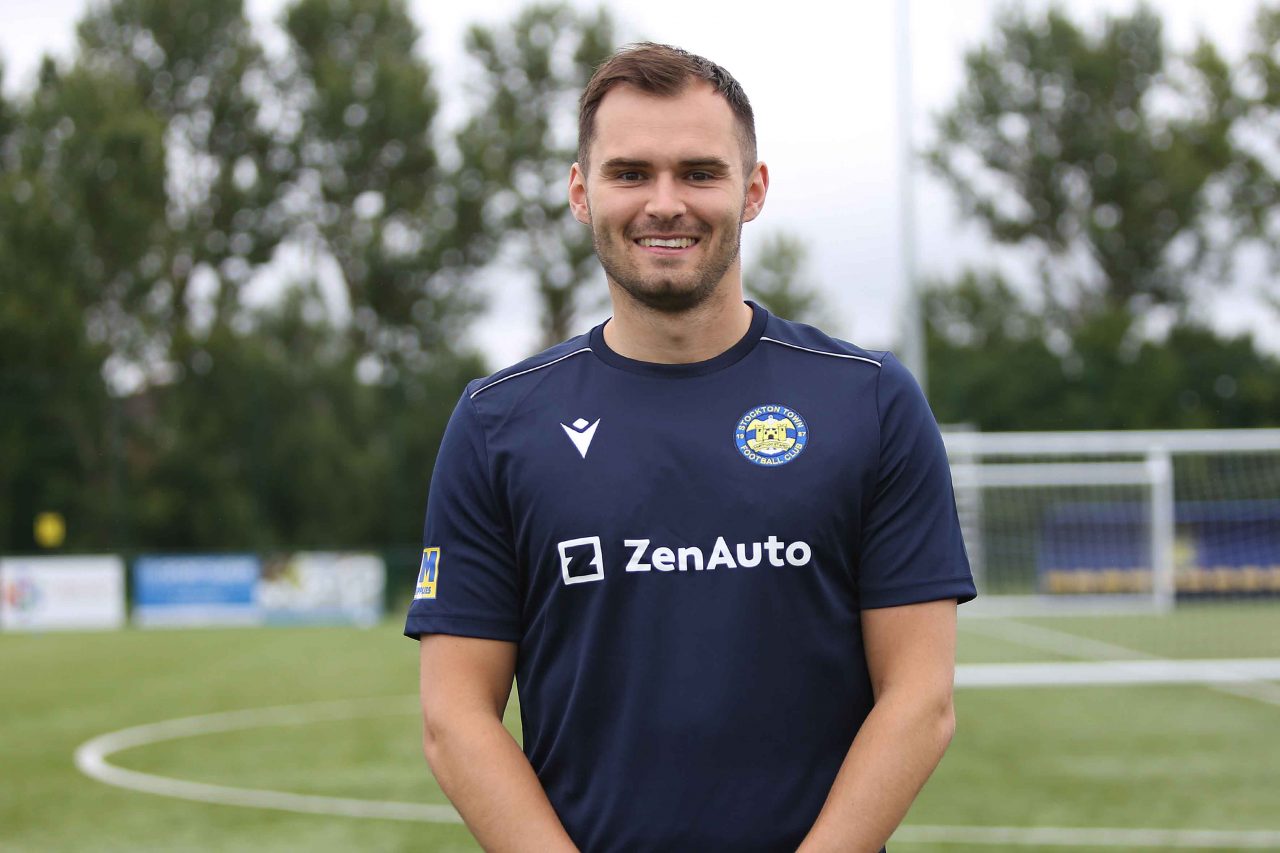 Captain Adam Nicholson expressed his delight at returning to training as Stockton Town edge closer to their first pre-season friendly of the summer – at home to Whitley Bay.

Michael Dunwell’s side returned to training last weekend to start their preparations for the new season, in which the Anchors will be playing in the Northern Premier League East Division for the first time in the club’s history.

Having earned promotion by finishing top of the combined table from the last two seasons on points-per-game, Stockton will head into the new league looking to challenge.

Nicholson surpassed 400 appearances for the Anchors during the 2020/21 season, and said it was pleasing to get back together as a group and begin training.

“I’m glad to be back,” Nicholson said. “We would’ve had three sessions before the game, and it is good to see the lads and good to get back out there.

“It looks like we’ll have a full season this time. We’re looking forward to it, and there shouldn’t be any issues. It looks like we’re coming out the back end of this pandemic and it’s all systems go for Saturday.”

It has been just over six weeks since the Anchors found out that they’d be playing at Step 4, and having finished top of the table on points-per-game over the last two seasons, Dunwell’s side head into the new league alongside Hebburn Town and Shildon.

Playing in the Northern Premier League will see Stockton go up against some familiar teams in Dunston and Marske United, while they’ll also be facing a lot of new faces too – and Nicholson said the team are focussed and will continue to take things one step at a time.

“When you’re not playing anymore, that’s when you’ll probably think about where it was on the journey, but at the moment, you’re just enjoying it and rolling onto the next game.

“You’re not really bothered who you’re playing or where it’s at, you just go to beat the next 11 in front of you. That’s the way I look at it.”

Promotion means new challenges for the Anchors, it also means more competition and that is something Nicholson is relishing – and admitted the team already know what their targets are.

“We know what our targets are,” the Stockton captain said. “I think we know that we’re capable of competing in this league. We’ve essentially, over the last two seasons, gone up in first place, therefore we’ve earned a right to play in this league.

“There’s going to be some tough games because there’s some good teams in this league, but we are one of them.

“We generally split the season down into two halves, and see where we are at Christmas and go from there.”

The Anchors face Northern League Division One side Whitley Bay in their first friendly of the summer, looking to get minutes into the players after six-and-a-half months without a competitive game.

Stockton have faced the four-time FA Vase champions seven times in competitive games, six in the league and once in the FA Vase – winning four, drawing once and losing twice.

Nicholson said: “I’m looking to get some minutes into my legs, get back to playing competitive football again, and looking to build on our momentum that we picked up on last season.

“Just before we stopped, we had a bit of a slow start, and we ended up on a nine-game unbeaten run in the league before the Shildon game, and then the lockdown come before Christmas.

“It seemed like we clicked as a unit, both at the back and going forward, so I’m excited to try and rekindle that. I do appreciate that it’s going to take time, but it’s exciting to be back and try to build on what we started last season.”

The game against Whitley Bay kicks off at 3pm on Saturday afternoon, and is free entry to all supporters – the club will be following guidelines set by the DCMS with 50% crowd limits currently in place.