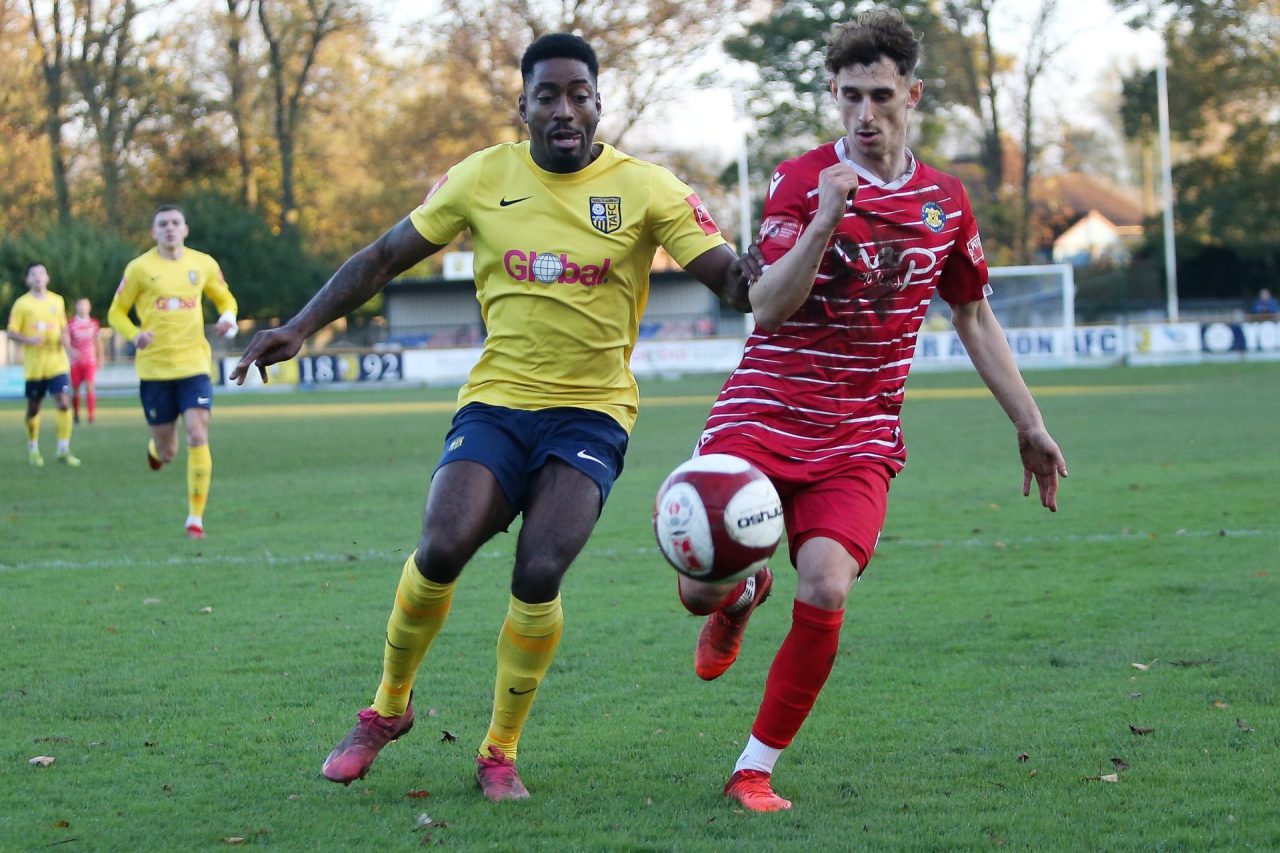 Lewis McDonald saved a first-half penalty as Stockton Town earned all three points in West Yorkshire with a 2-0 win at Tadcaster Albion.

McDonald denied Rob Guilfoyle from the spot after 14 minutes, with the Stockton ‘keeper diving to his right hand side to palm away the forward’s effort.

Liam Cooke curled the Anchors ahead in spectacular fashion, finding the top corner for his second goal in as many games.

Adam Nicholson doubled Stockton’s lead with a close range finish after his initial header was saved, with the captain converting the rebound.

Tadcaster were awarded a spot kick after Theo Hudson was brought down in the area. Guilfoyle saw his penalty saved by McDonald.

Tymon went close to opening the scoring as he flicked on Kev Hayes’ corner narrowly wide.

T’Nique Fishley found space in the Stockton penalty area but sent his shot wide of the goal from six yards.

Stockton twice went close to taking the lead in quick succession as Kev Hayes drew a save from Max Culverwell before Stephen Thompson sent a brilliant ball across the face of goal which just evaded Tymon.

With the scores level heading into the break, Cooke unleashed a stunning effort into the top corner on his right foot for his second goal in as many games.

Stockton saw plenty of the ball early in the second half as they looked to add to their lead, with Glen Butterworth exchanging a neat one-two with Tymon before firing over the bar.

Nicholson did add a second for the Anchors as he converted on the rebound from Kev Hayes’ corner midway through the second-half.

McDonald produced another good save to deny Fishley a consolation goal for Tadcaster, before Nathan Mulligan looked to have sealed all three points but he was denied brilliantly by Culverwell.

Next up for the Anchors is a trip to Sunderland RCA in the Durham Challenge Cup.