Stockton Town claimed a third 1st Division scalp in a 2-0 win at Consett, following on from victories at West Auckland and Whitley Bay to move into the last eight of this Cup competition. In what is turning out to be a fantastic inaugural Northern League campaign Stockton were full value for this win.

This fixture saw the only two teams in the Northern League that play on a 3G pitch go head to head in this cup tie.

Stockton Town started the game on the front foot as Kallum Hannah brought the first save of the game when he tested Sam Guthrie with a shot from the edge of the box. It was then Consett’s turn to apply the pressure and they forced a number of early corners that Stockton dealt with.

However it was a corner to Stockton that broke the deadlock after 23 minutes, the Consett defence failed to meet the corner and Hannah glanced the ball to the far post for Adam Nicholson to fire the ball past Guthrie in the Consett goal. 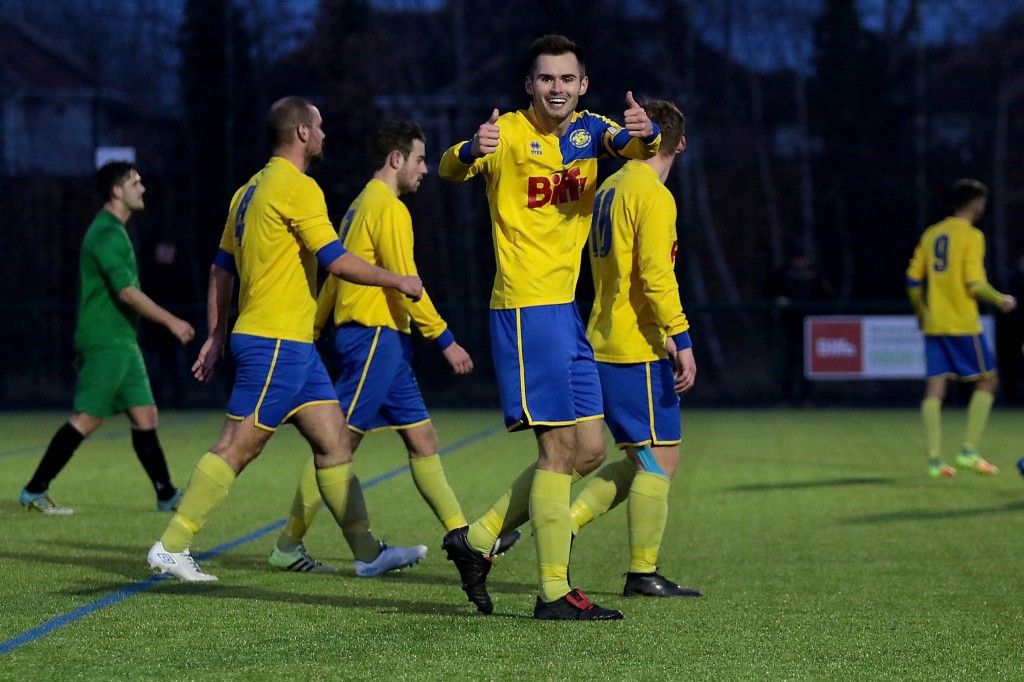 Adam Nicholson opened the scoring in the 23rd minute.

Stockton were now well in control and were a constant threat to the Consett goal with some swift incisive passing creating a number of chances.

Meanwhile Consett were  struggling to get the ball past the Stockton rear guard on the floor and started an aerial attack, that Nicholson and Tom Coulthard dealt with and along with the dominant Michael Arthur in the Stockton goal kept the Consett attack restricted to attempts from distance. Just before half time came Consett’s best chance of the half, from a right wing corner  ex Billingham Synthonia player Michael Sweet  deflected his header went just wide of Michael Arthur’s post.

The second half saw Stockton still the best team and Guthrie was the busiest of the keepers, saving from Hannah, then Kevin Hayes low shot by the post, and Joe Carter who broke free and with only Guthrie to beat found the keeper strong as he pulled off a fine save.

Consett were given a mountain to climb after 68 minutes in a off the ball incident involving Tony Johnson and Ryan McKinna. The Assistant referee flagged and after a discussion with the referee both were shown a yellow card, but unfortunately for the Consett player he had already picked up a card in the first half for dissent, leaving the referee no option to show McKinna a red card. 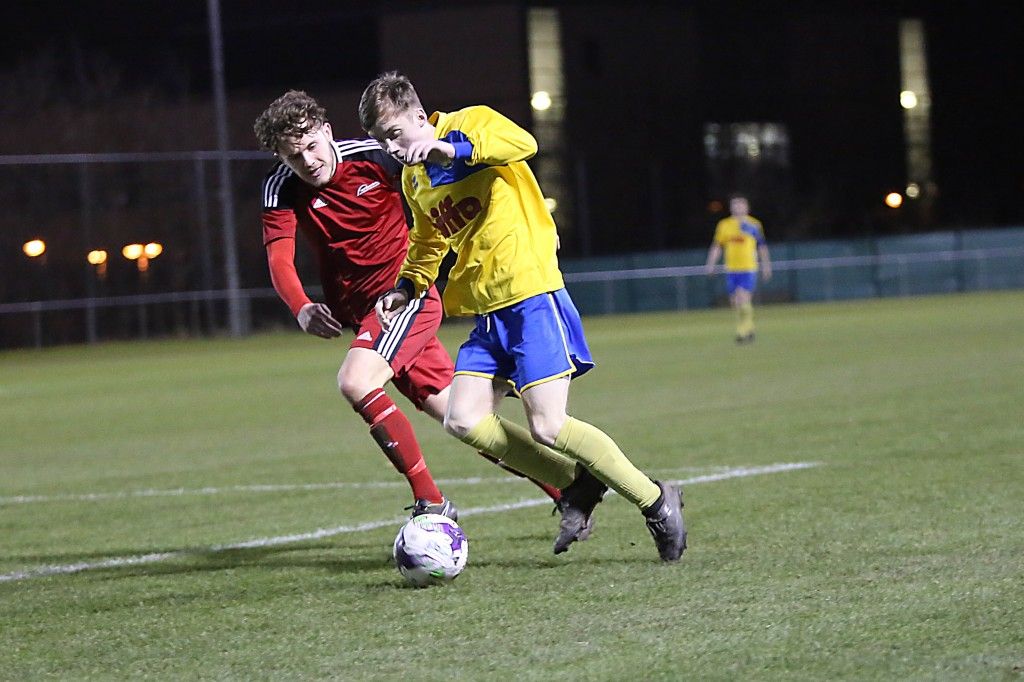 Kevin Hayes grabbed Stockton’s second goal to round off a fine team display.

In the 2nd minute of stoppage time a long ball found Kevin Hayes who raced towards goal, but again Guthrie stopped his shot but the ball fell nicely for the Stockton player who made no mistake with his second chance.

A well deserved victory and it is another Cup fixture for Stockton next when we visit local rivals Billingham Town in the Earnest Armstrong Memorial Cup.