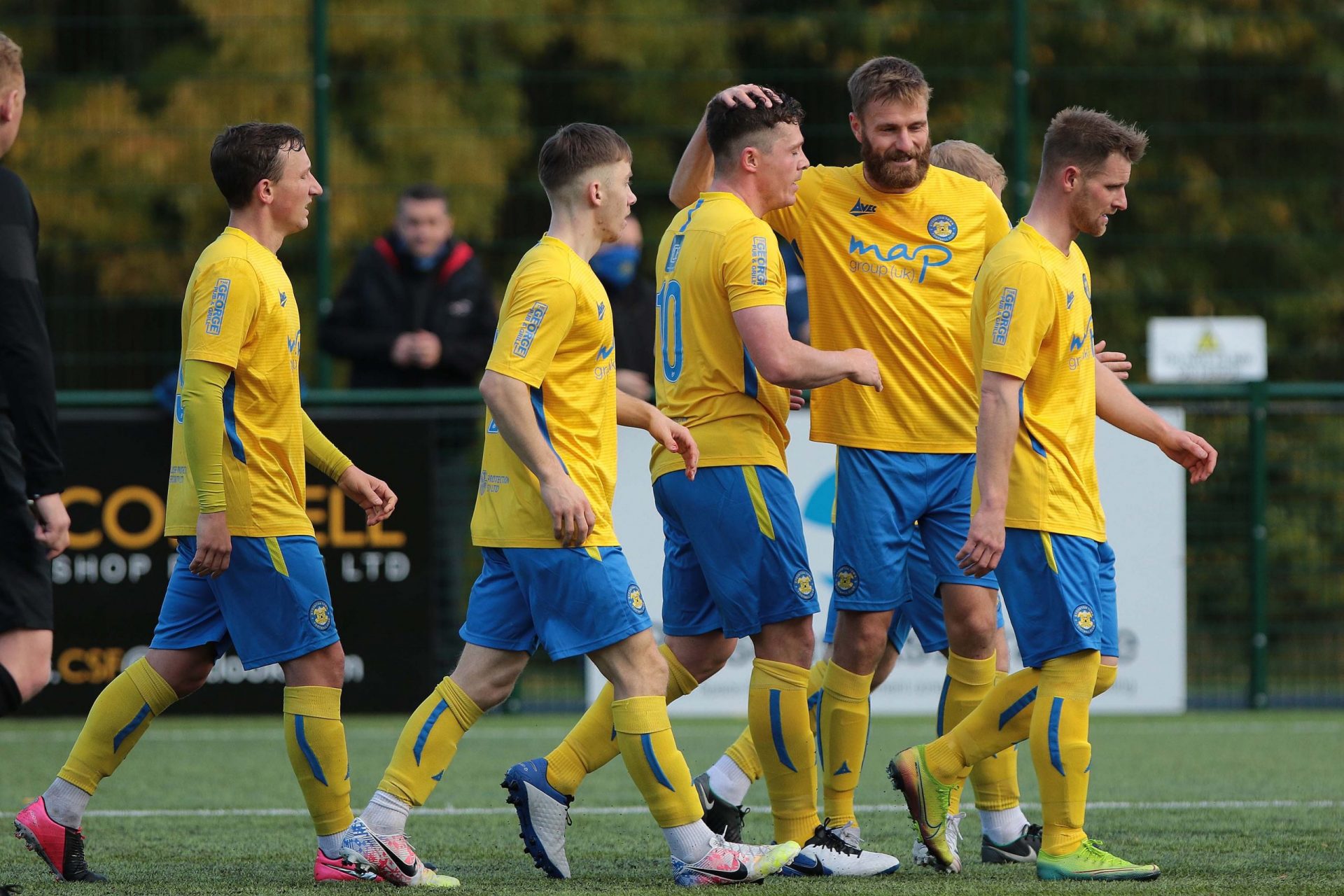 Shane Henry scored his first Stockton Town goal as the Anchors produced a dominant second half performance to beat Consett 4-1.

The midfielder's first goal in yellow and blue put the Anchors ahead, Nick Allen equalised for Consett five minutes later.

Both sides enjoyed chances in an entertaining opening fifteen minutes, Kev Hayes went close from a free kick before Darren Holden hit the woodwork from a cross for the visitors.

The Anchors took the lead just before the quarter hour mark, breaking free from a Consett corner, Lewis King charged down the right and supplied Shane Henry with a free header.

The Steelmen reacted well to going behind and were on level terms shortly afterwards, Nick Allen half-volleyed into the corner from Luke Carr’s cross.

Consett missed a golden chance to go in front through Ali Alshabeeb, the striker latched onto a poor back pass but his tame effort was cleared off the line by Tom Coulthard.

The visitors kept pressing and almost took the lead again, Callum Roberts on top form to deny Calvin Smith from a tight angle

In an end to end spell on the half hour mark, Stockton went close to re-taking the lead through Franks but the ball was cleared off the line, Consett counter attacked and Dale Pearson’s effort was well saved by Roberts before the Anchors broke to win a free kick on the edge of the box, which flew just over the bar.

Henry almost doubled his tally for the club, his shot on the turn was saved by Kyle Hayes after a good spell of possession for the hosts.

Consett created another chance, Jermaine Metz picked out Pearson, who attempted to round Roberts but was denied by the Stockton ‘keeper.

Stockton ended the half with a couple of opportunities, Hayes’ free kick was saved by his namesake before the winger’s chipped pass round King, who flashed a shot across goal.

The Anchors adapted their system going into the second half, and reaped the rewards as they retook the lead shortly after the hour mark.

Robinson, sent in a wicked cross that Jonathan Franks met at the near post to convert home.

The goal bred confidence in Stockton, who were now looking the more threatening side and could have been two goals in front, McWilliams’ cross was just out of reach of Jamie Owens.

The Anchors kept pressing, Owens clipped through ball to Franks was deflected for a corner. From the resulting set piece, Adam Nicholson rose to volley Hayes’ cross into the back of the net.

Consett created their first real chance of the second period through Dale Pearson but Roberts was there with another good save.

Stockton secured all three points shortly before full time, Owens, who was excellent as a substitute, found Nathan Mulligan who took his time to round the goalkeeper and slot home for four.

Next up for the Anchors is a trip to free-scoring league leaders Hebburn Town on Tuesday 13th October.