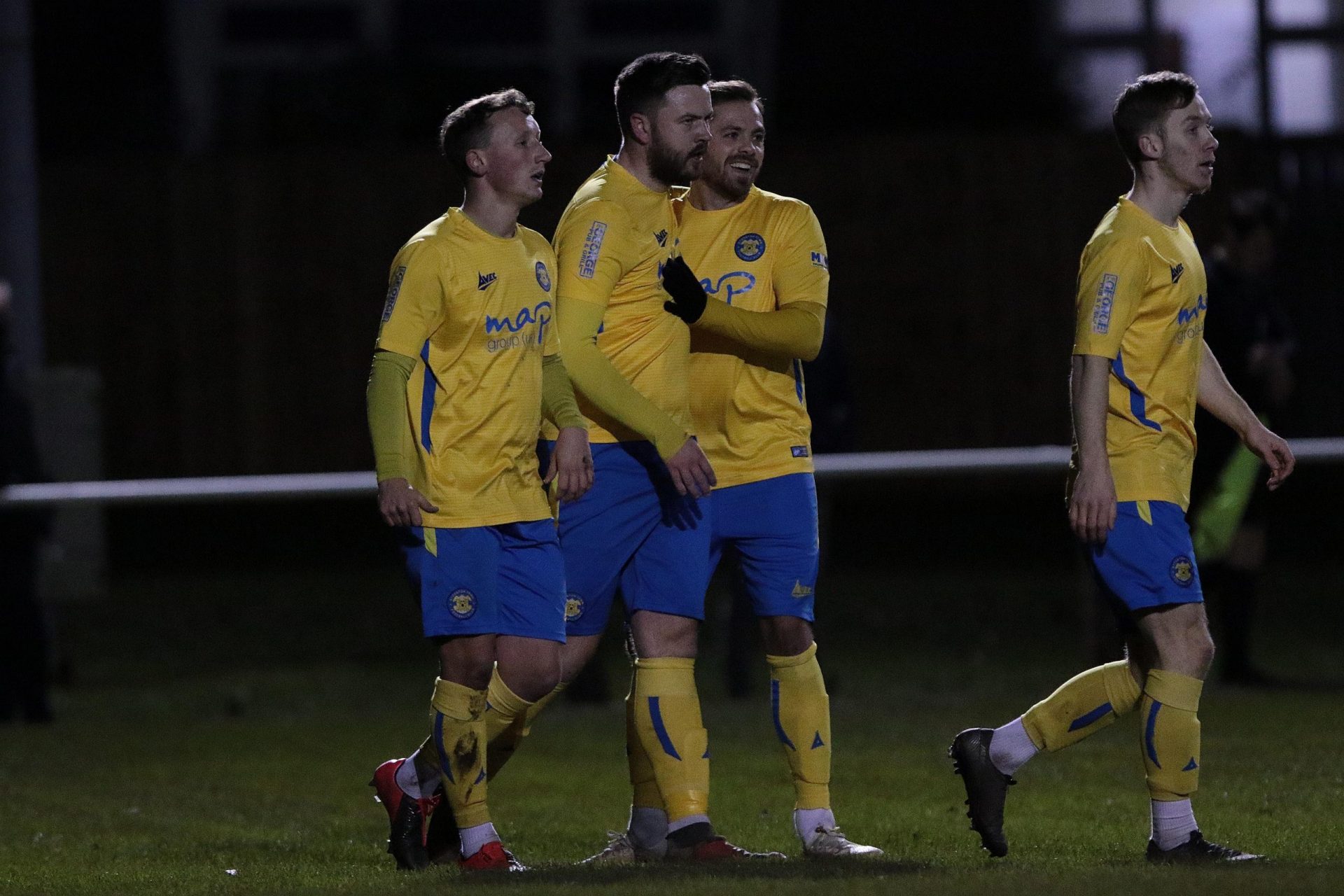 Max Craggs’ ninth minute opener, his first of the campaign, was enough for the Anchors to take all three points at Ryhope Recreation Park.

The visitors were quick out of the blocks and could have been ahead after five minutes, Craggs found Mikey Roberts with a through ball, the striker was intercepted but the ball fell to Nathan Mulligan who uncharacteristically missed the target from close range.

The Anchors did take the lead shortly afterwards, good build-up play on the left flank set up Owens to play inside to Craggs, who calmly finished into the bottom corner.

Stockton were awarded a penalty when Owens was felled in the penalty area. Nathan Mulligan stepped up but sent his spot kick over the crossbar.

Nathan Mulligan found Kev Hayes with a cross field pass, the winger rode a couple of late challenges to find Mikey Roberts, who couldn’t quite get a shot on target.

Adam Nicholson, on his 400th appearance for Stockton Town, set up a counter attack with a good challenge, from the attack, Lewis King’s cross was blocked behind for a corner.

Dan McWilliams and Nathan Mulligan combined on the left flank before finding Mikey Roberts, who found Owens but the striker’s turn and shot hit the side netting.

Callum Roberts was called into action for the first and only time of the match, diving excellently to tip a Ryhope free kick past the post.

King went a charging run down the right flank, his cross found Owens who turned and shot with his right foot, forcing a good save from the Ryhope stopper.

The Anchors won a free kick on the edge of the area, although there were claims from the visiting support it was inside the box. From the set piece, Owens’ shot was saved and Mikey Roberts’ follow up missed the target.

Stockton stood firm for the final 20 minutes to take all three points from a ground in which they took zero from last campaign.

The Anchors enter the enforced break on the back of seven wins from their last nine games, a run that has seen them rise to 2nd in the Northern League table.

Michael Dunwell’s side have also picked up the same number of points after 12 games than at the same stage last season.