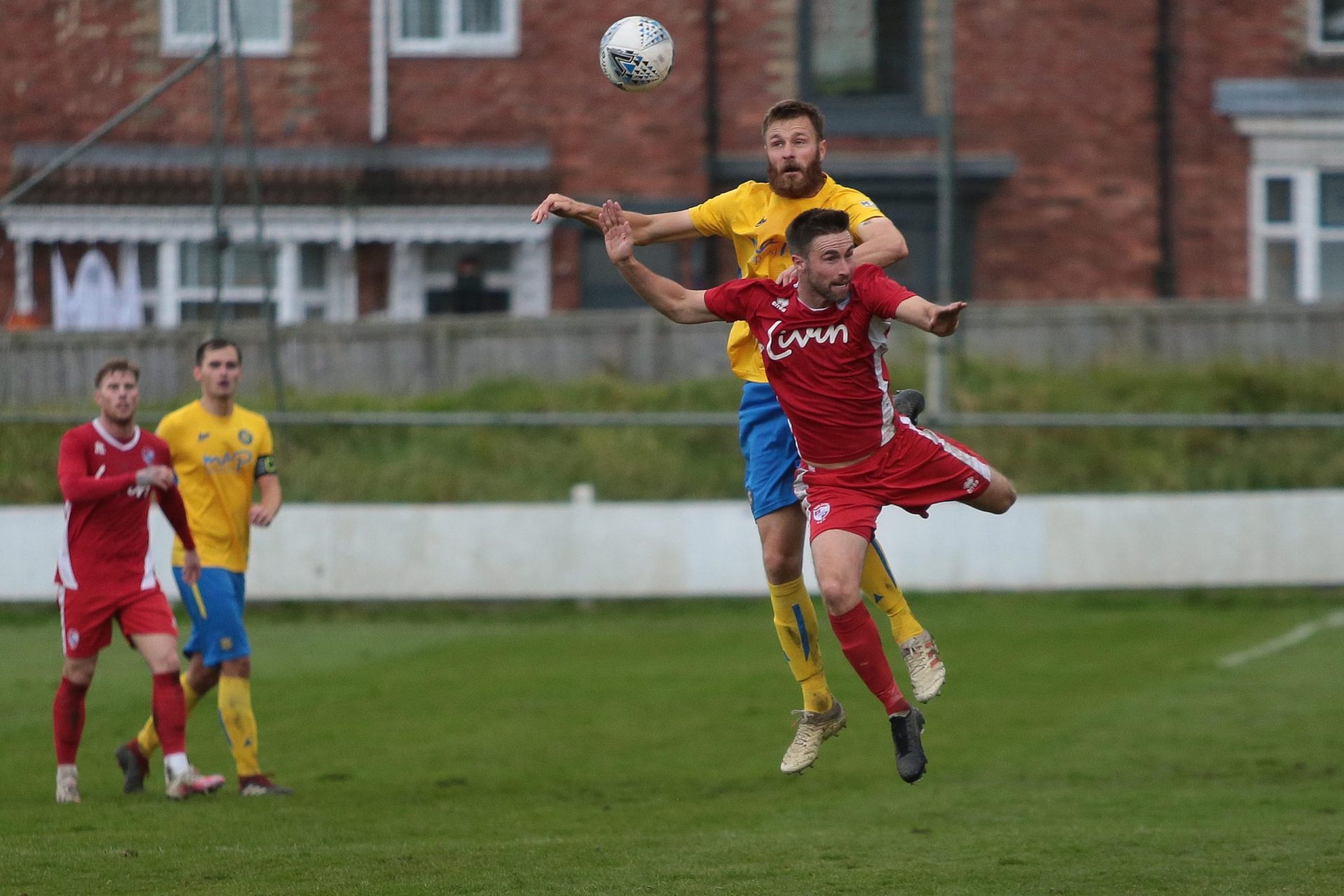 Stockton Town played through a goalless draw for the first time this campaign with a stalemate at Shildon.

In a game of few clear cut chances, arguably the best chance of the match fell to Shildon through Kurt Matthews, who missed the target from six yards.

The first opportunity fell to the hosts, a free kick in a dangerous area was fired over by Aidon Heywood.

Callum Roberts sprung into action to make a smart save from Joe Posthill.

Shildon had the biggest chance of the half to take the lead, the ball fell to Matthews who somehow blazed over from six yards out.

The Anchors worked their way into the contest and began to make chances, Hayes’ initial shot was blocked before his second effort curled just wide.

Hayes was involved further, the winger broke the offside trap but his cut back to Robinson was intercepted before the midfielder could connect. Hayes and Robinson combined once more but the latter’s effort was blocked for a corner.

Henry went close to his second goal in two games, his flick from Hayes’ low cross was saved by the Shildon ‘keeper.

There were claims for a Stockton penalty when Nicholson felt he was fouled by Palmer as he shot into the side netting.

Stockton started the second period with plenty of possession, Owens and Franks exchanged passes before the former’s strike sailed just over the bar.

Callum Roberts was called into action and made two brilliant saves to deny Michael Sweet. First, the Shildon striker turned and shot but Roberts was down expertly to his left to deny the hosts the lead.

A few minutes later, Sweet’s effort was well saved again by Roberts to his left.

Stockton’s best chance of the match fell to Henry, King broke forward and found the midfielder but his fierce effort was well saved by the Shildon number one.

McWilliams was on hand to a make a crucial sliding challenge to deny Thexton a one on one opportunity.

A goal mouth scramble ensued in the Stockton penalty area as Thexton, Sweet and Palmer all had efforts blocked by a resilient Anchors defence.

Stockton could have won it in injury time as Hayes broke on the counter attack, his cross to Nathan Mulligan at the back post was cleared before Mulligan could connect.

It is Stockton’s first goalless draw since the 2019/20 season closer at West Auckland back in March.

Up next is a trip to Cumbria to take on Penrith, on Saturday 24th October.