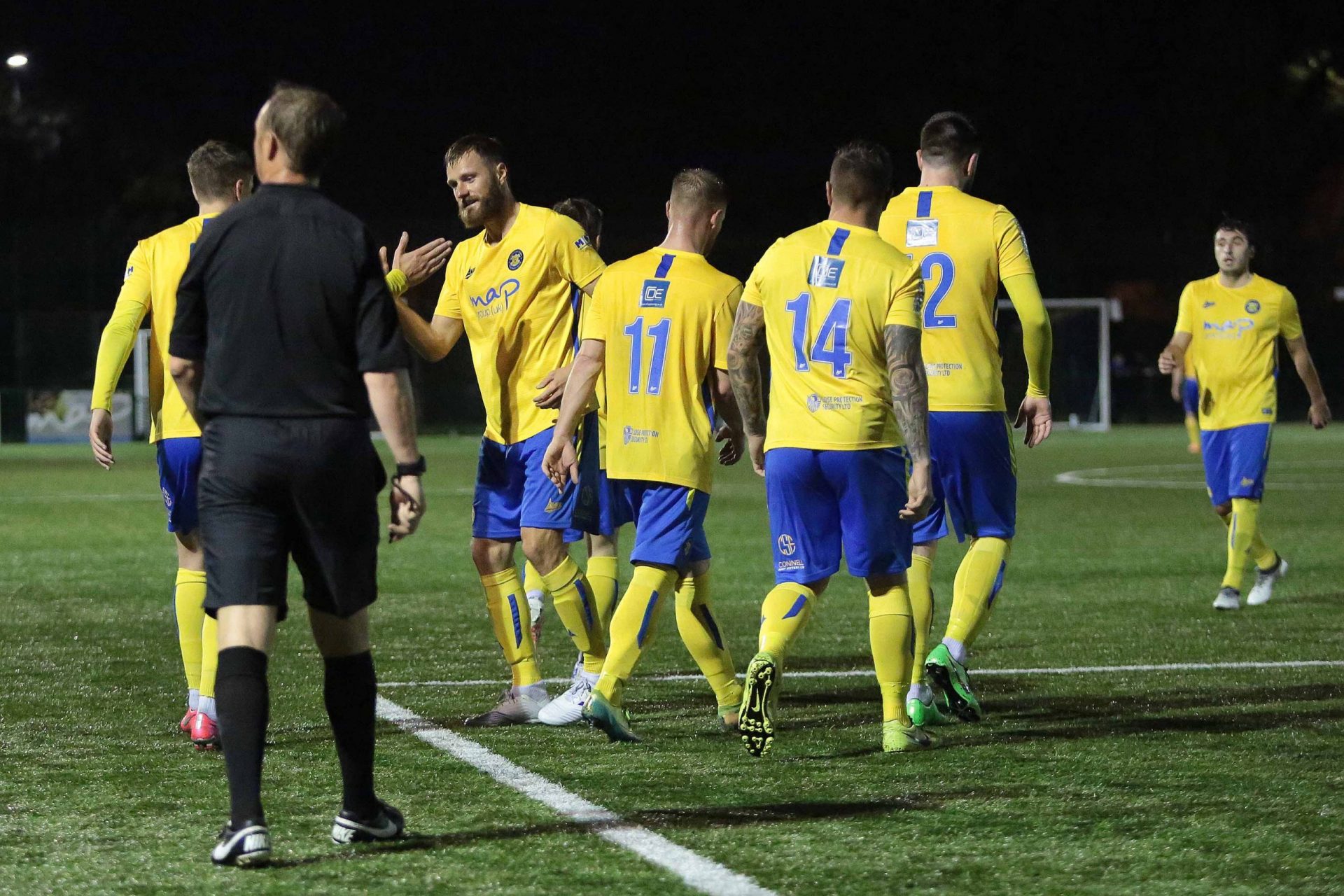 Stockton Town ended September with a 2-0 win over Whitley Bay.

Second half goals from Jordan Robinson and Lewis King mean the Anchors have now recorded consecutive victories for the first time this campaign.

Whitley Bay started on the front foot with the visitors earning three corners in the opening ten minutes.

Neither side created many clear cut chances in what was a cagey first half, Jonathan Franks and Kevin Hayes each seeing shots go wide in the opening half hour.

Stockton ended the first half in the ascendancy, McWilliams' cross was deflected just out of reach of the onrushing Mikey Roberts and Nathan Mulligan.

Franks had an effort on goal that was saved by the Bay 'keeper.

The Anchors started the second half on the front foot and within three minutes had a chance to take the lead, Hayes incisive throughball to Portas was well saved at close range.

Stockton did take the lead just over 10 minutes into the second period, Franks' corner was ricocheted into the path of Jordan Robinson, who's initial effort was blocked but managed to slot in at the second time of asking.

The Anchors stepped up a gear following the breakthrough, Mikey Roberts close range strike was well saved by the excellent Whitley Bay no. 1.

Tom Coulthard found Hayes with a long diagonal pass, the winger cut inside before his shot was well saved at the near post.

Stockton settled any nerves 15 minutes from time with a second goal, Lewis King roamed forward, took the ball in his stride before moving his way into the box and slotting under the 'keeper from close range.

King almost grabbed his first brace for the Anchors with a similar run, he cut inside but his shot was saved behind for a corner.

Gary Mitchell entered the field with a couple of minutes remaining to make his Stockton Town debut.

The Anchors next fixture is away at Newcastle Benfield on Saturday 3rd October at 3pm.