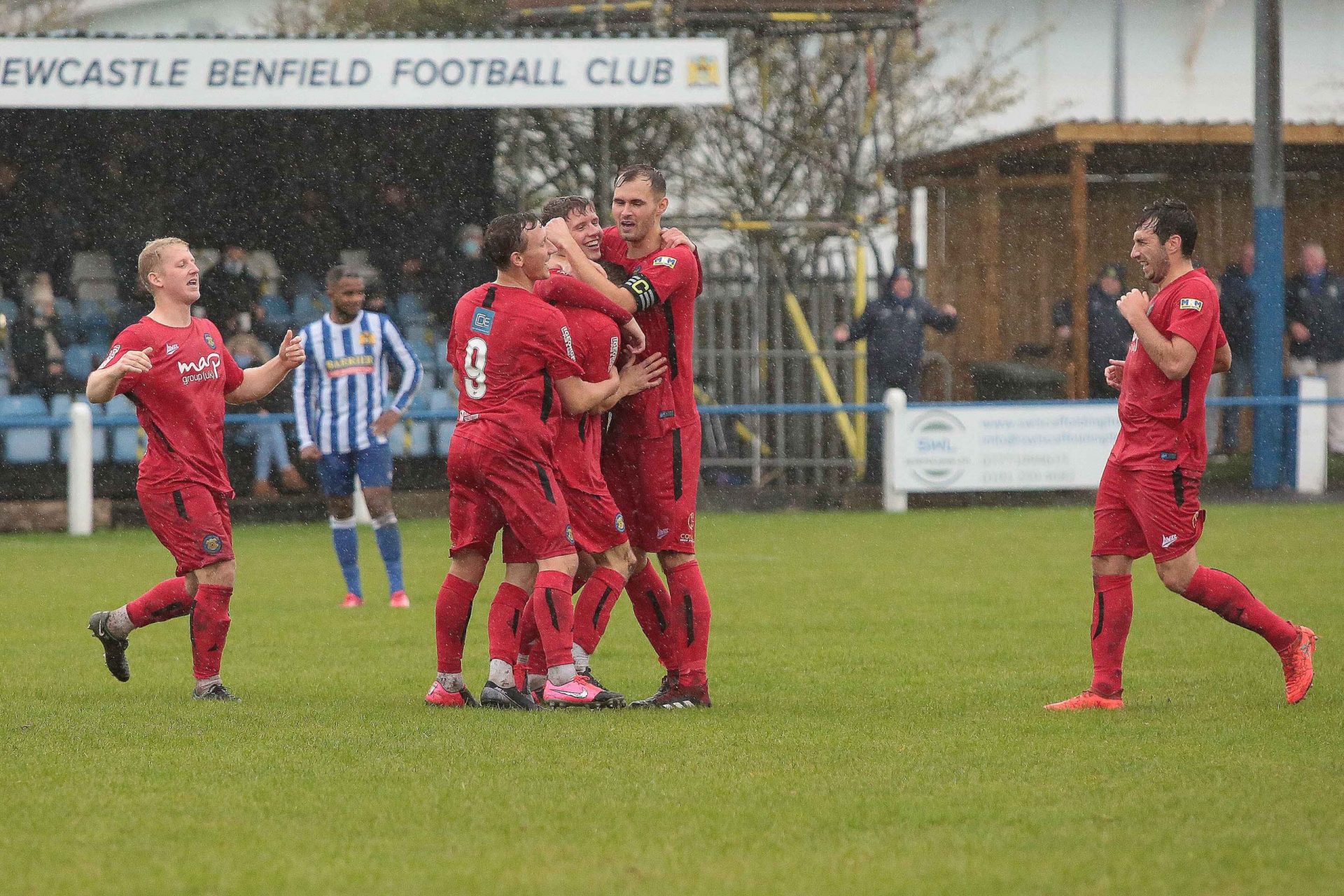 Stockton Town produced a battling performance to come from behind and defeat Newcastle Benfield in tough conditions.

Amidst continuous downpour, the Anchors fell 1-0 behind five minutes before half time as Aiden Haley slotted the hosts into the lead.

Stockton replied immediately from kick-off, Mikey Roberts with his fifth goal of the campaign to bring the visitors level.

Kevin Hayes scored what was the match winner with a stunning curling shot from 25 yards five minutes after time.

Unsurprisingly in tricky conditions, neither side settled in the game as both sets of players adjusted to the pitch.

Tom Portas saw a couple of shots blocked on the edge of the area in Stockton's only real attempts in the opening half hour.

Benfield controlled possession through the latter stages of the half, and continued to try work opportunities for themselves.

The hosts did take the lead just five minutes before the interval, Haley drifted inside and slotted a low effort past Callum Roberts.

The goal appeared to spur the Anchors on as they equalised from kick-off, Lewis King worked his way into the penalty area and cut back for Mikey Roberts to score for the fifth time this season.

Stockton came out for the second period with fresh intent, moving the ball quicker and were rewarded inside five minutes, Hayes curled a brilliant strike into the top corner for his third goal in as many matches.

Jordan Robinson almost scored for the third game running, his first time effort from the edge of the area was well saved by Grainger.

Newcastle Benfield reacted and started to pressure the Stockton back line; McWilliams, Nicholson and Coulthard all on hand to clear any danger.

Benfield pushed for an equaliser but the Anchors held on for a third league win in a row.

Next up is a home league fixture against Consett, on Saturday 10th October.