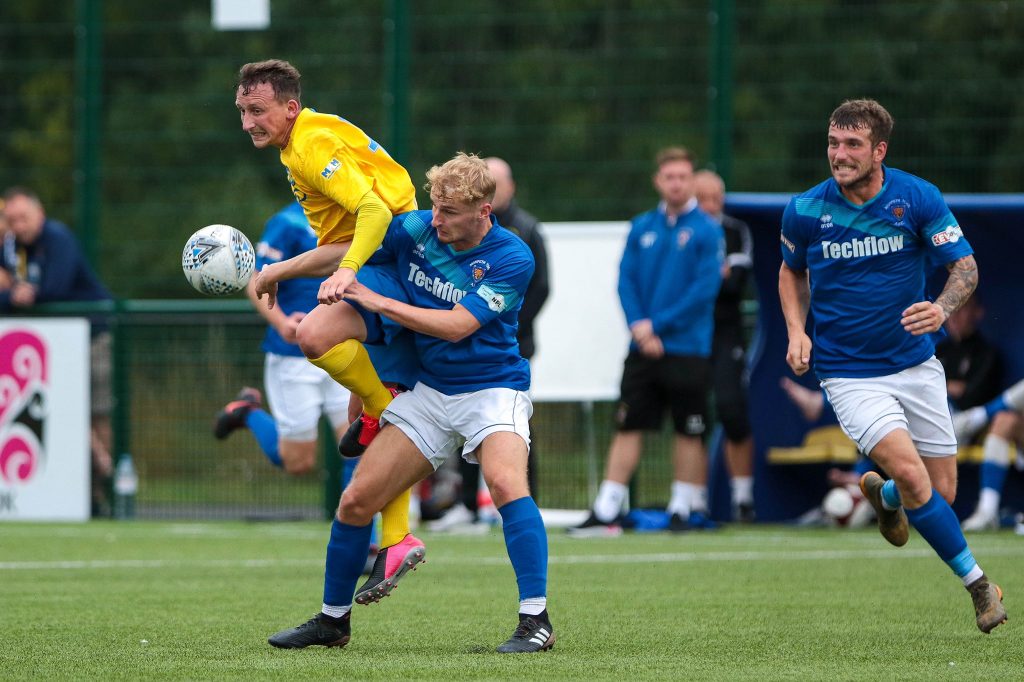 Stockton Town returned back to action for the first time since March as they lost 2-0 at home to Morpeth Town in a pre-season friendly.

A dubious penalty allowed Liam Noble to convert for the opener, with the Highwaymen doubling their lead through Joe Walton with six minutes to go after a wonderful passage of play.

Morpeth started the game the brighter of the two sides but it was the Anchors who produced the first real sight on goal, with James Risborough producing a cross from the byline that was just out of reach of the onrushing Nathan Mulligan.

The Highwaymen then began to take control of the contest, with Johnson and Connor Oliver both forcing saves from Callum Roberts.

Stockton found themselves on the front foot late on in the first half, first a Max Craggs header was cleared off the line, then the midfield man saw a fierce strike sail just over the crossbar. Craggs found himself in the thick of it again as his wicked delivery fell into the path of Nathan Mulligan who blasted over from close range.

In the midst of the home side’s momentum, Morpeth were awarded a dubious penalty when Johnson went down in the area. Liam Noble stepped up and despite Roberts guessing the right way, slotted Morpeth into the lead.

Michael Dunwell made seven changes at half-time, and the Anchors started the second half on the front foot with Mikey Roberts forcing the Morpeth defence into a mistake but efforts from Roberts, Fred Woodhouse and Cieran Jackson were all saved by the Morpeth ‘keeper.

Further hesitation in the visitors’ back line allowed Lewis King to get a strike away, and minutes later Stockton should have equalised when Roberts set up Woodhouse, who was denied by an excellent save. From the resulting corner, Jordan Robinson found his strike well saved.

Morpeth doubled their lead with ten minutes to go following a wonderful passage of play, the visitors retained possession in the midfield before a lovely through ball found Carl Finnigan in space, who calmly squared the ball for Walton to seal the result.