The Anchors went through to the last 8 of the Durham Challenge Cup tonight, comfortably in the end, they ground it out on a blustery night and a poor surface which didnt encourage any decent football and never really looked in any trouble. Goals from Owens, on his first start in a month, Jackson and Roberts saw Stockton through to await the winners of South Shields v Billingham Town

The manager made 4 changes to the starting line up from Saturday but there was no change in performance levels as the unbeaten run extends to 16 games.

It wasnt a classic tonight and any attempt at intricate football was pretty much scuppered by a drying bumpy pitch. Jackson was lively in the early stages and he linked up with Owens who tried to pick out Woodhouse but Aycliffe keeper Pickford collected the ball. Owens was involved again 8 minutes later when his on target shot was deflected for a corner.

Risbrough played in two nice crosses and the wind was making it difficult for defenders and Aycliffe almost came unstuck but Woodhouse couldn’t convert.

The Anchors took the lead on 31 minutes Mulligan played a through ball for Woodhouse who looked like he may have been fouled in the area but the Ref waved it away, Risbrough collected and fired in another good cross, which shouldn’t really have reached OWENS at the far post, but when it did the Striker was the first to react and poked home the loose ball from close range. 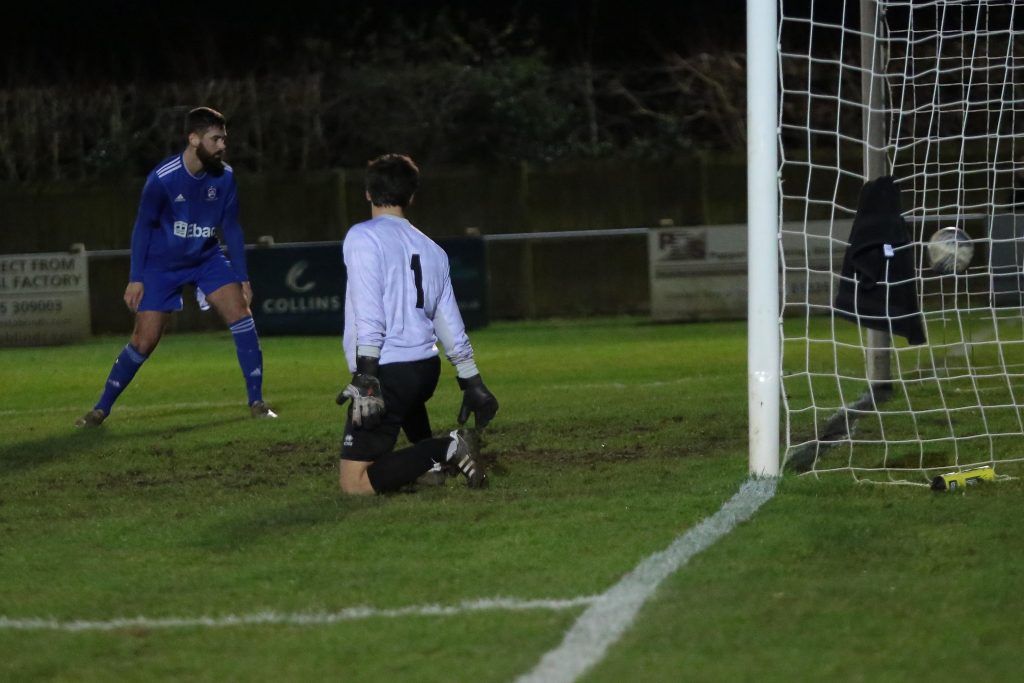 Aycliffe rallied a little and had a decent spell, but the confident Anchors defence dealt with it all in their usual efficient manner. HT 0-1

Stockton had to do a bit of defending in the opening ten minutes of the second half as Aycliffe gave it a go but even they fell foul to the conditions and they couldnt quite create much of note, Roberts tidied up a dangerous cross and the defence stood strong.

The Anchors were breaking out and the game was prety much over as a contest in the 58th minute when Craggs set Cieran JACKSON away and his shot nestled in the back of the net via a deflection from the defender trying to clear it 0-2. 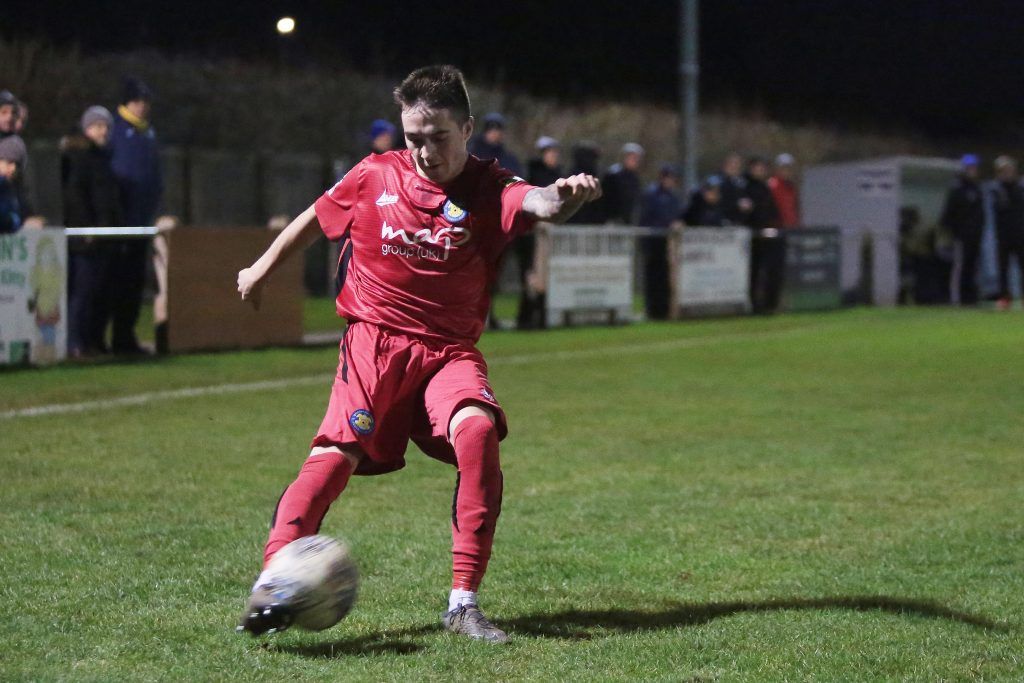 Aycliffe made a game of it but Stockton were creating all the chances, Owens shot was tipped onto the post by Pickford and then Risbrough fired just wide after being released by Roberts. The nearest Newton Aycliffe came was when Jarvie got into space in the box but as he pulled the tigger the pitch intervened and the efffort was scuffed into Roberts hands.

Stockton made it 3-0 on 80 minutes when a spell of pressure brought a corner from the left, Craggs swung it in and Nicholson headed back to Mikey ROBERTS who smashed it into the roof of the net from close range. 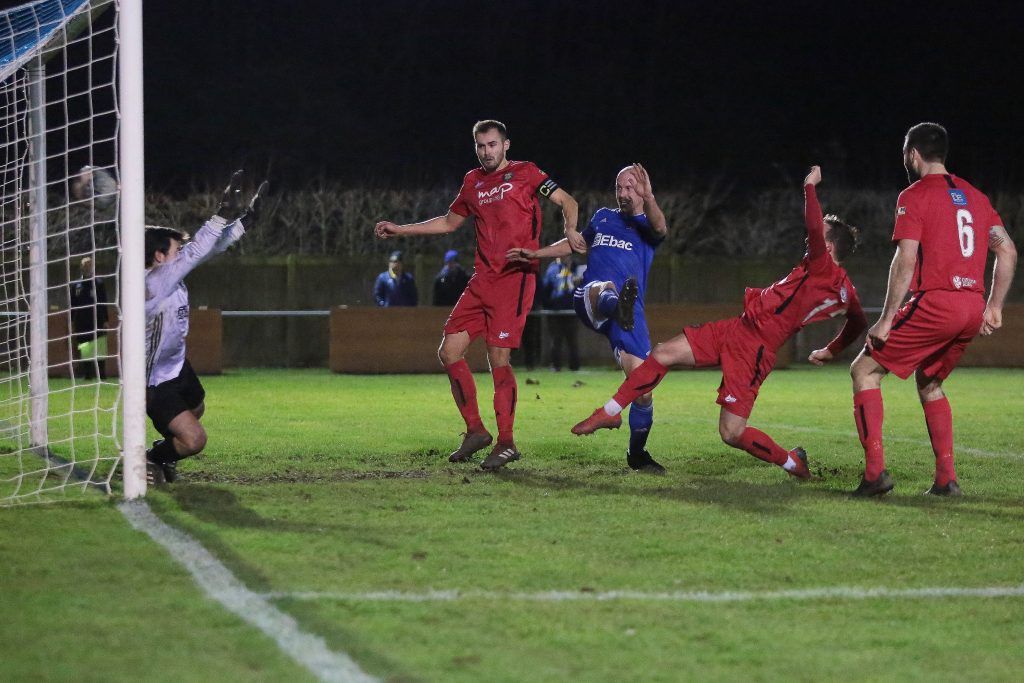 There was just time for Risbrough to work a good position and fire in a beauty which flew back off the bar to safety and the Anchors saw the game out comfortably. FT 0-3.

Job done and onto the next match, a lack of atmosphere and pace didn’t throw the Anchors off their game. It was a good professional performance in poor conditions, result never in doubt after the first goal, hard to select a MOM but Tommy Coulthard was pretty faultless as usual.

A few days rest and then a massive Vase tie for the club, there’s no respite but its exactly where the team wants to be, right in the thick of everything.