The Anchors showed a lot of patience and wore down a dogged and resolute Barnoldswick, scoring two late goals as the opposition tired and that was enough to see them in the draw for Round 3.

Michael Dunwell restored Jordan Robinson and Kev Hayes to the starting line up for this much anticipated FA Vase tie.

It wasn’t a classic but it was a good old fashioned hard fought cup tie, Barnoldswick were organised and disciplined and set out to deny the Anchors the space to play in, but in doing that probably didn’t give themselves enough of an opportunity to grab a goal.

The highlight of the opening 15 minutes was the first of several intricate corner routines from the NWCPL side, where the ball was played in along the ground and it worked, almost, as Gibson found himself unmarked on the penalty spot but unfortunately the centre half didn’t cover himself in glory with his effort. 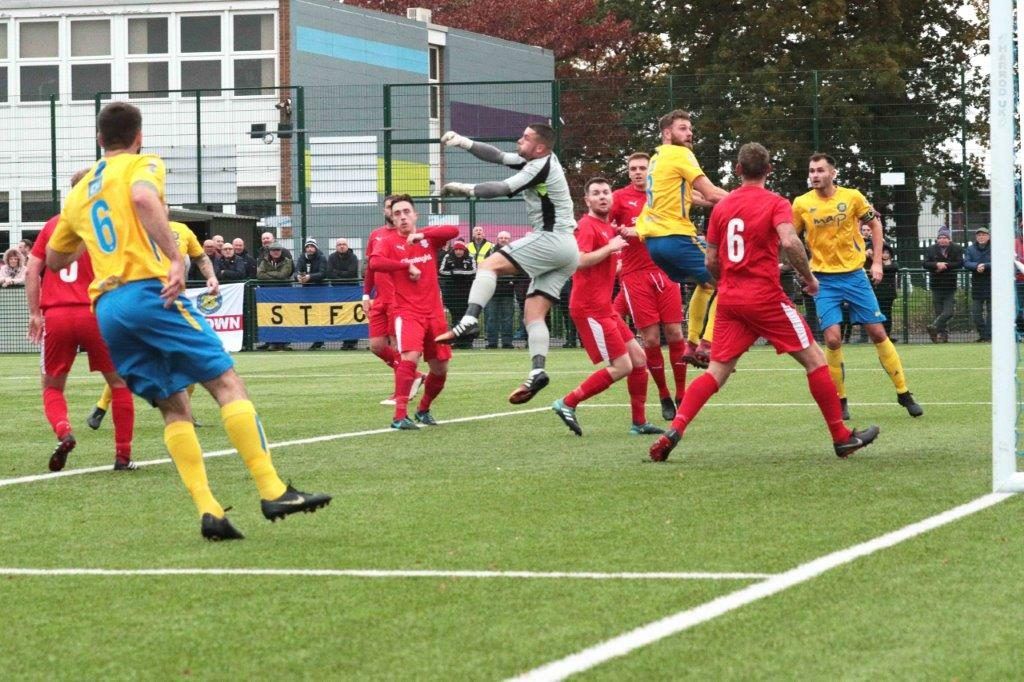 First Half was a tough watch

Neither attack was making any impression and it was Lewis King cutting in from the right and playing a lovely pass to Risbrough who’s first time cross was nicked off the onrushing Owens foot by Gibson for the Anchors first real threat.

Jordan Robinson livened things up, firstly with a bruising tackle on Noblet, for which he received a Yellow card, leading to a bit of a skirmish involving several players. Then he arrived to challenge for a corner ball and Livesey just got a fist on it to prevent a certain goal. 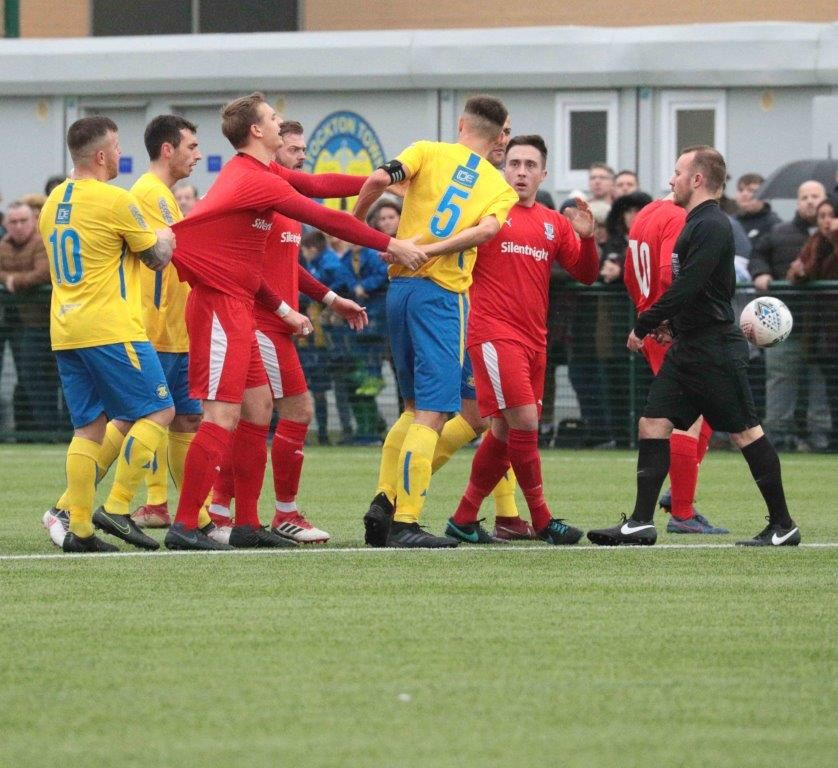 Barnoldswick were keeping the dangerous Kev Hayes very quiet and his best contribution came on 30 minutes when he skipped inside and took a return pass from Owens, his shot was well struck but straight at the keeper who collected comfortably. 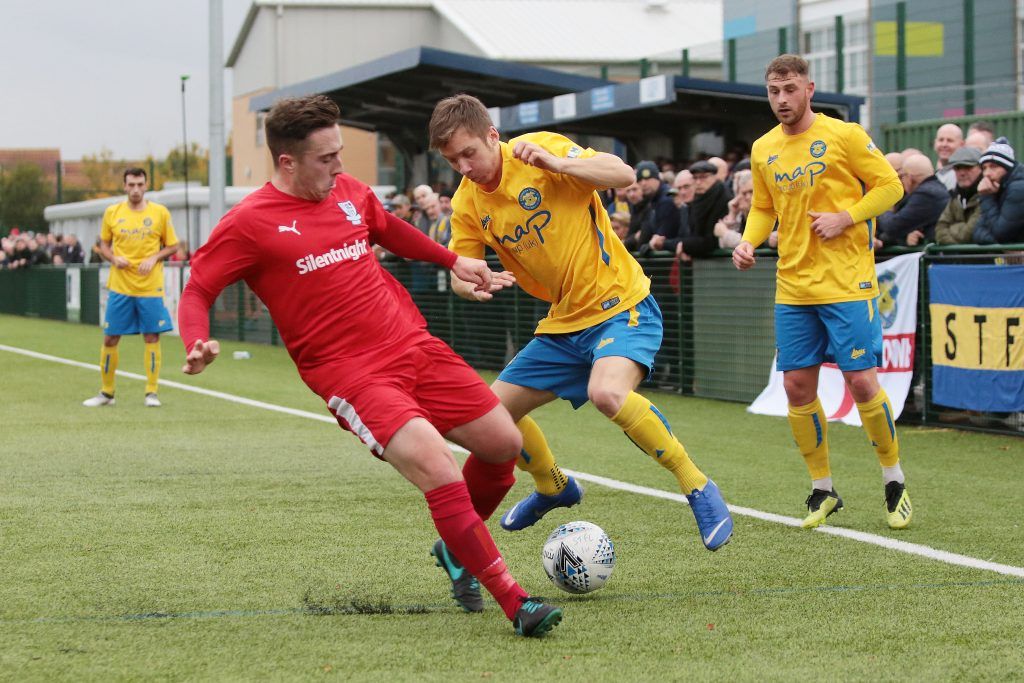 Kevin Hayes was kept quiet in the first half

The second half had to be a better watch and it was, The Anchors seemed a little slicker and as the work rate of the visitors started to take its toll, as the half progressed, they started to control things more.

James Risbroughs pace saw him beat the offside trap after just 3 minutes of the second period and he raced in on goal but his touch was little heavy and Livesey pounced just before the winger could nick it past him. 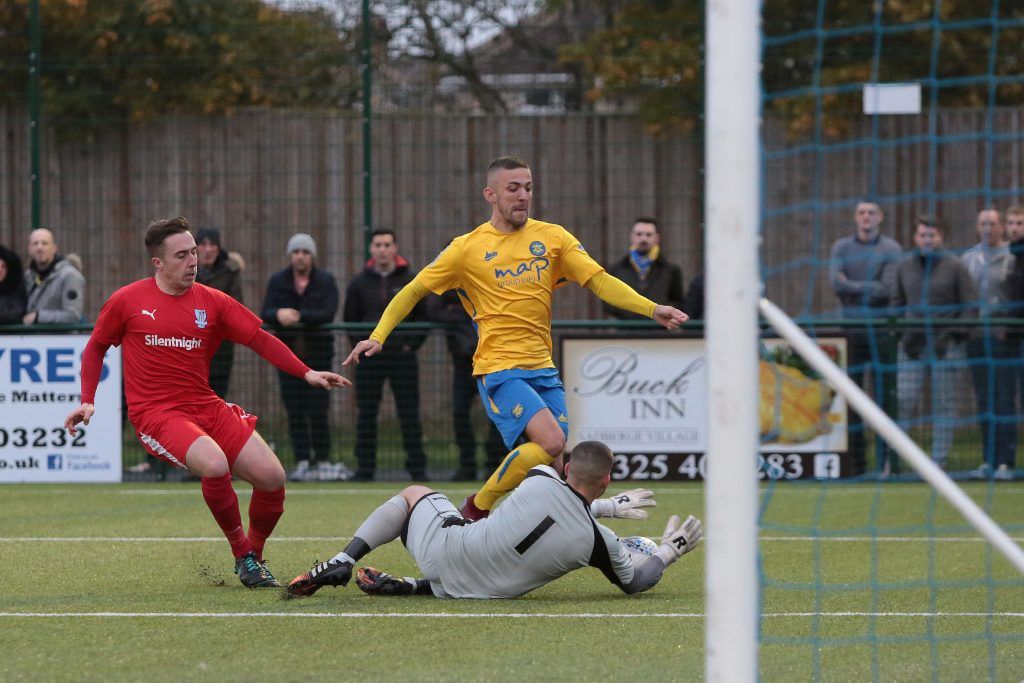 Barnoldswick’s Turner tried his luck from 30 yards and it grabbed the attention of Callum Roberts as the ball clipped the top of the bar.

Fred Woodhouse who’d been pretty much shackled for the best part of the first hour started to influence the game now as space appeared for him and he produced two moments of concern for Barnoldswick with a cross and a pull back into a crowded area, Hayes, another one getting on the ball more now, latching onto the clearance of the latter but firing over the bar.

The Anchors finally broke the deadlock on 76 minutes and it came from a patient build up working the ball from one side of the pitch to the other and involving most of the team, sub Bulmer played the ball in between the defenders and Jamie Owens crashed a left foot shot at goal, Livesey making a super save but he couldnt do anything about the rebound as WOODHOUSE, ever alert, knocked it into the empty net. 1-0 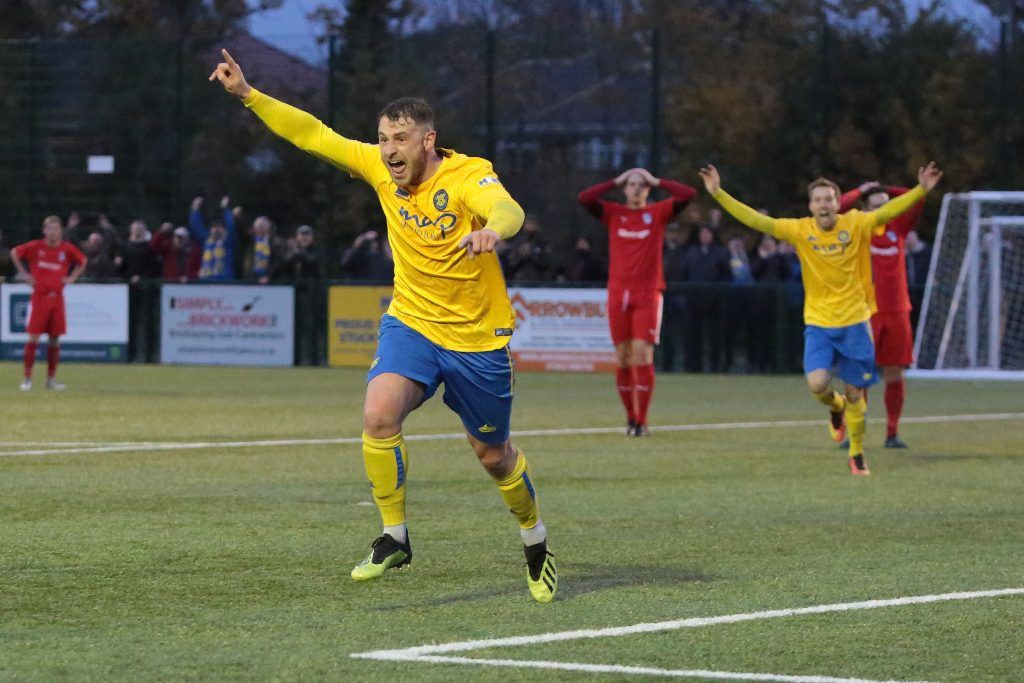 The home side seemed to relax then and pressed home their advantage, Barnoldswick’s tiring players couldn’t pick themselves up and just 3 minutes later Lewis Kings chipped ball forward into the box for OWENS was expertly controlled in one touch and despatched through the keepers legs with his right foot to seal the win. 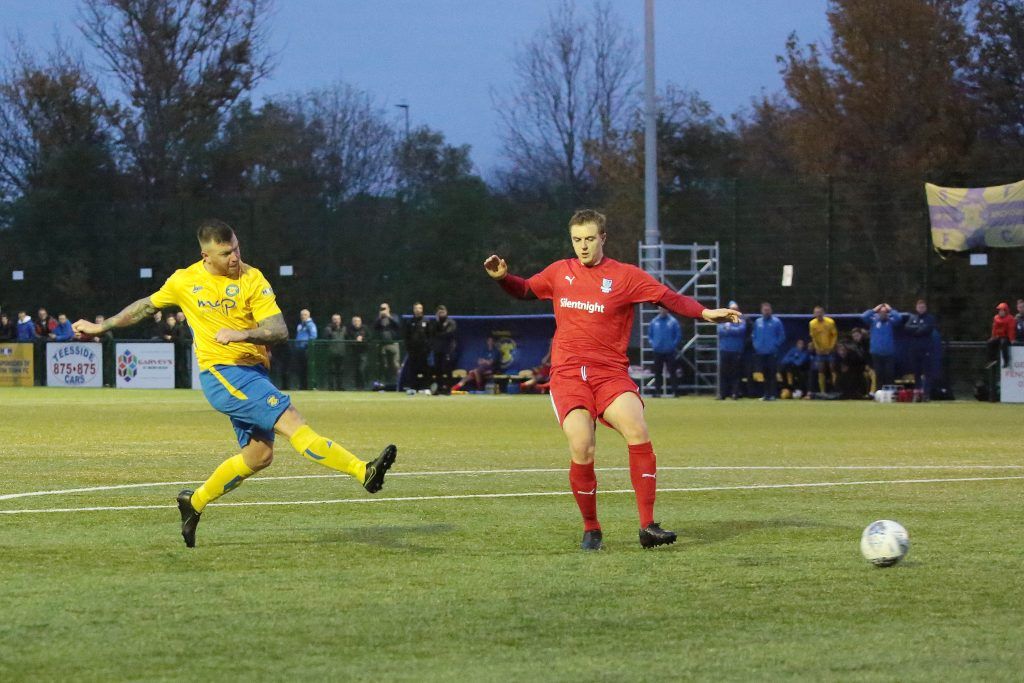 The visitors were now finding it difficult to contain the Anchors forwards but they fought till the end and Turner hit a low stinging shot from distance which scraped Roberts left hand upright and away to safety. Livesey was in action again at the other end in injury time with an excellent save tipping away Bulmers 20 yard effort. FT 2-0

Workmanlike rather than spectacular from Stockton today but it was more than enough, there was some anxious expressions appearing on fans faces until Woodhouse and Owens turned them into smiles.

Fred Woodhouse got the George Pub and Grill man of the match today but all the boys worked very hard to get the team into a position to close it out late on. Into the hat on Monday.