The Anchors fielded a strong side for this Durham Cup Tie and it showed as they cruised to victory against a Bishops side without a few regulars and with some youngsters on the bench.

Stockton pretty much dominated from the start taking advantage of lots of space in the final third.

After a couple of near misses for the Anchors, Jamie OWENS opened the scoring in the 17th minute when he played a neat one two with Woodhouse and powered into the box finishing into the far corner with the outside of his left foot. 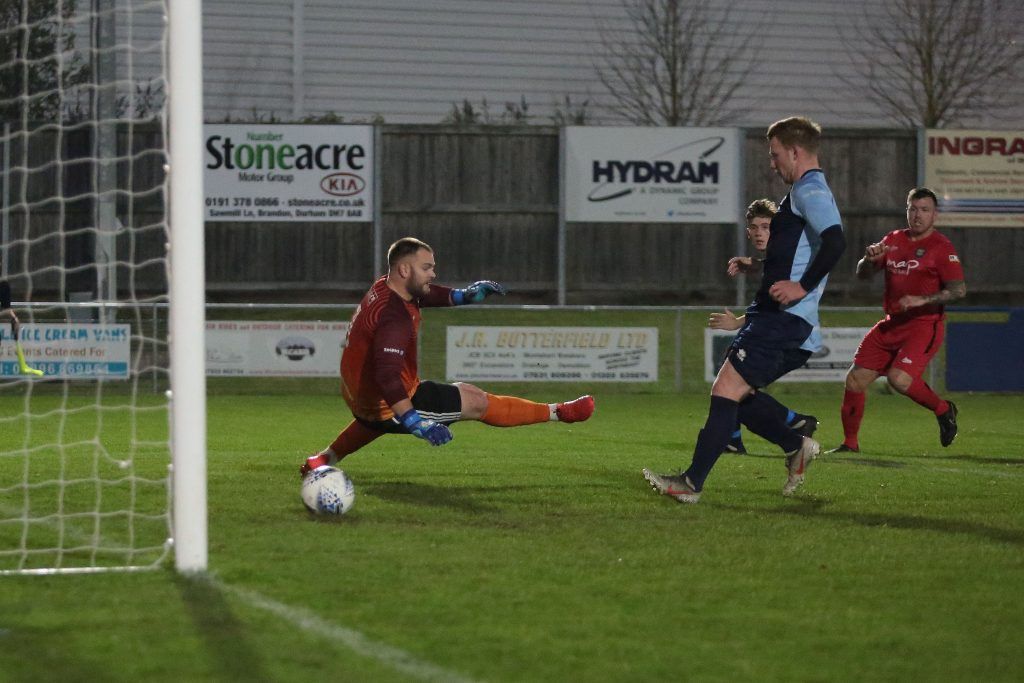 Dan McWilliams was causing all sorts of problems down the left charging forward
into space at every opportunity and he provided several dangerous balls into the box, his curling deep ball was inch perfect for Owens to chest down inside the area but it wouldn’t sit and the ball came back to BULMER who slotted it home from 12 yards. HT 0-3 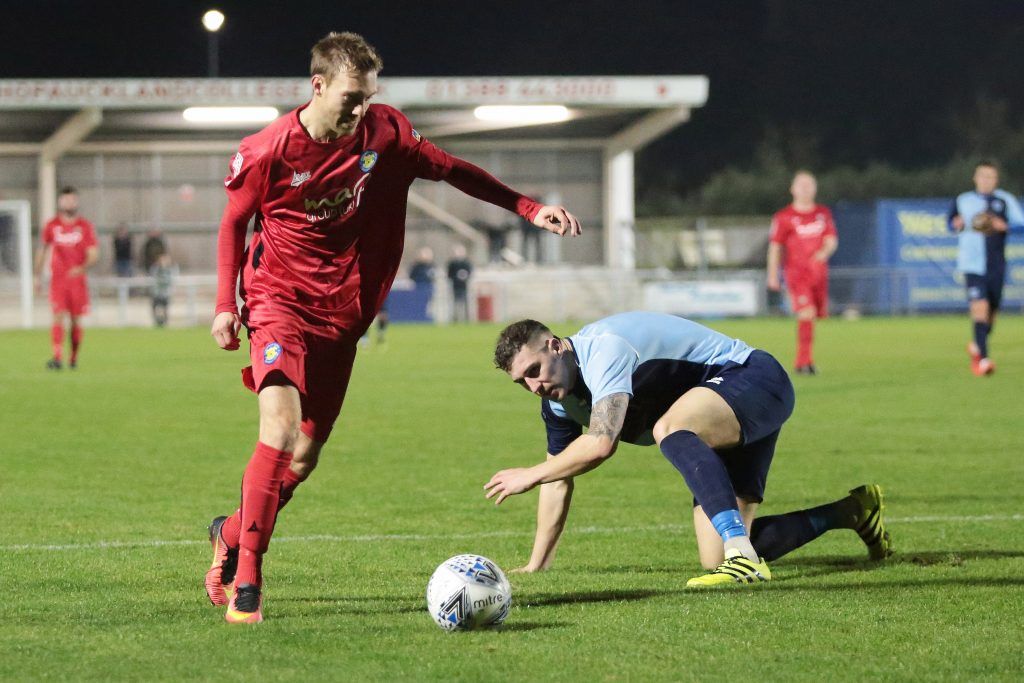 The Two Blues started the second half in lively fashion but despite their endeavour they couldnt make any inroads and the Anchors defence dealt with it comfortably.

The Anchors killed the game off on 55 minutes with their fourth goal, skipper Nicholson with loads of time hit a terrific 50 yard ball into the channel for Pete Bulmer to race into the box and find CRAGGS who finished a replica of his first goal.

The next 5 minutes brought 2 more goals as the Red shirts swarmed all over Bishops and exploited the space. Fred WOODHOUSE got his first of the night with a crisp left foot strike across the keeper after a good move down the left hand side. Then on 61 mins Max CRAGGS completed his hat trick with the goal of the night when he skipped past a defender and as the ball sat up for him centrally 20 yards out he drilled a left foot shot into the corner of the net to make it 6-0. 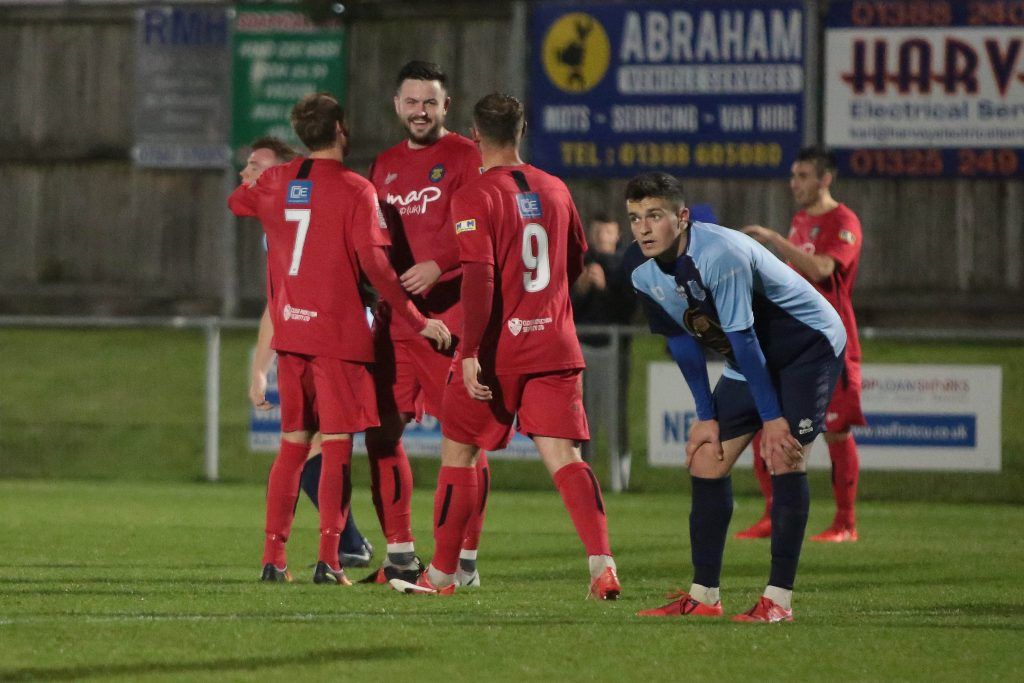 Man of the Match Max Craggs celebrates his hat trick

Both sides made substitutions and the game went very scrappy, Jackson went close twice for the Anchors and Harland hit the bar for Bishops from a clearance off a corner kick but the game had slowed right down as full time approached. 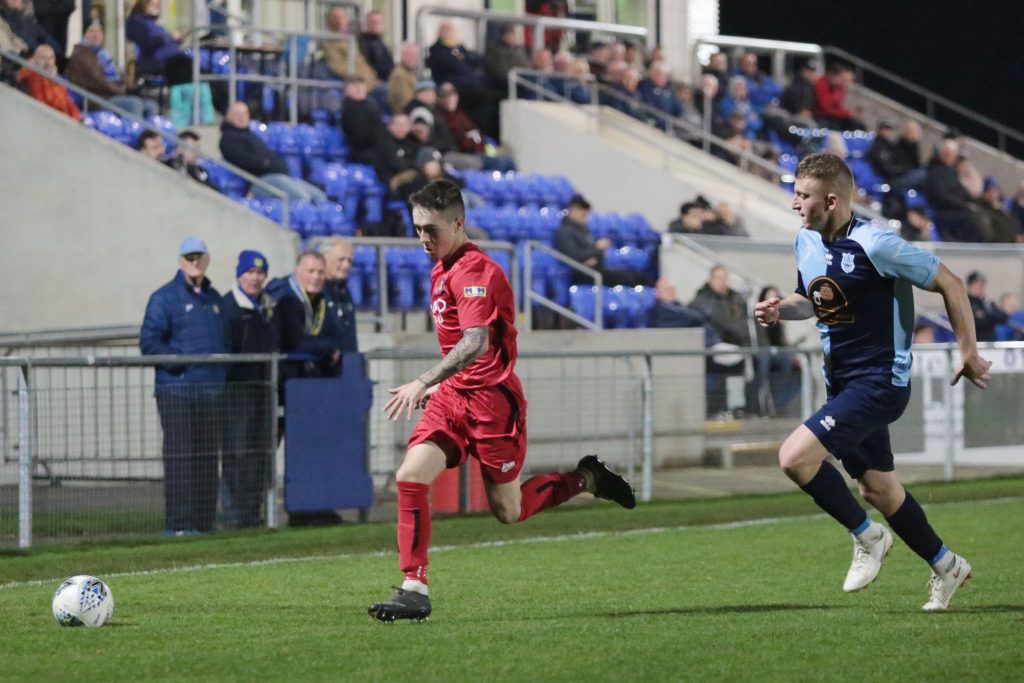 jackson was unlucky not to score in a lively little cameo