The second half started with Redcar on on the front foot and forcing a couple of early corners that Stockton cleared. The pitch was now cutting up and causing problems for both sides in what was turning into a midfield battle.  Davy Dowd down Stockton’s right was starting to cause Redcar problems linking up well with Matty Garbutt to deliver a number of telling balls into the box that Redcar defended well. Manager Michael Dunwell made a change on 65 minutes when Macca Langstaff was introduced for Chris Stockton. There was also a change in formation with Macca Langstaff joining Kallum Hannah up front and it was this these two that almost immediately brought Stockton’s second. Kallum Hannah picked up a ball with his back to goal down the left channel, turned and fired across goal where Macca Langstaff was waiting to slide in and score his first goal in the Club’s Senior Team after stepping up from the U18′s, in the 70th minute. 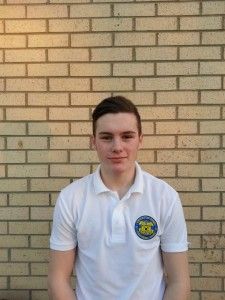