A lone late goal from full back Lewis King was enough for the Anchors to collect another win and extend the unbeaten run. It wasn’t a classic, Thornaby worked very hard to contain the Anchors but in second half the League leaders took control and played mostly on the front foot carving out lots of opportunities to open the scoring only to see Thornaby’s keeper Dawson deny them on several occasions.

Nicholson and Bulmer were restored to the starting line up today, Craggs and Risbrough dropped to the bench as a huge ‘record’ crowd gathered for this Boxing Day derby.

The game started quite brightly and Thornaby had the first opportunity as Preston wriggled free in the box but his effort was blocked by King. Jordan Robinson linked with Mulligan 5 minutes later and shot from the edge of the box but wide as Thornaby sat deep, worked very hard and denied space to the Anchors in the early stages. 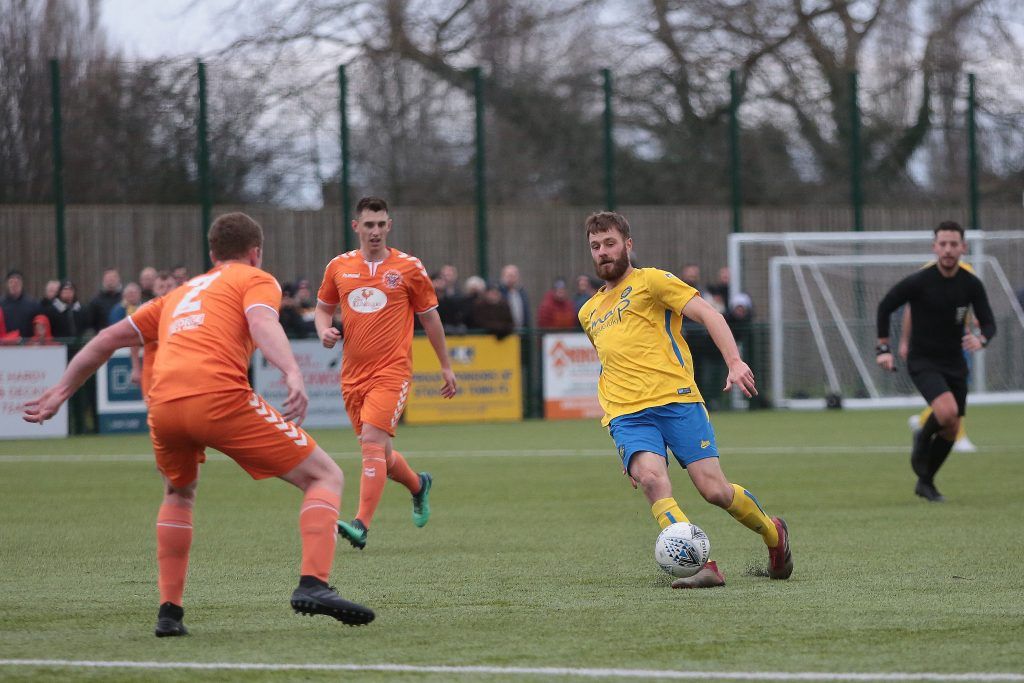 Jordan Robinson with another superb display on his 50th appearance

Mikey Roberts turned nicely and fired in a low shot but Dawson made the first of several key saves when he got down to push it for a corner. Thornaby had their moments too and Jackson worked his way across the edge of the box and brought a save out of Callum Roberts low down to his right. 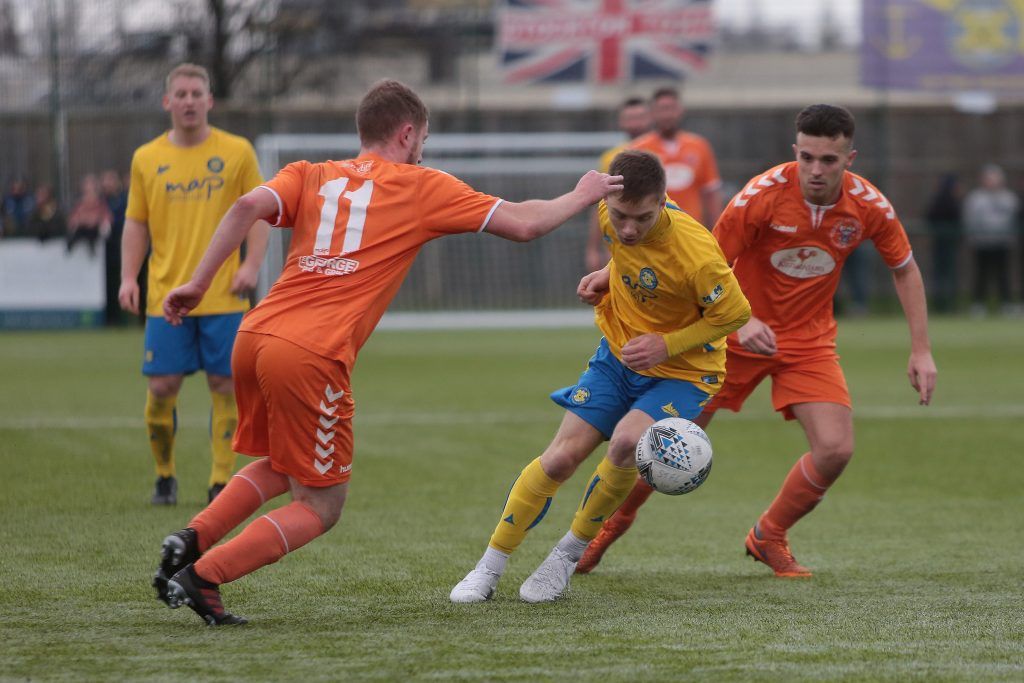 Stocktons midfield was starting to fire now and Portas beat the press and set off on a surging run reaching the 18 yard box before shooting but Dawson collected easily. The Anchors best move involved Mulligan, Bulmer and McWilliams and was a sharp attack down the left ending with the full back clipping a cross in, Hayes tried a scissor volley but couldn’t connect properly and the ball bounced up into Dawsons hands. HT 0-0

Second half had a slightly different complexion, Stockton had plenty of the ball and Hayes, Mulligan, Roberts and Bulmer were causing problems with their movement as Thornaby started to tire. Mikey Roberts and Kev Hayes had several good efforts on target but couldnt get it past an excellent Dawson, an acrobatic overhead kick from Roberts looked to have done it but the keeper somehow blocked it with his left leg and the ball bounced back into his hands as he sat on the floor. 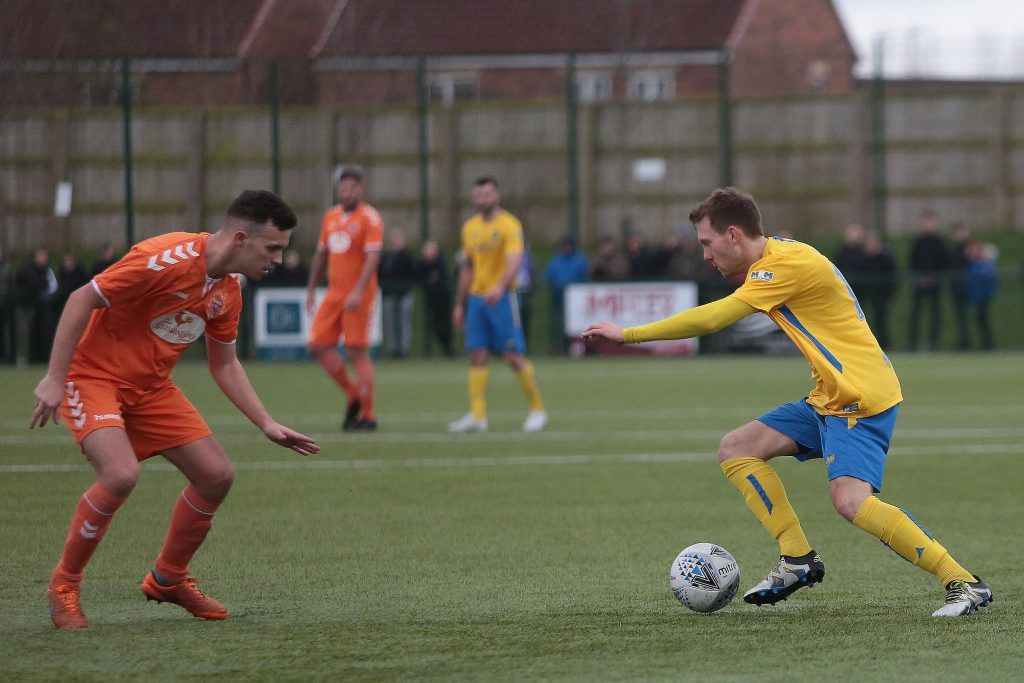 Hayes cut inside and picked his spot but his controlled curling shot was inches wide of the upright with Dawson beaten and then Hayes went past Bailey again and pulled a ball across the box but no-one could get on the end of it.

Roberts best chance came from a swift move down the left Mulligan working it across the box and feeding McWilliams who picked out the striker in the box but his flicked header from close range went past the far post. A few minutes later he was denied again with a fiercely hit shot bringing a super save from the Thornaby stopper who beat it away one handed, the onrushing Woodhouse could only watch as it bounced over his head to safety.

The defining moment of the game came on 78 minutes when a corner from Hayes was cleared and Lewis KING collected the loose ball and drifted inside. Moving it onto his left foot he used the defenders in front of him as a screen and curled it towards the far post, unbelievably Dawson got a hand to it but he couldn’t stop it and it went in off the post for the young defenders first ever goal for the club. 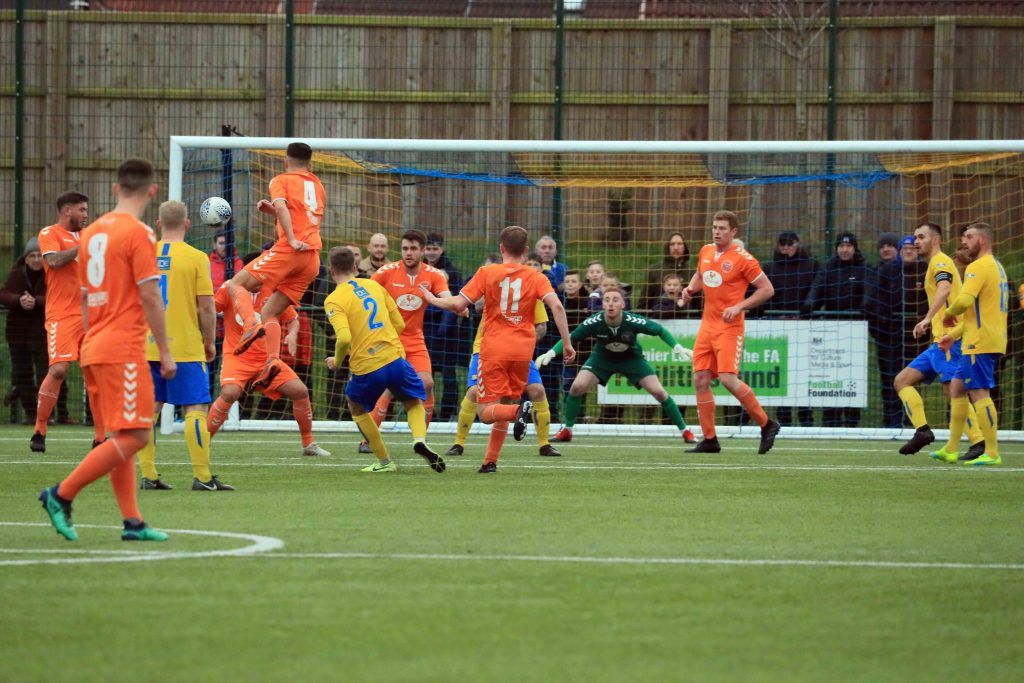 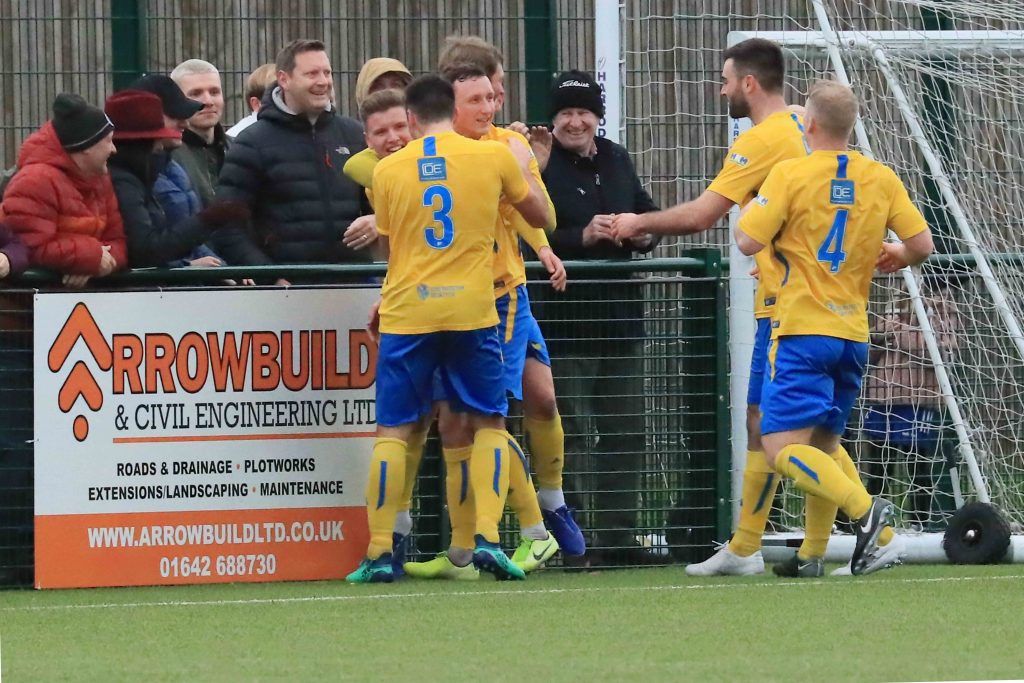 King is mobbed by his team mates

The Anchors had a couple more good moments, Risbrough using his pace down the left on two occasions to create opportunities in the box but Thornaby scrambled it away. Stocktons excellent defence and midfield were solid again and saw the game out comfortably FT 1-0 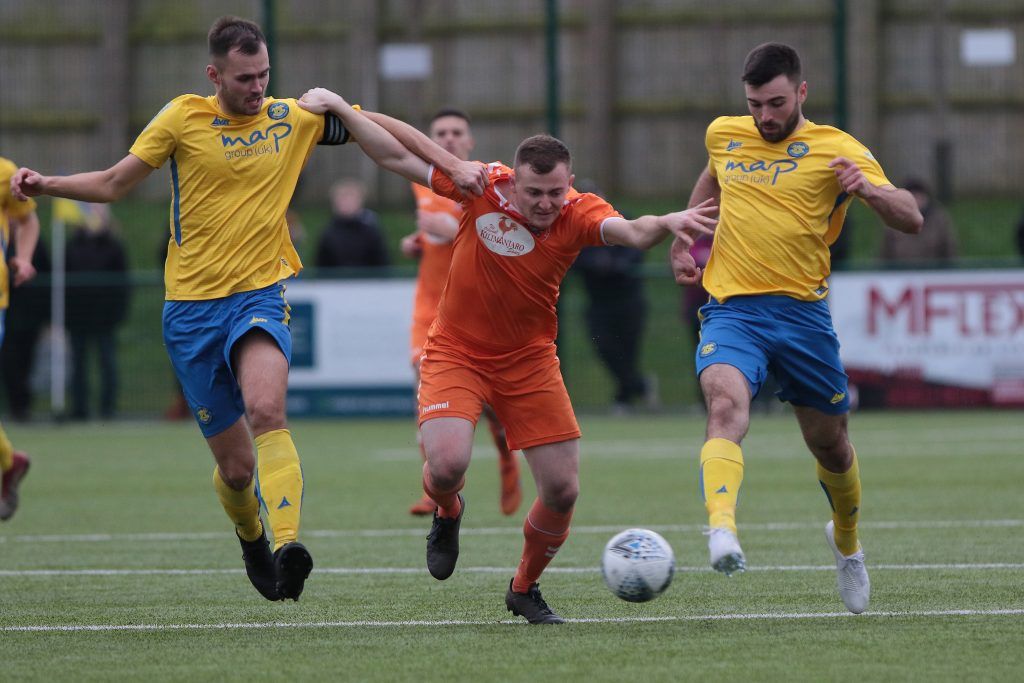 A workmanlike performance today by the Anchors, second half they were brighter and on another day would have had 3 or 4 but the winning run continues and another clean sheet added to the impressive total already.

Adam Nicholson got the sponsors Man of the Match but there were several others who could have got it also after a solid performance in front of a massive crowd, thanks to everyone for their support. A week off now before another tough derby game with Billingham Town.